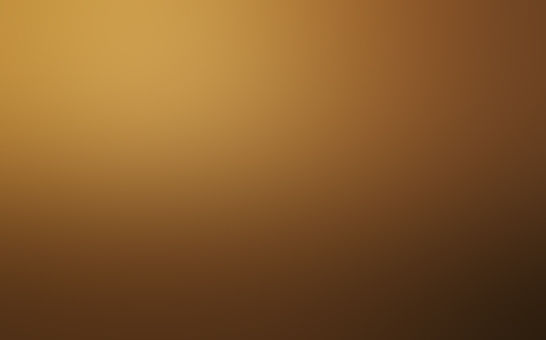 It was a table large enough for four people were we sat. And there were drinks, all made by myself, in front of us.

In front of me on the opposite side sat a man with glasses a clipboard with some documents and a pen.

This guy, who seems to be a pedagogue or psychologist, is now going to ask me questions to check if I can leave the facility in my current state.

"How are you feeling at the Moment Duo? Recognized any problems or issues in your current situation?"

The Guy, who either was really nervous or just had ADHD, judging on the fact wow he's clicking with his Pen,

looked at me and took turns with his eye contact between my bodies. this should be a normal thing right? I feel uncomfortable.

I started to talk, like always with both Bodies at the same time, "There wasn't anything I thought of as uncomfortable which I wasn't expecting.

I finally got used to multitask' my bodies actions and I managed to deal with my other abilities. But I sometimes still have issues to focus but that is normal."

The guy took notes. does he need to categorize this?

"Well, I obviously felt twice as tired at certain points but the physical exhaustion was only bound to one body.

I'm not that easy to stress mentally so there was no problem. just the tiredness and my normal mood swings."

Again he was taking note. Did they expect my bodies to share exhaustion too? Even if it is literally impossible?

"And how about the ... physical... differences? Did you recognize anything that is worth mentioning? like your mood swings?"

"Except for the obvious physical differences, which causes me to dress differently all the time and the period pain,

I can't think of anything. I always had mood swings due to my depression so that is not a change either."

He looked surprised for a second, then he looked in one of the other papers and mad a head movement that looked like he found an explanation.

"I heard btw. that you were sick recently due to an Experiment you suggested. What was that about?"

"Oh yes, we tried to give me another special by trying to make my bodies sick with illnesses which got opposite effects.

One was heating up my body and the other was cooling it down. Due to this experiment, I know can cast pyro- and cryokinesis."

The man looked surprised, but more in a respective way as in an actual surprising way.

"That basically makes you the only person in this Facility who owns three specials. your appearance, and your both thermal kinetic abilities."

"Is there someone that owns 2?", I asked curiously, "Yeah, there is but that person is part of the Higher ranks."

He noted something down again. The Cups I was drinking the whole time, I decided to empty them now.

"Do you have any sexual Intercourse?" I chocked on my drink because of this Question. Why does he need to know this?

"I'm just guessing and say that this is a Yes! Am I right?", I tried to avoid eye contact with both of my bodies.

"The only other question would be with who?", I still try to avoid eye contact. "Charlotte? Pluto? Peter?"

"It's non of them!", I answered, "Well, it is a taboo for some people to sleep with their friends.", "As if I care about this!"

"Then who is it?", I again remained silent, that is kinda embarrassing to talk about, especially in this case.

"That gives us a better picture of how you are feeling in your body and how it affects you."

"Are you serious?", "Yes, I am. Your Sexual behavior in your new body does not just say a lot but also influences you directly."

"And I hoped you were joking." His mask seems to have fallen off all of the sudden and he said then,

"No, not at all. A lot of our "beastmen" candidates, for example, started to have more intercourse in general especially in their non-human form."

"Ok, considering that a lot of them might be furries that is definitely possible."

"So it is particularly interesting to know how you are at this point. You are a Unique. The only one of its type so far."

"I thought unusual weren't that uncommon?", "They aren't uncommon but all of them are different, none of them is similar to each other."

"Ok then. the Person I slept with is .. m____f." I said the last word so quietly that even I couldn't really hear it.

"With who?", an awkward silence was noticeable all of a sudden, I really didn't want to say this. "I need to know this DUO!"

"Myself!!!! Are you happy now?", The Guy suddenly went quiet, "Oh, now it makes sense that you don't want to tell me.

"I really don't feel like talking about this right now.", "Honestly! That was a theory we went with anyways.

cause it just makes sense. No matter what Body gets aroused, the other get aroused shortly after.

that can then turn into an echoing effect that gets stronger other time till your Bodies satisfy each other."

"Relax! As long as this is your only issue and as long as you don't get yourself Pregnant with that attitude you're free to go!"

"Wait! Really?", "Yeah. This Interview was more for Research then anything. As long as the other Problems don't appear to be unsolvable...!"

That went smoother than I thought. That means I can now finally start a new life outside.

that I can finally meet my old friends and family again.

where do I go then? How about a School in Japan?

I sure look young enough for it.

I'll take the other three definitely with me