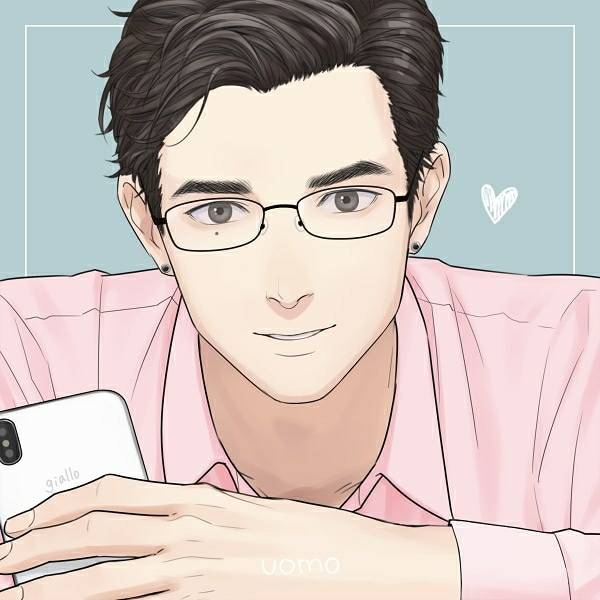 When our university announced the looming issue, you can feel everyone's panic inside the campus.

Each individual is directly banned from using their cellphones unless necessary. The internet connection was blocked from getting through any device.

The computers in Uni's laboratories were rigged to never connect to any external existing networks. It was utter chaos.

It was like an internet martial law was implemented on everything that can connect within the web from the campus.

We're not alone in doing so. Several universities around the region have implemented the same "band-aid" solution.

Newscasters from television companies sprung from every direction to publicize what was happening.

So far, there had been a total of seven students that had already taken their own lives and my university's been trying their best to never witness another student inside his or her dorm or house lifeless.

And, believe it or not, the source of all of this ruckus is an ongoing video.

Nobody knows what kind of video it was; I had no idea what the fuss was all about until it reached our dorm one day through a written physical mail.

From then on, I strongly believed that no one would even dare to ever view that video for it could be a matter of life and death for them. The lethality of that said video was just staggering.

What's weird about these incidents is that the causes of its victims' suiciding, or how they have done the "deed," provided no clues to piece the whole puzzle as a whole.

They checked if these students had any suicidal tendencies or mental health issues.

They even looked at each of their family histories and conduct a thorough investigation in each of the victim's privacies and family backgrounds.

All the information I've heard and read is through written mediums or by eavesdropping in conversations of the guards that surveys the school perimeter.

The majority of the only thing people see inside the victims' dark and shaded room is their corpse lying on their bed with skin so cold and pale, their eyes bloodshot, and their laptops or computers left operating -- lighting their dead, untouched bodies.

Chosen authorities are tracking the sources of the video. Some of my colleagues, friends, and classmates are also taking their parts to investigate the matter.

But unlike what authorized people would do, some of these people are doing it for different reasons.

One day, when I and my other friends were under the shade of a tall tree beside the university canteen, my techy friend, Dany, said abruptly that he bought a copy of the video from an underground criminal black market last Monday. Of course, we protested for what he did. We persuaded him of watching it at his own cost.

He just shrugged and excitedly ran to his house, just a few blocks outside the university. He wasn't present to any of our class after the next few days.

When the news came, it shocked all of us: his friends and the investigating authorities inside the campus. Dany was found lifeless inside his room.

They pictured it as if watching the same horror movie again and again; the same old story that was just "that" horrific and terrifying, it remained within their subconscious thoughts -- and kept showing in their nightmares.

People in the block near his house reported a foul, nauseating odor coming from his flat. And when authorities investigated, they found him.

They said that he was just like the other ones who died, but his body's already decomposing that special people from the morgue had to retrieve it from the setting.

The event took a huge toll on me and my friends, of course. Even though he's been clumsy and not careful with his actions, he was still our good friend. The toll lead from curiosity to hatred and anger. And then, questions suddenly popped out of nowhere inside my fickle mind.

I wanted to search for the answers. I wanted to know what was going on and what that video is. And I wanted to find out who made them.

I was well aware of the risks, and the overpowering threat. But if it's for saving more people from having the same fate, I believed it was worth the shot. Just imagine what would happen if it falls in the wrong hands.

They could resell again in those black markets and use for... other reasons. So, I devised a plan. It's a good thing that I know the university very well.

On a Tuesday, past midnight, I quietly snuck out of my dorm and swiftly ran outside. I hid in the corridors, went through unlocked rooms, and avoided roaming university guards.

I went to the back alley of the school, closed into the nearest parking lot, and climbed out of one of the lowest and hidden fences surrounding the area. And then ran out to the dark asphalt road.

I arrived almost two hours later at Dany's empty house. Police lines were stretched and taped in all perimeters, even across the entrances.

Luckily, Dany gave us all a spare key to his house just in case we had thoughts of having night outs, parties, and other late-night escapades -- it never occurred to me that this is what I would be using it for.

I climbed over his house's fence and walk through a patch of overgrown wild grass to reach the back door. I silently tear the police tapes blocking the back entrance.

I hesitantly inserted the spare key inside the keyhole and the lock of the door clicked. My hands were shaking as if they were doused in cold water. I opened it quietly and the creaking echoed inside the house. I slid inside and slowly closed the door. I searched for the switch and turned the lights on.

It wasn't working, but I did carry a flashlight with me.

As I shone across the space of his house's interior, the living room was seemingly untouched. His damped clothes and crumpled school papers scattered everywhere.

I climbed up the stairs, silently walked through their dark corridor while lighting my way using the flashlight.

I touched the doorknob of his room and it suddenly clicked. I twisted the knob and slowly opened it. I took a few steps inside his room. It smelled like a thousand piled up biodegradable garbage. I looked around, looked for clues, or anything I could use. When something almost flashing caught my peripheral vision.

Surprisingly, his old laptop was under his bed, with an old mouse and his favorite headphones still connected to it.

That guy never bothered to clean up, anyway, for another day is another day to some wild techy stuff even I couldn't understand. Luckily, he's left me a few tricks in using some software and hardware.

I first observed the area. I closed Dany'd bedroom door and covered all the windows before sitting and placing myself in front of the dark screen. I could get some clues here that other investigators couldn't find.

I put the flashlight beside me, lighting my back, the laptop, and everything in front of me.

I pressed the "on" button and waited for the reload thingy to complete. As I was fidgeting all over his laptop, I suddenly touched something hard that is, somehow, still connected to the laptop. It's was a small piece of a flash drive, a USB. I remember that time when Dany talked to almost a week ago, and he was holding something on his right arm.

The video must be inside it. I stared at it for a moment and took a long, deep exhale, until an unknown window popped out of nowhere.

I clicked the folders to open them up and saw the video file named in random letters and numbers.

But I stopped for a moment and thought of going to the authorities first to surrender the video, or to anyone capable of handling this kind of stuff.

But I was at my limit. I felt like my curiosity grew even deeper the more I observe and stare at it. It was excruciatingly painful just thinking about it.

It's as if something inside was pulling me, influencing me to open it up and dig a little deeper.

I hovered the mouse on it, and hesitantly double-clicked on the mouse I was handling. It opened another folder, with random letters and numbers jumbled in its name. I couldn't even rename them.

It's as if they're highly protected with an advanced kind of technological security I don't know. It kept going and going until the final opening of the folder led me to an unnamed video file.

"Are files like these even possible?" I muttered out of nowhere. But I didn't hesitate to finally open the file. My mind was screaming a lot of doubts, but my hand had minds of its own.

It was in full screen as it loaded for a few seconds before finally starting to play.

The video started, but it was dark. Very dark. As if it was below the pitch darkness of the deepest ocean. But then it got a little bit lighter and lighter. And then it just stayed that way.

I thought I had paused it accidentally but the play bar below the screen kept on moving. After a few checks, I've realized that the video had no time limit.

The play bar was continuously moving in a loopless, endless line. I toggled and moved it forward and backward a hundred of times. I looked at the screen again and it got even lighter.

And then it showed me sitting in front of it.

I must have been having some kind of illusions. No, the front camera wasn't on, either. I squinted my eyes just to make sure that it was me.

Within a few minutes, a shadowy figure beside me slowly showed up.

It was a huge, towering figure and it seemed like it was bending its back. It was looking at the screen, as I was to it.

And then I realized that it's not bending its back -- it was sitting right next to me, watching with me.

I looked at my side but saw nothing. I couldn't feel or sense anything, either.

I was petrified. Horrified, perhaps.

It began to be a very black figure until it also got lighter. And then it stopped from adjusting to brightness. I clearly couldn't see it if it's some kind of a humanoid appearance or not.

A spine-chilling grin showed up. It grew wider -- and wider.

I had to stare at it in terror for a few seconds -- until finally coming to the sudden conclusion that those were the only time I had left.