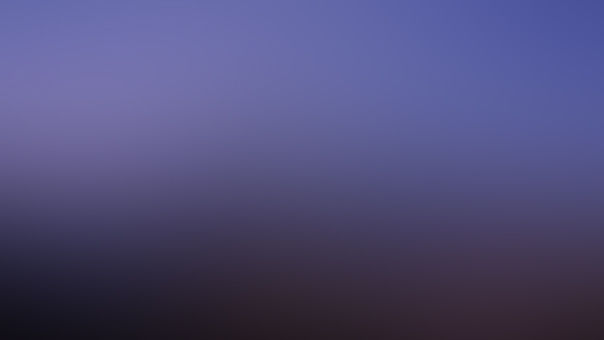 cloudstrife00t Author of fanfics
Autoplay OFF   •   7 months ago
Transcript Use Images
Tatsuya and Miyuki wake up in a strange world with Monsters with them is a system but it doesn't speak?

On the colossal St. Ancestral Mountain range, sunlight shined through the gap between the mountains into the deep canyons. On the hillside beside the valley, some snow remained.

Even though it's already early summer, the snow has yet to melt. The cold here is exceptionally long. The roars of beasts can occasionally be heard.

On the surface of the valley stood a magnificent city.

The world outside of the St. Ancestral Mountains has been occupied by the beasts. The people living in the mountain range have not contacted the outside world for hundreds of years.

The people who live in the city are unsure of the situation of the outside world.

It's been recorded that at the most glorious period of mankind, having thousands of Legend rank Fighters and Demon Spiritualists, the humans established many empires in the vast continent,

but those empires have been wiped out.

The city, due to being stealthily located geographically, was well preserved from the Age of Darkness. They would occasionally encounter attacks from powerful Snow Wind Beasts within the St.

Ancestral Mountains, however, after going through numerous devastating conflicts, the city was being rebuilt again and again.

These motley walls were an indomitable monument.

This city is called Glory City, and it is a symbol of hope for humanity.

A robust man majestically was sitting in a room that looked like an office while holding some papers in his hand. He's wearing a grey robe with his hair tied to the back.

His face was solemn and had a feeling of prestige around him.

A child with dark black hair and clear blue eyes was standing in front of him. He had a small physique about 5 or 6 years old.

The robust man said "Do you want to learn alchemy" the man was surprised by what the child had asked for. Usually, children his age were playing around without even knowing what alchemy was.

Some time ago this child and a girl came from outside the city with his brother. When his father and his brother found them they just killed a demon beast.

Seeing that his father decide to Adopt them and send them to Glory City to nurture them.

It has been a month since then and this was the first time the child was asking him about something.

"Yes, I used to read the books Mom and Dad found in the ruins. So, I had an interest in alchemy. I read about it in the library but I would like to properly study it from teachers.

" The Child spoke in a confident voice.

He had a serene expression that made him look confident and yet not arrogant.

"I see, I can send you to the Alchemy School but are you sure you want to since you won't be able to train for being a fighter or demon spiritualist," Ye Zong said with a serious expression.

"I will try to keep up with both training and studying if I can't then I will quit the one I feel lacking."

"Well, If you are so determined then fine. I will talk to someone from the Alchemist Association." Ye Zong said with a sigh.

Tatsuya bowed and said "Thank you, Father" and then turned around and left the room.

In a yard near them

Miyuki was sitting with Ziyun thinking about all that happened in the past year. She was announced to the new clan head of Yotsuba's and she confessed to Tatsuya.

That night they slept together but when she opened her eyes they were in a different world. One that was filled with monsters.

They were traveling with a man named Ye Xiu and were brought to a place named Glory City.

Although it was called a city it was no less than a kingdom. It was backward and their magic had stopped working. She thought that she was just dreaming but everything felt real.

The air, the voices, the sand beneath her feet. It was then that suddenly a status window appeared in front of her face.

They heard a voice about how they have been brought to this new world and to activated the system features they must complete the tutorial.

Currently, she could see her name on the top right of the purple screen with her photo and some centered text beneath it.

Other than that there was no hint. Although she and Tatsuya came up with a few hypotheses of what could that mean.

There were many things they could study in this world. Like Inscriptions and Alchemy and Cultivation.

There were also fighters and demon spiritualists they were divided into 5 by 5 levels.

While Each Rank was further divided into 5 Stars.

Some were cast on items to give them property while others were written on scrolls and used in battle some were used like arrays that had a large area effect.

Since Tatsuya was a master at that he decided to study alchemy which was interesting to him.

She, on the other hand, was going to focus on studying the history and geography of this world and the political patterns of Glory City. She was going to teach some martial arts to Ziyun.

Suddenly a rustling sound caught her attention when she looked towards it she could see Tatsuya walking towards her.

She stood up and started walking toward him with a smile.

'Although the last few months have been weird I am happy since I and Tatsuya get to live our childhood again. I want it to be better than the last time'

"Tatsuya-gege did you talk with father"

"Yeah, he said he will arrange a position in the alchemist school, I will be joining from tomorrow."

"Then I should start taking my classes too"

and then, a few months later

Somewhere in a white room filled with test tubes, beakers, flasks, and such items.

the cleavage of her well-gifted breasts.

Her name was Yang Xin. She was orphaned at a young age and with her efforts rose in positions. There are rumors that she will be the next director.

"Tatsuya, How are the results," Yang Xin asked as she looked at her student.

the other old man didn't want to deal with a child so they left his responsibility to her.

To her surprise, the child really was a genius, and not only that he was very patient and hardworking too.

"Teacher, there is some progress. According to the result, we will be able to increase the success rate by another 62% but there is no change with efficiency.

" Tatsuya said while sighing about the result.

Yang Xin smiled as she patted his head "We should be happy that we were able to increase the success rate by so much.

With this creating, these will be 10 times easier and the cost will go down by a lot."

"I know but that doesn't change the fact that it has very low effectiveness. In the end, although we have a lot of alchemy knowledge here it is bloated.

There are more things about what not to do rather than what to do. It is unnecessary we need more knowledge." He thought about the books he has read many books but like he said they were bloated.

There were more problems than solutions in those books because there were no computers or machines there was nothing he could use to calculate or compare data.

and reconstructed 333 times. In the process, we lost much of our Alchemy knowledge. Although we have many books many of them are written in old languages that no one can read now."

Yang Xin had a miserable smile on her face.

She soon cheered up and a dazzling smile appeared on her face as she took out a Grey Robe from her interspacial ring. "But, With this, you are finally a primary apprentice.

Although you have enough knowledge to become a master we don't want too much attention otherwise who knows what those dogs from Dark Guild."

"Thank you, Teacher" As soon as Tatsuya took the Robe from her hand a status screen popped up in front of him.