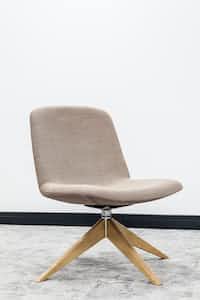 "Anyone up for the job?" The General screamed

"Alright, Agent OC, you're hired." The General exclaimed, hitting him with a nice thumbs up

I got to work that night on the case of the mysterious new mafia that had emerged from the depths of brooklyn.

In my office of NYC, I was greeted with the case file that contained little evidence to put them in jail.

The only evidence that was in there is a copied note to one of them to answer a call at 3:00am EST tonight, so I am stationed at the machine to intercept the call.

It is 2:57am right now and the click of the call starting has just chimed in my ears.

"Hello?" The first voice was heard

"SHUT! What is the password?" The first member shouted

"pneumonoultramicroscopicsilicovolcanoconiosis" The second one state with ease

"Correct, meet me at the shipping docks, NOW!" The first one yelled

I jumped out of my seat, sprinted to the car, put my seatbelt on, and floored it

to the docks to watch them. Five minutes later two cars pulled up and four guys got out of one and two came out the other. Then a third car pulled up and a single man came out.

"Where are they?" The Leader asked (voice one)

"In the trunk," The Man said (voice two)

I was recording this so this was enough to put them in jail for forty-five to life! I shot a round in the air, BANG! Then, Jumped out and screamed, "EVERYBODY ON THE GROUND!"

I was dumbfounded, this is the crazy mafia everyone was talking about?

"I am Rico from Rico's Bake and Cake!!!!" The Leader yelled

I shrieked, "So, you guys aren't the mafia?"

At this point I was very confused so I told them to stand up and I searched them, all I found was rolling pins and they had a dolly by their car.

"We just like to keep our recipe and flour brand a secret," Rico explained

I was starting to understand what was going on about now so I let them back to what they were doing.

"What's your name?" Rico asked me

"What does OC stand for?" he replied

I went back to the headquarters a little dazed and went into the bunk rooms to go to sleep for the next day.

"whAt!" I yelled back

"New mission, SAVE YOURSELF!!!!" He exclaimed