Commaful
Into The Unknown Chapter 2: Why? 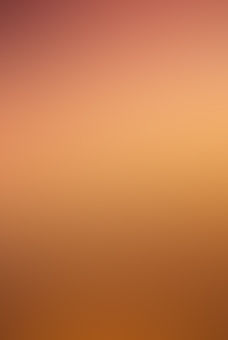 babybatwrites I update very sporadically. Sorry.
Autoplay OFF   •   4 months ago
Transcript Use Images
See what happens in this chapter of "Into the Unknown!" Originally posted on my Wattpad

Into The Unknown Chapter 2: Why?

Madeline and Wirt make it to school by 7:46 AM, and she practically can't keep her eyes off of him. If you looked into her ocean orbs, you'd be able to see Wirt's image reflecting within.

She feels the corners of her mouth curve upwards into a small smile. Wirt turns to look at Madeline, smirking slightly for some reason.

Madeline feels blush crawl on her face as it heats up, and she turns away, crossing her arms as she pretends to look at a club's poster. She can't let him know she likes him as much as she does.

It would ruin their friendship as she knows it.

The school day goes terribly, dropping Madeline's emotions terribly. After school, some mean assholes chase after her and beat her up.

She tries to fight back, but the more they beat her, the weaker she gets. She gets a bloody nose, a bruised up face, and her bruised up arm get battered up again.

While she's running away, she is able to make a diversion. Soon after, she is able to get away. She makes her way to her brother's house, since she knows both he and his girlfriend will aid her.

When she gets to their neighbourhood, she takes a deep breath of the fresh air.

In the neighbourhood she lives in, the air seems hard to breathe in, and the air smells of booze and cigarette smoke.

Her neighbours aren't the kind of nice, sweet, "here are some cookies I had baked", kind of people. They're all either alcoholics like her dad, druggies, or they "got some loose screws".

The people in both Wirt's and her brother's neighbourhoods, are all nice and know how to treat people.

She makes it to her brother's house, and she rings the doorbell. It takes a few seconds before she hears his girlfriend's voice.

"Luka! Someone's here! You want me to go answer it?" She then hears Luka's voice. "Yeah, Nancy. Go ahead!" The door knob shakes and turns, clinking against the door.

"Oh! Luka! Madeline's here!" Nancy exclaims. Her lips stretch into a crimson curve, all of her pearly white teeth showing in the grin.

"How have you--OHMYGOD!!!" Nancy yelps, quickly glancing at all of Madeline's wounds, fear in her eyes.

Madeline looks at her bloody, bruised arms and her blood stained shirt, then back at Nancy. "OH, Nancy...

! It's alright! I'm okay! I promise!" she retorts nervously, flapping her bloody hands to emphasize her words.

They hear a cracking noise, whilst causing Madeline to stop flapping her hands, to cover and squeeze them in pain while biting her lip.

"Jesus Christ Madeline, what did I tell you?!" Nancy whines, grabbing Madeline's wrist and rushing her into the guest washroom to clean and disinfect her wounds.

Madeline sits on the brown couch in their living room, and waits for her brother, bandages covering her limbs, and a bandage covering her left eye.

She takes her backpack off, and takes out a book, The Princess Bride by Stephen King. She continues reading, and soon after, Luka comes and sits next to Madeline.

" Madeline cringes at her choice of movement. Finally, she breaks. "Okay! Fine." Luka chuckles. "So, she speaks! I didn't know." Madeline rolls her eyes. "Wassup, Mads.

Everything alright?" Madeline glances at Luka, and gives him a, "brace yourself" kind of look. Luka's eyes widen, and he says, "Damn, it's bad, isn't it? Go ahead.

" She takes a deep breath in, and says everything in one breath.

"So, dad's been drinking more often than usual after he got fired from one of his part-time jobs, and the alcohol makes him super violent, more than usual,

and people at school are all assholes and are beating me up even more for some odd reason. And there's also this... guy...

I really, REALLY like, but he likes someone else, and he's also my best friend, so I'm worried that if I tell him, he won't wanna be my friend anymore, and I'll go back to being all alone,

maybe even becoming like dad, and I mean, no one wants that.

That poor bastard's been going through a lot, but it doesn't give him any reason to be an ass!" Luka stares blankly at Madeline, his eyes wide with shock and surprise. "Wow.

" he says, before beginning to stroke his chin in deep thought all "wise" like. Madeline looks at him, desperately. "So, what do I do?" Silence....

Luka notices Madeline staring at him, waiting for an answer, and he says annoyed, "Hold on! I'm thinking..." Madeline turns forwards. "Oh," She then thinks for a moment. She sighs.

"Woe is me, for I have faltered to be who everyone wants me to be. Some want me to be great, some want me here, alive, and some want me dead.

They say I'm halfway to death's dark door, so maybe I am fulfilling their visions? We'll never know, for our lives are twisting like dead leaves down a winding river of Hell.

Not knowing who or what we want or will be. The river of life flows into an unbinding sea of hopeless little souls, drowning their sorrows, as father does with his booze.

Once you make it to the sea, there's no going back. You're gone, and eventually forgotten." "CAN YOU PLEASE BE QUIET FOR JUST ONE SECOND?!" Luka growls. "Sorry.

I didn't know I said all that out loud." Madeline whispers. Her brother sighs. "Look. You just have to be strong. If you're strong, people won't have the strength to knock you down.

About dad, I know you know where to go if he gets too crazy. And about the guy..." Luka pauses, only to look at Madeline, wiggling his eyebrows in a suggestive manner.

Madeline freezes, then blushes madly. She forgot she said anything about her crazy crush on Wirt. Luka sighs. "Just, look for the signs." Madeline raises an eyebrow and turns towards Luka.

" Madeline doesn't understand, but she nods anyways. "Where are your kids?" Madeline asks, suddenly noticing how quiet it is. Luka gets up, and gives Madeline her book bag.

"At some school thing. They'll be back on Halloween. It's getting late, you should start heading back home." Madeline pouts. "But, I feel like I'm already home...

He likes smart girls." She states, a matter of fact-ly. Luka raises an eyebrow. "Oh, does he now? I better not catch you two fucking in the backseat of a car." Madeline laughs. "Oh my God!"

She walks out the front door, and her brother follows. "See ya' later, Mads." Madeline waves back.

On her way back home, she wonders about the advice her older brother had given her whilst taking of the bandage that covers her eye. Why act cute? She thinks.

Why do I have to act like someone I'm not? Why are men so confusing? Just... Why?

Tell me how you liked it in the comments! Give me suggestions on how to make it better, too! Love you guys! Peace out!