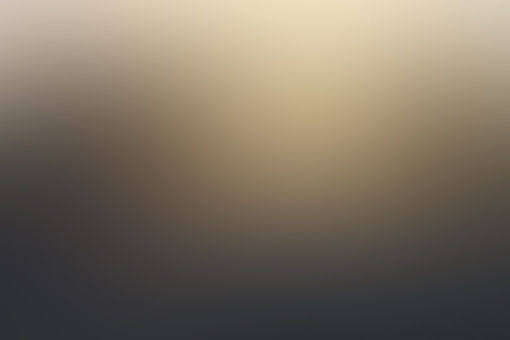 attheomnipotent I am from BEYOND!!!
Autoplay OFF   •   5 months ago
Transcript
In the third chapter of Marvel's Renegades, Kara finds herself lost in a mysterious, bizarre place with no memories of how she got there. Eventually, she finds a strange man who asks for help with a particularly tricky task. The task is to prevent the Apocalypse and destroy those who assist it.
fanfiction xmenx-menshadow kingmarvelapocalypseastral planehellfire club

Kara slowly opens her eyes. As she contemplates the beautiful dark blue skies and the sunset, she realizes that she's not where she once was.

As soon as Kara realizes this, she desperately stands up, but while doing so, she notices that she was lying unconscious on top of light yellowish sand.

At looking at the horizon, Kara learns that she's in the middle of an isolated desert.

"Hello!? Can somebody hear me!? I'm lost, and I need help!", Kara desperately yells at the horizon in the hope of getting help.

At realizing that she's on her own, Kara, while scared, looks at her surroundings to then start walking across the desert in search of help.

Kara, while weakened and hopeless, continues walking the desert.

"Please, somebody, help me! I can't anymore!", Kara yells as she tries to continue walking across the desert when suddenly she starts hearing whispers.

"Hello!?", Kara yells as she walks in circles, trying to recognize the source of the whispering.

"Shut up! Shut up!", Kara desperately says as she drops on her knees and covers her ears.

At covering her hears, Kara realizes that the source of the whispers isn't out in the desert, but in her own mind.

"Please, stop talking! Shut up! Go away!", Kara says with her eyes close as the whispers now turn into the voices of many.

The tormenting voices lead Kara to cry in pain.

"SHUT UP!", Kara yells as loud as she can when unexpectedly, the excruciating voices go away.

At the voices going away, Kara surprisingly opens her eyes to find herself surrounded in the ruins of an unknown place.

After a couple of seconds of contemplation and confusion, she stands up and continues searching for help when suddenly...

"You seem lost.", an unknown man says from the shadows inside one of the temples.

"Sir, I need help? I think I'm going nuts!", Kara says to the unknown man as she turns and approaches him.

"No, you are not. The Astral Plane can make you lose yourself in it.", the unknown man replies to Kara.

Kara: "What is the Astral Plane?"

"The Astral Plane is a bridge between time and space that connects multiple dimensions to each other.

The bridge is only accessible to the astral bodies and the mental essences of those who still live and those who are dead. That's where you were.

Now you are at Heliopolis, or better known as the realm of the Egyptian gods, who are unfortunately now dead.", the unknown man says.

"I don't understand. How did I get here?", Kara asks the mysterious man.

"I think you know the answer to such question.", the unknown man replies as Kara starts remembering what happened to her.

"---Neither I. I've been trapped in here for so long that I have even lost count of the time I've been here. Good thing I have learned to survive here.", the unknown man with anger says.

Kara sits on the ground, frustrated with her arms crossed.

"So what happened to this place?", Kara curiously asks to try to get rid of her frustration.

"The temple was a bridge to Earth.

It was in the hands of honorable and loyal man and woman, chosen by the gods to protect and keep the temple safe, but the people whom the gods had chosen to protect the bridge weren't that...

reliable. The bridge was in the hands of a man called En Sabah Nur.

The gods had given him power over Egypt and the bridge as a gift for defeating Pharaoh Rama-Tut, who believed himself to be a God.

In the beginning, he was an honorable warrior who just wanted to redeem his horrible past.

who were powerful and different, those who were like him. The gods didn't like En Sabah Nur's desire for becoming a god-like figure to others, so out of jealousy, they removed him from power.

En Sabah Nur's wasn't happy with the gods' reaction to his actions, so he made an army of his own, and after all of the gods and his followers, he went until not even one of them was left.

"Then what happened to this man? Why does the world still the way how it is?", Kara asks the mysterious guy.

"You see, the man became very powerful, he became a god to the people.

People praised him everywhere he would go, but many others refused to because of his tyranny, and instead, they raised against him.

As a measurement to maintain order and his tyranny, En Sabah Nur built his own army, which was lead by four strong, gifted warriors. He called them "The Four Horsemen".

His army of four maintained his tyranny for years, but that was until Alexander the Great, and I rose and dethroned him and his horseman... Multiple scripts detailed En Sabah Nur's empire.

Still, all of it was destroyed during the burning of the Great Library of Alexandria by Julius Caesar, making En Sabah Nur legacy unknown to most."

"Who are you and how do you know all of this?", Kara asks the mysterious man as she stands up.

"I'm was a man who gave up the throne and ruling life to enjoy every aspect of life under a low profile. I did that for centuries until one-day bad luck knocked on my door.

I got trapped on the Astral Plane by a gifted man while I was doing some of... my personal business.", the mysterious man with dark red round glasses replies as he approaches her.

The man who I was just talking about is coming back to Earth, and bad things are going to happen if he does so,

and right now you are the only person who can help me to prevent his return to the physical world.", the unknown man says as he walks around Kara.

"To be honest, this guy doesn't sound like a treat to me or the other mutants, but humans, so why should I care If he comes out of the death to make them all suffer?

After all, I'm here because of them.", Kara retorts.

"En Sabah Nur doesn't care about our people! He only cares about power and his lunatic idea of creating a world with people with power equal to his own.

He is no God, but he believes himself to be one. When the people realize that and start questioning him about it, he will slay them all whether they are mutant or not.

", the unknown man madly says to Kara as she backs away from him.

"Kara, the decision to save billions of lives is on your hands. Join me, and our race will have another day to fight for the respect that it deserves.", the unknown man calmly says.