Commaful
So Not Mine Part 6 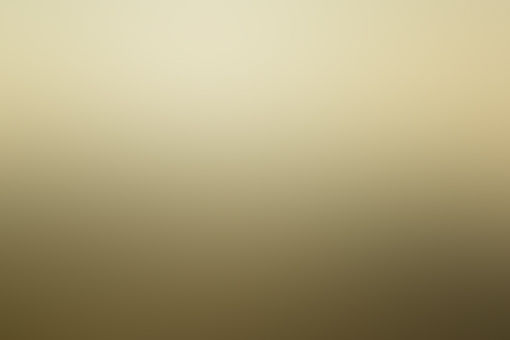 ashwrites #friendswithoutborders #savecommaful
Autoplay OFF   •   2 months ago
Transcript
The 6th part of So Not Mine (An Airhead Fanfiction). Em is crowded with paparazzi and makes yet another important decision.

Hey guys, I completely forgot to add in Diana/Nikki's pregnancy into the story! I'm so sorry, but we're going to have to crop that bit out.
fanfiction em wattsmeg cabotso not minepart 6chapter 6 meg cabot fanfiction

So Not Mine Part 6

I was putting Kayla and Rose into their cribs for their afternoon nap when I heard some sort of ruckus outside my apartment. I asked Kyle to check.

He came up running frantically and when I asked him what happened, he said, "Miss Howard-" I stopped him. "That's Mrs. Maloney for you." I corrected him. "Mrs.

Maloney, there are about 20 paparazzi outside the building!" "Oh no... Those devils with cameras are NOT ruining my daughters' lives." I said as I marched out to give them a piece of my mind.

As soon as I stepped out of the lobby, I was surrounded by flashing cameras. "Listen up everyone!" I shouted out into the crowd. "I have a very important announcement. I'm quitting modeling.

" There was a collective gasp from the crowd. "What?!" I heard someone say. "Why?" "Why? Because your cameras ruined the best years of my life." I said.

"I don't want my daughters to grow up the same way." Then, I walked back into the lobby, the cameras and reporters shouting out random questions behind me.

When I explained all this to Christopher, both of us agreed that New York wasn't the best place for the twins to grow up.

There were the paparazzi, who would never let us live like a normal family, the pollution, which wasn't good for babies, and the crowds, the babies could easily be kidnapped or, god forbid,

killed. We met up with Nikki, Lulu, and our parents to discuss this. "So, we've decided to move." I finished. "Em, we don't blame you for wanting to move." My mom said. "Yes.

It's what's best for the twins." My dad said. "But we don't where we're gonna go, who's gonna help us settle in, or what place Kayla and Rose can grow up peacefully," I said.

"We can look into all the details later, let's start by deciding what kind of climate you'd like," Nikki said. "Remember, in Hawaii that Kayla and Rose were enjoying the sunshine a lot?" "Yeah.

But I'm not sure I want to move somewhere so exotic..." I said. "No, silly. We're not going to ship you to Hawaii. I'm saying that the twins would enjoy a sunny place that has beaches.

There'll be more paparazzi than ever if we move to Los Angeles." "That's exactly the point!" Nikki said. "There will be so many other non-retired celebs in LA, nobody will bother you.

" "Wow! Nik, that's genius!" This whole time, my parents were murmuring amongst themselves. "Mom? Dad? What's going on." I asked them.

"Well, we want to be around our grandchildren, and we think it's time that we retire." Mom said. "Wait, what are you saying?" I asked. "WE"RE COMING WITH YOU!" my parents said together.

"Wow! Mom, Dad, I'm sure the twins will enjoy being with you!" "We'll have to make a lot of arrangements, but we can move to LA as one big happy family.

" The next day, we started house hunting online.

We wanted either a 5 BHK preferably with a pool for all of us, or a 4 BHK house for me, Christopher, and the twins, and a 2 BHK house for Mom and Dad. We settled on 3 different options.

The first house was right on the beach, with a hot tub and a pool and it was 6 BHK with a huge backyard where the twins could play in.

The second house was near the Hollywood sign and had 5 BHK, a balcony in 4 of the rooms and there was a nice little area in the living room that we could convert into a play-pen.

The last option was 2 different houses, they were luxurious, with a hot tub for each, but they were on opposite sides of town.

So we crossed out the third option since we wanted the twins to be able to see their grandparents whenever they liked.

We debated for a good 4 months and finally settled on buying the beach house, and we would turn the extra 6th room into a playroom for the twins.

We bought flight tickets to LA, and Lulu and Nikki dropped us off at the airport. "We're gonna miss you!" Lulu said hugging me. "I'm gonna miss you too," I said.

"Here, you can hold Rose for one last time" "Aww, say buh-bye little Rosie!" she baby-talked. I gave Kayla to Nikki. "Bye guys!" I said as I walked towards the gate where the private jet was.

As I boarded the plane, I kissed New York goodbye...