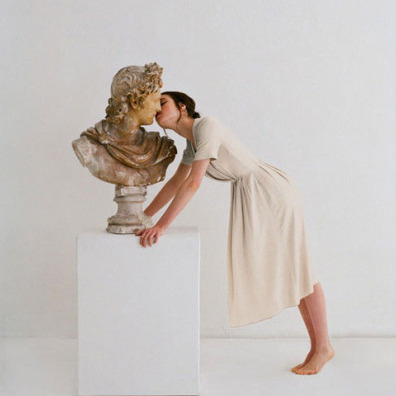 they come not from a mother and father, but from the will of the water and earth.

speak to the rivers and lakes for they hide in the waves;

though the water of the womb has power of its own the blood of the covenant is thicker.

fate doesn't discriminate -- all are equal in their eyes.

the sisters knew this; though mortals are messy and chaotic, they are alive in the same world

"please," they say, "the earth is barren and the sun relentless."

those born to water know the pain of loss to go thirsty without relief to follow is a punishment for evil,

"please," they say, "let us save boeotica." the gods listen.

the gods turn their blood into water to rain down from the heavens; their bodies become lakes for the thirsty.

there is no reward for this; the sisters die and their story ends.

but sacrifice is choice and the queen of the dead knows this:

"live on," she whispers, "be remembered in the heavens."

in a different life, they would live to see the dawning of new empires; in this one, they die young with light in their hearts.

wish upon menippe and metioche: they hear and answer the calls of humanity

no giant has ever reached the sky as they have --

the sisters trail stardust behind them to guide them home.

lost are their bodies and blood but the heart lives forever.

this is how stars are born: from sacrifice for memory with love.

dance in the night sky, where inky darkness is the backdrop to performance

born from the awe of the living when they look to the heaven for help.

some will say their story is a tragedy; to die to young for humans that won't remember them.

they just grew up.