Commaful
A Twist of Fate A. R. Pridgen 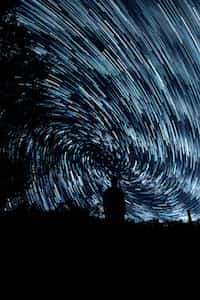 aprid11 Community member
Autoplay OFF   •   a month ago
Transcript Use Images
A party of Adventurers stumble upon a lone woman. Will she be their salvation? Or does fate have another surprise for them?
fiction adventuremagicromancesurpriselovefate

A Twist of Fate A. R. Pridgen

The woman raised an eyebrow as she took in the sight before her. A party of people stood bickering on her threshold looking decidedly worse for wear.

Which, given where they were, wasn't much of a surprise. What was surprising was that they were there at all. Adventurers didn't venture this far deep. Not any with common sense that is.

Although, judging by the argument raging on her doorstep, it was clear that common sense was in short supply with this band.

"It was his idea to ask for directions!" "Yea, but he's the wizard! He needs his mouth free in case whoever lives here is unfriendly!"

I'm shocked this group is still alive. The woman thought idly, picking at the polish on her nails as she waited. I've been standing here for ten minutes and they still haven't noticed.

It was at that precise moment the ranger noticed her presence. Glancing up from his knife and whetstone he quirked an eyebrow to match hers.

Silently He reached up and tapped the shoulder of the cleric who was still bickering with the barbarian. "I think she's home," the ranger drawled,sticking his knife in the top of his boot.

Reaching for the bow on his back he casually looped string through the top knock. The woman smirked. "Put that away boy. It's of no use for me." She advised with a chuckle.

Hearing the amusement in her voice the cleric stiffened reaching for the talisman dangling from his neck. The ranger merely shrugged and neatly coiled his bowstring in a pouch.

The woman shifted, turning to face the cleric. A soft clink sounded from beneath her skirt. "Your god won't answer you down here," She informed the cleric with a smile. The cleric purpled with rage.

Sucking in a breath to denounce her heresy (polite society be damned) the woman cut him off with ease. "You know the rules boy. Gods cannot interfere in anothers domain." Her smile turned wolfish "You've wandered into mine willingly."

Horror bleached the cleric's face of all color as the truth of her words sunk in. Clutching his talisman and murmuring a prayer he staggered back to cower behind the wizard; who, to his credit, flipped open a book and started chanting as if his life depended on it.

Only to choke on his spit and start coughing, ruining the cast. Ignoring the drama unfolding before her as the barbarian thumped the wizard on the back, the woman surveyed the rest of the group.

"What no bard or rogue?" The ranger shrugged one shoulder. His knife was back in his hands, this time cleaning the grit from his nails.

"The rogue is currently trapped in a treasure chest in a dragon's hoard." The knife slipped, nicking his finger. Licking the blood off his finger, the ranger stowed his knife and continued.

"Last I saw the bard he was being handcuffed to a bedpost by his new blushing bride." The woman snorted. Sounded about right for adventurers.

Wheezing the wizard staggered upright and spread his arms wide. "We're not looking for anymore trouble, oh merciful goddess" he implored, stepping on the foot of the barbarian who was raising his axe.

Cursing loudly the barbarian hopped back only to trip over the book dropped by the wizard. The party watched in shock as the axe embedded itself firmly in the skull of its owner.

"How ironic," the woman murmured. "For that is exactly what you have found." White as a sheet the cleric peered around the wizard who stood frozen.

"Who are you?" He whispered. The ranger leaned forward, anticipation gleaming in his eyes.

The woman's smile was bitter. "I am Calamity." She stated simply. "The goddess of misfortune and disasters."

She strode closer to the remaining party, paying no heed to the body or the soft clinking that heralded every other step.

"I would invite you in but I'm afraid you'll find my hospitality lacking," She admitted with a small smile as everyone but the ranger took a step back.

"My influence on your party must have been strong indeed for you to have ended up all the way down here." "Oh I wouldn't say that," The ranger countered; a slow smile spreading across his face. "Maybe you could say it was merely... A twist of Fate?"

That old rascal, Calamity thought with admiration as the ranger winked at her. He figured it out. Warmth bloomed in her chest as she studied the ranger closer. The jaunty tip of his hat.

The way his fingers twitched as if a coin was playing across the knuckles. Mannerisms as familiar and dear to her as her own.

With an effort of will Calamity focused on the rest of the party.

"Any help I offer you will surely turn into a hindrance." slumped shoulders. "But," a sudden sucking of breath. "Leave the ranger and I will not stop your attempt to escape."

The words were barely out of her mouth before the cleric and wizard were tripping over themselves in their haste to run away.

Calamity and the ranger stared after their departure in open mouthed silence. "Geez. Not even a token protest." Calamity remarked, holding out a hand to Fate.

Chuckling he pressed his lips to her knuckles. "Don't hold it against them. If they had been a less perfect mix of cowardliness and foolhardiness this would not have ended as smoothly as it did."

Sweeping her in his arms Fate stepped through the entrance and carried her further into the shadows of her home.

Looping her arms around his neck Calamity played with the curls at the base of his head. "How did you find me?" She asked, tilting her head up in curiosity.

Fate responded by burying his nose in the top of her head. Inhaling deep he murmured "It was inevitable that we would be together. I just had to wait til the time was right." He lifted his face long enough to grin crookedly at her.

"I might have also used my influence to bring that particular party together." Calamity clucked her tongue in mock disapproval. Fate merely beamed, unrepentant.

"Speaking of Time," He continued settling her on a settee in her parlor, lit only by the fireplace. "She's growing rather impatient and would like to retire soon."

"Wouldn't we all," Calamity remarked drily, settling her skirts around her. Kneeling at her feet Fate gripped the hem of her skirt. "May I?" He inquired gently. "Be my guest."

Together they watched as Fate pulled the hem up, exposing a delicate pale ankle. And the rusting chain encircling it. "Won't be much longer now will it?" Fate remarked even as flakes of rust floated off the links trapping her.

"No. not at all." Calamity agreed as Fate settled her skirt back in place. "Although I must say waiting for my emancipation will be much more enjoyable with your company."

Fate hummed in satisfaction and agreement. Leaning in he brushed a brief kiss against her lips before settling onto the settee with her.

Snuggling closer Calamity rested her head against his chest as he wrapped his arms around her. Turning to the fireplace they settled in to watch the world burn. Fin.