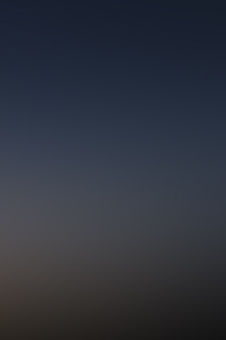 anon Stories From Unregistered Users
Autoplay OFF   •   3 years ago
Transcript
Four men looked out at the world from the ledge of a high mountain and they, one to another, asked, ‘How was it that this came to be? ’ The first man, dressed in red, stepped before his colleagues and said to them,
By no_01 https://www.reddit.com/r/...

Four men looked out at the world from the ledge of a high mountain and they, one to another, asked, ‘How was it that this came to be?

’ The first man, dressed in red, stepped before his colleagues and said to them,

‘Is it not abundantly clear that all the land before us was created by the higher powers? I believe that god looked down upon the formless and gave it form, creating all that we know today.

And from this god, we were granted our higher reason and logic, and with that, it is our ability and duty to praise him for giving to us life.’

And after he had said these things, the second man, dressed in yellow, began to speak,

The world then shifted to become habitable, gaining dirt from which the plants would grow, which in turn fed the animals that evolved.

Science allows us to take a look at the past and see it for what it really was, not one veiled in myth.’

After the second man had said these things, the third man stepped forward. He, dressed in green, began to speak,

‘Please my brothers, stay your tongues. Let us not talk of this, but rather get off of the mountain. Can you not see that the ledge we stand on is not fixed, but instead is fleeting?’

But even as he spoke these words, the fourth man pushed him aside, telling him to be silent. In turn, the third man walked away from the ledge, back onto the mountain.

Then, the fourth man, dressed in white, spoke,

‘There is no need to fight. Hold your venom to yourself for you cannot know. We have no evidence for either being true, but only faith.

Please, accept this fact that god might exist and that science may be true, and be done with the matter.’

Yet, despite all of these sayings, the three men on the ledge could not stop arguing.

They could not accept that the others believe something different, and the sound of the rock ledge cracking could not be heard over their verve.

And as they spat their venom, the rock shifted, and the men fell as the third man watched from afar.