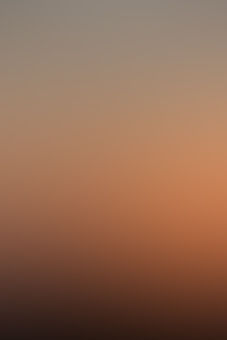 anon Stories From Unregistered Users
Autoplay OFF   •   3 years ago
Transcript
The girl stared at me as the smoke cleared, eyes just a little too wide. Most who summoned me were afraid, but her fear was… subdued. Buried beneath other emotions. Anger. Determination. An icy ruthlessness. It had been a long time since I had dealt with someone like that.
By Painshifter https://www.reddit.com/r/...
thriller

The girl stared at me as the smoke cleared, eyes just a little too wide. Most who summoned me were afraid, but her fear was… subdued. Buried beneath other emotions. Anger. Determination.

An icy ruthlessness. It had been a long time since I had dealt with someone like that.

As I watched her I expanded my consciousness, reaching out to test the bounds of the circle she had drawn. Some people used chalk, easy enough for me to break, like moving aside a wall of feathers.

Others etched the circle into wooden floors, more akin to a chain-link fence. I frowned as my mind pressed against the magic making my cage.

A wall of iron enveloped me, causing me to inspect the circle more closely.

Blood. She had drawn a circle using human blood. I looked at her again, thinking she couldn’t be more than ten, and took in my surroundings.

It was night, and the only illumination came from the five candles arranged around my circle. It looked like I was in the center of a typical human library, but the book titles caught my eye.

Many were written in Latin, some in my own tongue. I turned, spinning slowly, and noticed behind me the bodies of a man and woman. Blood oozed from wounds all over their bodies.

I finished my circle, eyes resting again on the girl who summoned me, noting the blood that caked the fingers of her right hand.

A book, this one written in the tongue of my people, was open in front of her. I smiled, my facade of charming businessman on full display, hoping to disarm her. I waited for her to speak.

“Everyone who summons me wants a deal. What is it you want?” I asked.

Wordlessly she lifted her hands to her bangs and parted them, revealing a glyph carved onto her forehead.

I fought to keep the surprise off my face as she lowered her hands and turned them over, revealing the same glyph on the palm of each of her hands.

“Your soul will be bound to mine. We will hunt those who killed my family. You will serve me until our work is done. Then, you will have my soul. With it, you can walk the earth again.”

I eyed her with renewed interest. The blood circle prevented me from reading her thoughts, which in itself told me she was powerful.

It had been a long time since a true sorcerer had offered themselves to a demon.

I summoned a knife to my right hand and began carving the binding glyph onto my left.