Commaful
To grow up in Berlin 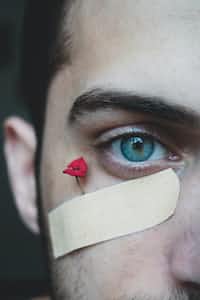 angelwriter Community member
Autoplay OFF   •   2 months ago
Transcript
What means to be a young boy in Berlin in 1990? Music is evolving because the boy is growing up.
feelings footballmusicgrow

To grow up in Berlin

When I was born, Germany was the epicenter of the Cold War. After the end of World War Two my Country became the center for all the tensions between Democracy and Communism.

It's a warm summer evening when I was in Berlin and I was listening to the rock band Scorpions. "Wind of Change" was the perfect song at the perfect moment.

In fact, this video is commonly associated with the fall of the Berlin Wall when the reunification of East and West Germany was made official.

I remember when, in 1990, Franz Beckenbauer was my idol. I was just 20 years old when Beckenbauer lifted the World Cup in Rome.

Beckenbauer was the Kaiser and Coach of the German football team which was just unified. Today my music is evolving and I won't believe this, but I'm growing up fast.