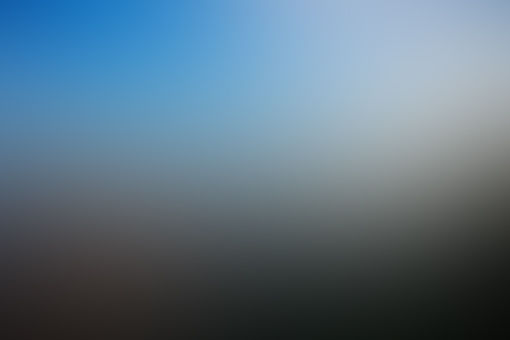 an_obsessed_fan Community member
Autoplay OFF   •   a year ago
Transcript Use Images
On the 31st of October two children go missing. But their mysterious Kidnapper is not who anyone would have expected.
fiction halloween2020

On the night of the 31st of October, two children go missing

Aberdeen, Maryland "Mam, When did you last see your son?" Officer David asked. "We were just walking near the park and I let him go up to someone giving out candy, the next thing I know hes gone," The woman says through tears. "Well," the officer started, "We'll do our best to find him mam," then he walked out to his car.

Annapolis, Maryland "Honey what happened," a man asked his wife. "Our son," she started, "He's missing, I can't find him anywhere." "What! Have you called the police?" The woman shook her head. The man reached for his phone to call the police.

Somewhere "Mommy," A young boy cried out. "Who are you?" another boy asked, "I can't see you." "I can't see you either, its dark," Neither boy could have been more than 10 years old. Then both boys whimpered as they heard approaching footsteps.

"Hello boys," A lively voice exclaimed out of the darkness. "Who are you," The first boy called out. "I'm . . uh was it Tim or Martha, uh," the voice hummed a soft tune thinking, "You can just call me the weaver, but who are you?" "My mommy told me not to talk to strangers,"

I'm not," the voice spat before pausing, "I'm so sorry he I get like that sometimes, or is it Tim, Oh I can never tell anymore." The voice said in a more feminine voice. "But I'm not a stranger, I told you I'm the weaver," the person stepped into view revealing a tall ghostly pale person in a grey vest over a white dress shirt and grey dress pants with black gloves.

The person pulled glasses out of their pocket and put them on. "How lovely, so your the new recruits. Come along then" THe weaver motioned for them to follow as they walked back into the dark. The two boys, not knowing what else to do, reluctantly followed.

Aberdeen, Maryland "I haven't found anything," Officer David said to his partner, Officer Williams. "Alright then," Williams said, "well report and then go help one of the other teams search." "Yeah, Alright," David replied as they walked back to their car.

"Detective Sharon, do you make anything of it?" "No theres nothing to suggest where they might be, they seem to have quite literally disappeared into thin air." "What do you suggest?" "I don't know, with how little information we have, we can only hope to find them,"

In a dark room lit only by a single crimson red light bulb. The two boys were shivering with fear, the weaver was just staring at them, leaning their back on a table that had stains all over it. One of the boys looked to the side and something caught his eye, and the weaver cracked a little smile.

The boy walked toward as the weaver couldn't help but let out a few exited giggles. The boy let out a shriek and fell back and the weaver burst into laughter. "I see you found the others. Boys meet brother and sister."

The forms that sat in front of the boys were big humanoid lumps with twisted faces they had stich marks everywhere and scars and decolored spots on their skin. These were the previous weavers, I looked like them once, a long time ago, but something happened and I was able to make the body you see before you.

The detectives radio crackled, "Detective get ocer to our location fast, we heard a scream in an old building and we have reason to suspect it could be the children. Detective Sharon shot out of her office and to her car, calling for all patrol cars to meet at the location she was given.

The dark room "In a way I was my first experament, would you like to see my others?" The two boys whimpered. "Your right were waisting time." The weaver opened an old dust pantry behind him revealing a rack of clothing. "Thake your pick," They said with a wide grin.

Then the weaver turned his head, "aghh, how did they find out where we are?" They heard the voice of someone on a speaker, "release the children and walk out slowly and have your hands where we can see them." The weaver sighed and left the room.

The weaver came into view of the officers and immedietly ran back into the house. With that the detective and some of the officers went in the house after him slowly as not to risk being heard.

The officers split up to search both sides of the house. Detective Sharon heard laughter gun shots from the other side of the house and quickly rushed over to see what it was. But when she got there she was alone no one was behind her. She called out," Officers, anyone," The only reply she got was, "They won't here you, I took them," and then more laughter.

The weaver crouched in the shadows and saw into the detectives mind. "hmm, you've had a rough life, always fighting so hard that when you finally got to the top everyone had already left you. you're an ideal candidate." "What are you talking about?"the detective asked. "You'll see," The weaver replied before tackling her.

The boys were curled up under the table shivering with fear. They both jumped at the sound of the lock clicking and they saw the weaver drag someone they didn't know into the room. The weaver sighed, "My last experiment will be my greatest." They put the detective onto the table before grabbing a small surgical knife.

The boys tried to hold their whimpering in but they began sobbing when the weaver exclaimed, "I know your under there," and grabbed both of them, lifting them onto the table through all the screaming and kicking. "Behave and this will all be over soon, the three of you will be toghether like a family," the weaver said in their more feminine voice.

Then the weaver looked at the boys, "you might want to sleep through this next part," before knocking them both out.

"Ugh, what happened," Sharon groaned. She opened her eyes but couldn't see anything, but she heard a young boys voice. "Who are you, I'm scared." "Hi, I'm Detective Sharon, I came to take you home." The next voice she heard was a different boy,"Is my mommy with you?" "um no but I'll take you to her." "Than-"

The second boys voice was cut off and she could suddenly see, but what she saw horrified her. The body of the person who she was chasing was on the floor. She didn't know what happened to him, but whatever happened to her didn't seem good. She walked over to a broken window, and looked outside, It was day. Then she looked down at shattered pieces of glass on the floor.

Sharon screamed her face, wasn't her face. and she was ghostly pale. "What happened to me?" Shew mumbled, "what did that . . that thing do?" Then she heard the voices of those two boys. "Where am I?" "Where are you Ms. Sharon?" She looked around but they weren't there. She curled up into a ball, "Am I going mad,"

Annapolis Times Yesterday on Halloween night police forces were dispatched to an abandoned building and only half returned. Officers and rescue teams have been sent to investigate. So far no bodies have been found. Updates will be on our website, view page 1.