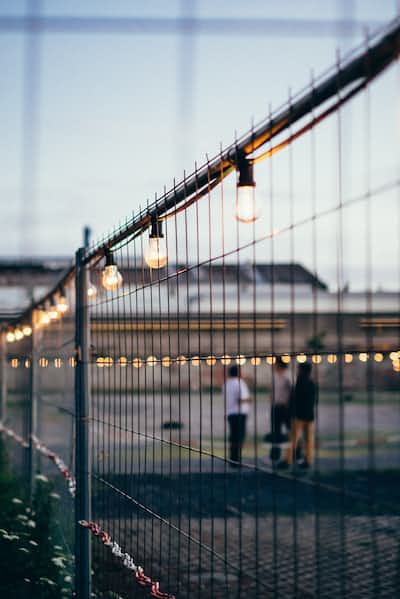 ambitiousmusing An aspiring writer.
Autoplay OFF   •   4 years ago
Transcript Use Images
Another boy ready for the fight.
fiction bloodwhoop-whoop-let's-fightfighting

The building before him was crappy and run down and terrifying. The street was sparsely lit and the stars were not in sight to comfort him.

He couldn't tell if the chills were from the night air or the anticipation or the fear.

Another guy walked by, paying Winston no attention. He opened the metal doors and the boisterous noise of a crowd flowed out. This built up his excitement.

That crowd would be roaring for him. If not tonight, then soon. Winston swallowed the little fear that was left and squared his shoulders.

He strode right in and was immediately smacked by the scent and sound. The smell of blood and sweat was profound.

It made the place rank and added to the charm. He hoped the puddle next to him wasn't dog piss.

Winston spotted what seemed to be the betting place, and stalked his way over. It seemed to be run by a young lady, and didn't look all too excited to be here either.

He took his spot in line, and as he waited, he took in the people around him.

The most roughed up and energetic looking ones stood out as the fighters, and the either brooding or incredibly excited ones her stood clean looking, were the betters.

He could hear ahead of him who was betting on who. Three fights at a time seemed to go, but he couldn't really tell. The fights weren't raised up on any platform or anything of the like.

The only telltale sign of where they were was how the crowd was grouped in each place. The groups were hard to discern, though. This place was awfully crowded, and he loved it.

Another roar from the crowd and now it was his turn. Winston gave his best effort at a friendly smile, and seemed to succeed.

It wasn't a friendly face, but a more tolerating face than the ones he'd seen she was giving.

“I'm here to sign up as a fighter,” Winston said. She looked him up and down and nodded. "Name, weight, and height.”

Winston looked around, trying to see the fights. From here, he could tell that they didn't make brackets.

Weight and height didn't seem to matter. One guy seemed to tower over the other, but that didn't stop the smaller. They seemed to be an even match.

“Winston. And does the rest really matter?” He pointed his hand in the direction of the difference in height fight.

She looked and smiled. “Really, it doesn't. But we try to make this look legal.”

“Nothing about this is legal. None of it even looks legal.”

She shrugged. “Just doing my job.”

He grinned, since he dropped the friendly smile that wasn't that great a while ago. “Might I have your name? Fair trade?”

“You haven't given me you weight and height. But it's Sara.”

She scribbled his weight and height next to his name on a paper, and laughed. “Alright. It's actually Lavender.”

He hummed. “Pretty. I like it. I'll trust you on that this time.”

“Thanks. Okay, the way this works is we either pair you up ourselves, usually by experience and how long you've been here, or you challenge to fight someone yourself. "

"Really, we only choose by experience because we know their strength and style. It isn't all that fair, but we don't care. They fight, we see how it goes."

"If you win the fight, you also gain a sum of money. That depends on how pricey the fight is to the betters. New comers like you, don't have much luck."

"We all expect you to suck. But you do have some muscle and look confident and that you know what you're doing."

"Will you be wanting to start today? You came at a good time, we started not too long ago.”

“Alright," she replied. "Good luck, and stay close by. I'll call for you to tell you your opponent. And because I like you, I'll inform you about each one, but you probably won't need it.”

He nodded and turned to look for a good place to wait and think and brood. It'd probably be best to watch the fighters, but he didn't know how long till his name was called.

Maybe he could see over some people and study.

He caught sight of the unfair height fight, and to his surprise, he saw the taller one go down. A few start cheering, making the room louder.

But when he didn't get back up and the shorter ones arm was raised, the crowd erupted into a roar. People near him were screaming.

Winston’s veins were now on fire. He saw the shorter’s face. His nose was gushing blood and his left eye was swelling, from what Winston could see.

But he was yelling himself and look of absolute joy on his face. Seeing him, it was all that Winston ever wanted. He wanted to feel that blood trickling down his skin and staining his teeth.

His knuckles become raw and feel the bruises form. To become heartless and merciless and be drunk on his own power and strength.

He always became inhuman in these events, and no one taught him to fear that or be disgusted by it. It was a part of him that he embraced gladly.

“Hey Winston.” He turned and Lavender was smiling. She beckoned him over with her finger. He strode over.

“You're up, big boy. Your opponent's name is Dante. He's tough, but lower end. His weak spots are-” Winston cut her off with a hand.

“I'd like to figure that myself.” Learning it on his own was half the fun, and helped him to improve his skill.

She nodded. “I can appreciate that. You'll be up in five minutes. Lucky you got a fight so soon. Hope you have good bets.”

Winston went closer to the place the fight that just ended, but stayed up against the wall.

He squatted down and brought out his wrappings. Raw knuckles brought a feeling like nothing else, but he had things to do tomorrow.

And all the people he knew hated that he fought. He did what he could to hide it, for their sake. He'd show his injuries with pride if it was acceptable.

In this fighting business, he was really quite new. He acquired the skill quickly, mainly for his own protection. He lived in rough neighborhood and his parents worried for him.

They wanted it for protection only, but once a neighbor kid challenged him, he’d found the love of his life. He was hooked and he'd lost all sense.

The kid couldn't move afterwards, his friends had to carry him home. That was his first, and the only time he couldn't stop himself.

The only time he felt bad about a fight. They'd spit on him and called him a monster. A freak.

The names didn't hurt, he actually enjoyed them, it was the fact that his fists were covered in that kids blood and the kids fists were clean and that he wasn't moving.

He hadn't landed one hit on Winston, and if he wasn't bleeding and bruised by the end of a fight, than what was the point of a fight?

Winston hopped around, back and forth from foot to foot, to keep his energy up and prepare him for the fight.

It wasn't really necessary, this crowd of fighters and betters all screaming and yelling kept his blood roaring.

A sneer was growing on his face, but he forced it into a smile, then wiped it all off his face and made it neutral. He shook his head. He needed to be the calm before the storm he created.

A hoarse voice called his and Dante’s name. He looked from face to face in the crowd, and could see their confusion and excitement. A new comer. New blood to spill.

As Winston stepped up and rolled his shoulders, his opponent came up as well. But while Winston’s walk was only confidence and pride, Dante’s was dripping in a sickening arrogance.

He was grinning at Winston in a predatory manner, and licked his lips. He thought he was going to win this fight, and beat the living shit out of him, and give him no chance.

What an ignorant bastard.

They stopped in the makeshift circle and took their stances. Dante’s stance immediately gave something away. His right side was more out, protecting his left side more.

His right arm seemed to guard his right side. His left arm and fist lower than his right, somewhat protecting his left side too, but lower.

No wonder he was a lower end fighter. He'd better throw a good punch or kick, or this'll be disappointing.

As soon as the whistle blew, Dante threw his leg out, aiming to sweep Winston off of his feet.

Winston easily hopped up, tucking his legs up, and the second his feet hit the ground, Winston threw a right hook and hit his face easily.

He threw his left arm, but it only hit air. Maybe the bastard did know how to dodge.

An unexpected fist slammed into Winston’s stomach, and he nearly keeled over, but he held himself up. Winston snapped his head back up and snarled.

He punched him twice and kicked him in the side. Dante fell but rolled and jumped back up quickly.

He kicked his leg too fast for Winston to even think to move, and was hit straight in the mouth and nose.

Blood immediately began spurting from his nose and he could feel his teeth throbbing and his bottom lip split.

Winston snapped and slammed him with his elbow, over and over again. He wanted to play with this one, but not now.

He couldn't think again, and was too new to this. His knee came up with his elbow. His elbow changed to a fist.

And then all of a sudden Dante was on the ground and Winston couldn't keep his yell inside and his arm was raised.

His mind came back to him as he stood still to have the man hold his arm up. He searched around, panting and smiling.

He caught Lavender’s eye and she looked completely floored, clapping in a confused trance.

She wasn't the only one who looked floored, many of the betters around him must've wished they bet more on him.

Winston burst out laughing, and once he started, he couldn't stop. His arm was dropped and he made his way off the stage.

God, did he love this.