Commaful
The Paint Around Me 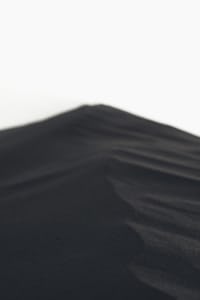 ambitiousmusing An aspiring writer.
Autoplay OFF   •   4 years ago
Transcript Use Images
I just wanted to project my rotten feelings into a character.
feelings artartisti’m being meanpainter

The Paint Around Me

Walking around the building, and making my way to the one place, there is a crowd. A huge and revolting crowd.

I can feel it growing inside myself, the revulsion, like a disease.The loud and crushing noise, why must they all talk so much?

It's a growing heat, starting in my stomach and making its way to my aching ribs.

I stand there, thinking of how this all disgusts me and these people's actions and interests are pointless. How they are all disinteresting.

And all I can think is how unfair and petulant it is of me to do so.

I continue on, letting my revulsion harden my face and give my chin a lofty tilt and my shoulders back in an unbreakable position. I still feel fragile and breakable anyway.

What's worse is that I know these people. I have to deal with them everyday of the week. Their relentless noise forever following me.

I feel the same anger and disgust every time I see their damn faces, so I'm perpetually pissed. It isn’t a great way to exist, and I hate that I cannot stop myself from feeling this way.

They're all here because of the art they think they’re so inclined to see. They don't belong here and I feel it in me that they shouldn't be allowed here.

At least I have my white shoes and the boy I'm looking for.

I stride right into the room he told me to find him. The high ceiling makes it colder than it should be. It is vast and nearly empty and causes my once before stone and unbreakable shoulders to hunch and my arms to wrap around myself.

There's few people in this room, and I spot him crouched in front of the farthest wall of the room. He sits without any care to anyone looking, and I don't see how this chill isn't affecting him.

I make my way over to him in my cold position, my hate of the surrounding people radiating off of me. The hate isn't for the people in this room, however. That would make me more selfish than I already am.

My disgust still won't go away.

He knows I'm there when I walk up behind him, my black mood being more present than the rest of me and hard to ignore, but he does not move from his position.

His black hair is an extreme contrast to the white room. It was a dead giveaway that it was him. I've never seen such hair so dark, but there it is.

This entire wall he is facing is his to paint. However much of it he wants to, the entirety or less. Whatever he feels like.

Three other artists in here, same terms for them. They were picked out of the portfolios they sent in, the museum giving positions out.

I'm not surprised that he was picked, nor jealous. I'll stick with pencil and paper.

“Your pretty white shoes are going to get paint on them,” is his way of finally acknowledging me.

I look down at my shoes, my hands still shoved into my armpits and my neck trying to disappear into my shoulders. I've kept these shoes this white for four months now, and of all things to get on them, I would want paint on them the most.

They'll get dirty eventually, as it’s stupid to think that I’d ever put that much effort into keeping them clean, and paint would give them character. Putting focus into keeping my shoes clean more than necessary sounds pointless, as I live life in these rather than anything cautious.

Instead of answering that, I tell him, “They shouldn't be here. They feel like intruders.” I look to the door I entered through as I say it.

“You're being rotten.” He still works on his painting.

My eyebrows furrow farther and my frown gets deeper. I feel that I'm angry for a good reason, even if I'm hardly being fair.

I stare at the ground and don't answer, swinging my leg back and forth and letting it scuff against the pristine marble. He probably feels like Michelangelo, doing this project.

We let a heavy silence grow between us, and I realize he's quiet so I think through my rottenness and fix my thinking and actions, and my silence is so he thinks about how right I am to be this dreadful and validates me.

It's a very long silence, and it gives me time to actually dissect my anger and look into it. I don’t like what I see.

I'm the one to break the silence, even though it makes me feel like I've lost a game that we weren't playing. “And how's the painting coming along?” My voice has an edge to it that I don’t like and I nearly bite my tongue in disappointment.

“It's taking a while, but doing quite fine. How's your black mood doing?” I guess he's tired of talking to the wall because he faces me as he says this.

The look on his face lets me know I should let it go and give in and say sorry to something. I don’t, and I give him the shrug that he hates; that everyone hates. I've been told that the reason everyone hates this shrug in because it's terribly vague and doesn't give a clear yes or no, it just gives the middle answer of maybe; a maybe with no definition.

He does another thing with his face that I don't get but I understand why he does it.

I was supposed to bring him one, but I forgot the money. Actually, I don't have the money.

“I forgot the money, I'm sorry.” I don’t feel sorry at all and there’s a small satisfaction in this. “It's your lunch anyway, shouldn't it be your money?”

And I guess that's when he hears the face that's hidden under all the other faces, and sees that I'm exhausted with everything, but mostly with myself.

He leans over and wraps his arms around my legs and presses his cheek against my thigh.

“Oh, my girly, it'll be okay. I don't like them standing out there either, acting like they own the place, but I deal with it. And I need you to bear it too.”

And I also guess that this is what takes me down and makes my bottom lip want to wobble and makes me clench my jaw hard. I take a withering breath and will my eyes to stay dry.

Only a few sentences can take me down like this? God. I can only nod as my reply.

He slips money into my pocket and looks up at me and I look down at him. We both nod and it really should be all I need but it isn't.

His face is soft in a way the makes my stomach turn and the look he's giving me makes me want to hit something. It's so filled with care and worry that I huff and pull myself from his grasp. I grumble something barely intelligible about grabbing a jacket and his stupid food and leave, avoiding his gaze the entire time.

I can tell that I hurt him and I don't like the feeling in the pit of my stomach that let's me know that I liked it, with it mixture of too much shame.

I feel that the walk to my destination and back is going to be a long one; filled with self-loathing that feels both delicious and gut wrenching.

I take a deep breath before I leave the building and wish myself an undeserved good luck and go.