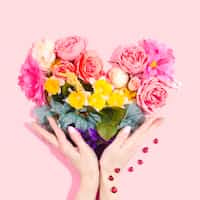 amazingmirror |Lesbian|Demigirl|She/They/Fae|♋️|
Autoplay OFF   •   3 months ago
Transcript Use Images
Forgetfulness is not so handy.
romance romancefictionlgbtlgbtqlesbian

Her voice was all clear and smooth, it was almost like an angels.

It was almost like those words were meant just for me...

Those words were meant for you because this girl is talking to you specifically!

I close my eyes, then open them again. It’s almost like a breath in and a breath out.

I struggle for words. My mouth won’t say anything, but my mind wants to.

She is by far the cutest girl I’ve ever seen. Her green eyes, her red hair...

She speaks again, but this time her voice is more angelic than the last time.

“I want to read that book,” she says beautifully. Her voice is so touching.

“But I need this book to study,” I reply normally. My voice is nothing compared to hers.

“Oh, okay.” Her voice is one of the most sincere things I’ve ever heard.

She turns away and starts walking in the other direction.

But she then turns her face my way to say something else.

“When you’re done with that book, can you bring it to me? I’m really interested in the topic.”

She’s a space geek. I did not expect that.

Why do people even like space anyway? It’s just filled with catastrophic things!

I mean, I guess it’s filled with plenty of beautiful colours, but that’s pretty much the only good thing about space.

I grasp the book in my hands. She wanted that book...

I could’ve given it to her! That way, I could have said that the book was already out!

As she left my sight, I realized something else, another something that I should’ve done.

Why didn’t I ask her for her number?

How can one person, especially me, be so much of an idiot?!