Commaful
What if we’re last? Chapter one 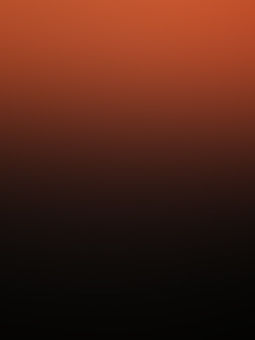 alyzaj I am a aspiring author. All pronouns
Autoplay OFF   •   a year ago
Transcript Use Images
In a post apocalyptic world a teen wanders the World trying to survive as long as possible.
fiction apocalypse

What if we’re last? Chapter one

I woke up, the smell of mildew hitting strong in my nose, it must have rained last night. I stretch, my worn out sleep shirt rising above my stomach.

I move from my makeshift cot to an even more makeshift kitchen on the other side of the molded shack.

I'll have to move soon, this place is molded and the last thing I need is to die trying to live.

I look at the rundown shack. It's been my home for the past week or so. I pack up my supplies, but not all of them as that would be too heavy.

I pack my essentials: a tooth brush, my water, food, some clothes, a few eating supplies, the small drying rack, and my small portable CD player and my CDs.

Sadly I can't take the blanket or cot though I wish I could.

I take one last look as I walk out of the safe space. It being in the country was really nice, nothing hit there as bad and even so there weren't a lot of people to begin with.

It really was a safe space. I put on my mask, an important step I should have done inside. I look like a post apocalyptic warrior, but that's only half true, I'm just a survivor.

I walk down the road and into a city area. I'll need to be aware. This whole thing wouldn't have happened if those idiots would have listened! It would have been bad,yes, but not this bad.

Walking down the road of the city is dreary. The groans of those not quite dead is haunting. I haven't been In a city in quite awhile, I'd been roaming the countryside and living off crops.

I try and think rationally, but it's hard with the sounds of death in the air.

I need to find food, and shelter, soon. I wish we would have listened to our government. "Our government." I say to myself. That word means nothing anymore, and it feels almost foreign.

"I don't know where you've been babe, but we ain't got one of those anymore." A sly voice says from behind me. I spin around.

"Who are you!" I exclaim in shock. I Had let my guard down thinking, that's not good. Afraid they might be "one of them".

But also I hadn't heard a normal human voice that wasn't my own in awhile "Calm yourself sugar I'm perfectly fine," he gestures to himself. "And the names Sly.

" It's true he does look healthy, but it's better to be safe.

He's wearing a mask too so at least I'm not in danger in that sense. He looks only what I could describe as foxlike.

Handsome beady dark blue eyes, a slinder build, and probably has a smirk under his mask

"Sly?" I manage. He starts"Well I suppose it's technically Sylvester,but I only get called that when someone's mad at me. So really it's jus' Sly," he explains.

The way he talks makes me think he's not from around here. Before I have time to comment or even laugh at his name , we hear a noise.