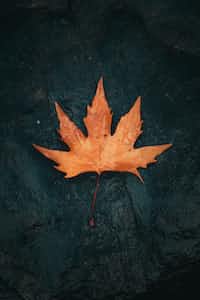 althaiageovana Community member
Autoplay OFF   •   2 months ago
Transcript
Do you know that feeling of having something constantly occupying your mind? That whatever you do, even if you distract yourself from it, it just keeps surfacing back up? Consuming your thoughts, your dreams, and your reality?
feelings feelingyearningdreamingwantingblindingutterlyconfusedconsuming

You know, I really thought I grew out of it. This writing habit.

Before, I used to type or write for hours on end because of how all these ideas kept popping on the top of my head.

I used to think that I had a real knack for it since I couldn't seem to run out, despite my lack of ability to actually be able to construct a proper draft of any of my works.

I would wake up at ungodly hours, pick up a pen and just scribble down what I had either dreamt about or had about to me during those groggy and half-awake moments.

But, it also came to a point where I couldn't think of anything in my long hours of being awake,

stuck in a loop of frustration and longing to just type something down and fill the blank screen or pages.

When all hope of going back to what was once my love for writing slowly started to diminish,

I turned to my trusty journal and planner to get used to writing again and be able to even just write my daily thoughts, feelings and sometimes what I was even craving for at that very moment.

But no matter what I did, what I wrote, and what I felt.

Years later, on the month of February, that spark and longing to type or write everything down returned as if a stopper had been uncorked.

Years of stored thoughts, ideas, and feelings just poured out all at once and for some reason, just wouldn't seem to stop.

This overwhelming need to express what had been suppressed for years because of some unknown reason.

The ache and heaviness that's spreading and radiating around my chest that wouldn't and couldn't seem to come to a halt and disappear like it once had, overpowers me.

But why? Why now of all the times I've tried to gain it back?

Why now of all the possible times that I'm doing my hardest to get rid of this burning and retched feeling of pain?

My mind knows that I cant. That I shouldn't. Yet my heart sings a different song.

Is that why it came back? Because my heart started to sing once again? Because I started to feel those flutters in my stomach that I thought I would never again feel?

I should have just ignored and never acknowledged these confusing thoughts and this overwhelming feelings.

But that wouldn't have stop it from growing would it? Because as days passed, it only seems to grow even stronger.

That feeling of yearning compelling me to make it known, to acknowledge it, to act on it. But I know I shouldn't.

I can't because for some reason, for some godforsaken reason,

I know from the depths of my being that its different and isn't something I've ever had or experienced before and that very thought terrifies me to the core.

Can I blame it on St. Valentine? Nope. No I cant.

Because it started even before this year had even arrived and I had just constantly pushed it away at the very back of my mind, hoping for it to never float back up.

How the feeling of his arms were when they circled around me each time we shared an embrace or how the top of my head seemed to just naturally tuck underneath his chin,

my forehead nestled into the crook of his neck, fitting perfectly like it had always been meant to be there.

But most of all, it was the warmth that he would pass on to me for each time he held me close to his chest or a simple caress that always, without fail,

kept my demons away and brought the sun back up and shining despite the tiredness I'd feel after a long and stressful day.

You know what's funny though?

Is that I've only watched him from a far, a few months ago, and never had I thought about anything close to what I was feeling now. I never imagined wanting, yearning or even thinking about him.

At that time, he was just one of the many people on earth that I could pass by at the halls,

give a simple greeting of "Hi or Hello" or even just have eye contact with and smile then get on with life.

Yet, I can't lie to myself that even then, each time we saw each other, I felt something as I looked into his obsidian eyes which never failed to make me smile.

Now, I was given the chance to have even more than just a closer look at those obsidians, and you know what?

For each time his hand and body brushed against mine, I'd feel warmth.

For each second the world gave me to see him, even if it was just a glance, I felt ecstatic.

For each memory the Gods blessed me to have and to remember, I dreamed.

And for each moment he looked at me, it made me feel alive.