Commaful
There Once Was A Time: 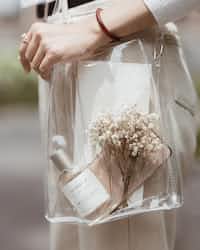 There Once Was A Time:

The long stretch of a street enveloped in the darkness always accentuates the stretch of breath that he took before a cigarette.

James paused. The wind hushed a soft breeze over the rusty gates of the hall- the towering walls overseeing the cars that hummed past on this cold, lonely evening.

Another drag, and the cigarette gave up and left him to his thoughts, minus the nicotine haze and the loud music that was trying to burst through the walls of the hall behind him.

The streetlights were the perfect shade of yellow- gently laying the paths into the night; only a few people walking past on such a night like this, at such an hour as this, was so rare.

James felt his back pressed against the stone, his suit barely protecting him from the cold of the darkness.

The corners of his mouth almost slipped, almost showing a slight smile- he saw himself on the poster of a Bond movie, smartly dressed,

legs crossing each other slightly and the ambiguity of the moment shining through on imaginary billboards he had created in his mind.

He ceased the movie reel spinning and turning in his mind's eye as the door to the left of him released and opened with a slight bang.

He removed the cigarette in his hand and crushed the end with his foot on the ground.

His eyes stared forward, not acknowledging the woman who questioned him.

He nodded, and rushed around in his pocket manically for several seconds, his lighter falling from his grasp and landing on the ground,

wrapped in a white veil and James saw the spill of white silk rested at his feet.

As he raised himself from the ground, his eyes scanned back up the white,

the ginger hair flowing down beside it.

"I thought you said you were quitting."

He turned back towards the street, the exit looking less and less tempting even though he wanted to scream and run and never look back.

"I wanted to. Old habits die hard, I guess."

James nodded, and mumbled an acknowledgment.

They recovered in the silence, bathing in the nighttime atmosphere.

"It was a beautiful service." James turned, and allowed himself to stare at her, face, and eyes, and lips.

He lingered, possibly for too long, and punished himself and he resumed his earlier position. It stung.

"I didn't think it would be to your taste, you always said you wanted something simpler."

James' eyes wandered, imagining her face as he could not dare to turn back and face her again, her eyes, or her face, or her lips.

"To be honest, James, I didn't think you would come at all."

James' eyebrows raised, softly, and he exhaled briefly and momentarily. He recollected himself before he responded, a calculated, brief response.

"Did you want me to be here?" He finished the question, the sentence forcing itself out of his mouth, and his head emptied itself into her eyes once more.

She turned again, their faces less than a ruler's pace away from each other. James watched her carefully, as she debated whether to smile or answer earnestly, or add to his sombre mood.

"Of course I did, James. Tom wanted you here too, everyone did."

They broke the thick air, with their laughter, as short as it was, heads rolling in the light of the night and the overhanging fairy lights that were scattered along the guttering.

"Wow. You really should have married me, after all".

They continued, before the line set in, and they stopped almost immediately as the penny dropped, and rolled and scraped itself painfully along the floor.

"It's so funny to think it could have been us, isn't it?"

She took her cigarette and finished it, and James took it from her and flicked it onto the floor, away from her dress.

"No, not really, Felicity".

She kicked off her heels, the clap of the shoes landing on the stone floor. Barefoot, Felicity stepped cautiously onto the small patch of grass in front of them.

She jumped around a little, the thin veil and glittered flowers catching the light of the street lamps dancing over the street. She reached out her arm.

"May I have this dance, James?" She laughed emphatically, and he felt as if she were begging him to share this moment with her.

She wouldn't remember this tomorrow. He certainly hoped he wouldn't.

She curtseyed jocularly and he gathered her in his arms as they twirled and spun around the lawn, enveloped in the moment- laughing and giggling and they were children again,

marvelling in this being of love they had created as it grew and grew, and spread like a cancer, and then he remembered, and they broke apart,

and they had returned to the evening reality had spun in it's loom for them.

He treaded lightly away, and he kicked her shoes very lightly and she ravelled her dress in her hands and she prepared to return.

She did not turn back to him as she placed her shoes back on her feet, and swung open the door, and placed herself back into the evening.

They had just had their last dance, as she was about to have her first.