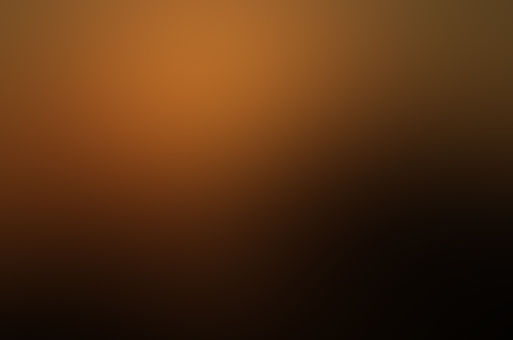 The climb to the cottage took an eternity. The path was rocky and narrow, weaving its way up the cliff to a little rundown cottage at the top.

The sea crashed against the rocks from the high winds which also caused my long red hair to flair out all around me. I cursed silently for breaking my only hair tie on the drive over.

The peeling paint and rough worn wood became more evident as I approached the door and my concern magnified. He'd been there for a little over year this time.

How could anyone stand to be that isolated for so long? What drove him back there again?

I'd heard stories from the villagers in town when I arrived. He never went outside. No one had seen him in months. Stopped taking care of himself. Yelling heard at odd hours, and cries.

My heart clenched as I stood outside the cottage fearing the worst. Please, I prayed silently, please don't let me be too late.

I pushed the flimsy door open with ease and entered the dimly lit cottage. The sounds of simulated gun fire followed by a deep, masculine chuckle drifted out from the end of the hallway.

I released the breath I had been holding, he was still there. The cottage smelled of stale beer and greasy take out.

I wrinkled my nose as the scent intensified the closer I came to what must be the living room.

Standing in the doorway I could hardly believe my eyes. He was sprawled out in a padded reclining chair, eyes glued to his game, a faint smirk on his lips.

The headset he wore drowned out the sound of my arrival and I took a moment to look around. The small room looked like it had hosted a frat party; for the last decade.

Beer cans and liquor bottles were stacked in one corner, pizza boxes and styrofoam takeout boxes in the other. It had clearly been awhile since he'd last cleaned.

As I assessed the room my eyes always drifted back to him. His clothes were like cottage: old, worn out, neglected.

His grey sweatpants wore heavy stains from greasy fingers wiping themselves across the sides and his white undershirt was equally stained and yellowing.

The beer belly that had started to slowly shrink from his workouts with Quill was back, resting gently over the waistband of his sweatpants.

His muscled arms were still as powerful as I remembered but softened slightly from lack of use. He was still magnificent, a god amongst us, just softer now and it suited him.

His hair needed desperate help though. His beautiful golden hair had become a mess of long tangled strands and his beard was long and wild.

That would be a good start, I thought to myself, a hot shower and a cup of strong coffee.

"Thor" I called out.

His eyes were on me in an instant. One brown, one blue, both staring at me in disbelief. "Mia. You came back" he said, his voice barely above a whisper.

I approached him as he stood up. He motioned as if to pull me in for a hug but then stopped himself, his arms falling to his sides.

"Of course I did. I would have never stayed away so long if I could have helped it." I assured him. Whatever his hesitation was I didn't care, I needed to wrap my arms around him.

He stood so still as I moved toe to toe with him. He was over a foot taller than me and I strained my neck to look up at him while I pulled him against me in an embrace.

His body sagged for a moment in palpable relief and he hugged me back so tightly I fought for air.

"I've missed you" he said, his head buried in my hair.

He started and stopped a few times to play it off with false bravado but one long piercing look from my hazel eyes and he sighed, giving up.

His voice was hoarse as he pulled away to look me in the eyes "They're all still gone. We won but I failed. I have nowhere else to go now. No one who needs me. I just... I can't...

I can't be a leader, a hero, anything, anymore."

Tears stung at my eyes and I willed them not to fall. "Okay, it's gonna be okay" I assured him while rubbing my hands up and down his back.

"Let's get you out of here though, huh? I have a suite at the Millennium hotel downtown. We can catch up, rent a movie, order room service. Whatever you want."

"I'm not taking no for an answer. Here," I said handing him a thick grey wool sweater from the hook by the door.

He shrugged but I saw the small curve of a smile as he turned to shut down his xbox.