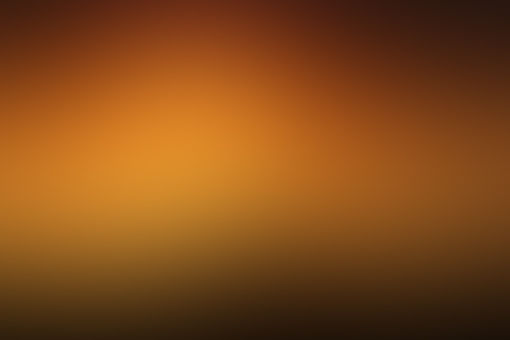 We ate dinner in silence in front of the TV. Thor had moved on to a show about the wilds of Alaska and was practically in a trance as he tore through his dinner.

I managed to steal a few pickles for myself from his plate but unbelievably he managed to eat all of his food.

It wasn't until he had finished that he sat back, rubbing his full stomach, and looked over at me.

My mind was warm and buzzing from the tequila we'd shared straight from the bottle.

I had wanted to keep my wits about me but every time he passed me the bottle I took a small sip until I realized it was catching up to me.

I had cut myself off after that and he finished the rest of the bottle. Now I was just on the border of truly drunk and he was looking pretty close to it as well.

This was not the time for serious conversations. Those could wait until tomorrow. I had spent too long missing the feel of his body against mine and I was not going to waste another minute.

I moved up onto my knees on the sofa and moved so I was straddling his lap.

My legs spread wide around his thick thighs and I wavered, slightly off balance, until his strong hands grasped my waist to steady me.

He watched me tentatively, waiting to see what I would do next and I wished absently that he would just sweep me off my feet and take me like he used to.

I needed to be the initiator this time, to show him how much I had missed him and still wanted him. So I ran my hands through his silky hair and pulled him close until his lips met mine.

I kissed him with a fierceness that surprised even myself, pouring all of my pent up longing and loneliness into it. Mindlessly my hips rocked against his and I felt him harden against my thigh.

"Mmmmph" I mumbled in frustration.

Using his size to his advantage he pulled me back for a moment, "I want to enjoy you, darling one. It has been a while."

"Sorry." I shook my head, knowing he was right. "It's been a while for me too. I haven't so much as looked at another man since we...

" now it was my turn to blush realizing what I had just confessed.

He chuckled, "It pleases me beyond words to hear you say that.

I have not enjoyed the company of other women in your absence and I'm afraid if you keep up like that things will be over faster than they started."

"From the way women tend to throw themselves at you, I wouldn't have blamed you if you had."

"Those women are nothing compared to you."

Thor ran his broad palms up my waist, then forward to cup my breasts. He trailed kisses down my throat and across my chest. The sensation lit my body on fire and my breathing quickened.

Thor placed his hands under my thighs and stood up holding me in place against him. I linked my hands behind his neck to stabilize myself as he headed down the hall towards my bedroom.

"Last door on the right" I instructed.

Not breaking stride with his kisses he laid me down on the large bed and began pulling my clothing off.

First my shirt, so he could shower my breasts with kisses, nips, and flicks of his heated tongue. Then he trailed his way down my stomach and pulled off my pants and underwear as he went.

My body bucked as his teeth skimmed across my hip and he moved his hands to hold me still while his mouth dipped lower to his final stop.

I grasped onto his hair as he reached down with one hand to part my lips. He made one deft stroke of his tongue against me and I was all but undone.

I cried out unable to stand the exquisite torture. He smugly looked up at me without moving from his position, enjoying what he was doing to me.

"I missed this" he said before diving back in to driving me wild.

The relentless firm strokes and swirls of his tongue against my sensitized sex pushed me over the edge and I called out his name as I came.

My legs were still trembling when he moved up my body, positioning himself right above me. "I would very much like to-"

The wicked grin was back as he drove himself into me.

His guttural moan was met by my cry and he stilled for a moment letting us catch our bearings before he started thrusting his hips rhythmically against me.

I couldn't get enough of him as he towered over me, pounding a maddening pace and pushing us both to the edge.

I ran my hands across his soft chest and belly, enjoying the carnal way he slapped against me with every thrust.

Grabbing on to his thick love handles I was able to push back against his thrusts. We were lost in the frenzy of the moment and I felt his one hand slip down between my thighs again.

He flicked my sensitized clit with his thumb, his rhythm never wavering. "Come with me" he pleaded breathlessly. His pace intensified and electricity crackled audibly above us.

I gasped, shocked and a little thrilled that I caused this reaction in him. My name was a roar from his chest as he pulsed within me.

I found my own release watching his undoing and followed him over the edge of another orgasm which felt like it would me rip in two.