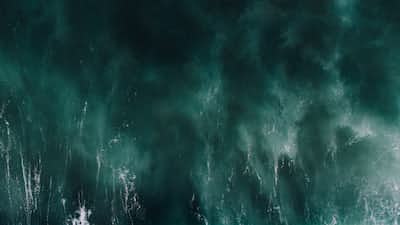 allison17 I believe all writers are somewhat mad.
Autoplay OFF   •   3 years ago
Transcript
Thought I'd create my own myth.
fiction

The waters of the Pacific crashed hellfully against the shore,

that many mountains miles away shook from the rage of Poseidon.

They trembled and groaned until they fell from the sky, and became not mountains any longer...

But the soil of the Earth.

Yet only the Pacific ocean stayed. Too proud to share its crystallized waters.

So Poseidon roared once more, and the Pacific sea parted and became multiple seas, and rivers, and lakes.

Then we were brought to life by the selfish Pacific, the strong mountains, the rich soil, and the swift wind, and finally formed into woman and a man.

And now as we have lost the meaning of preserving a strong generation, the mountains have took their peice from us; leaving us weak. Now the sea, soil, and wind are left.

As time went on we have abused, and forgotten the importance of the soil, so it emptied from our bodies and onto the ground from which it came. Now the Pacific and the wind stay.

More generations past, and we have poisoned the air, making the wind weep from it's blackened wings, and off it went, flying painfully away. Now all that is left is the Pacific.

We have stolen many things from the first sea, and dumped unwanted things in. The Pacific, as vast and eerie as it is, thought not to take away its peice from us..

But to punish, and so the deadly creatures of the sea were brought to life, and without mercy or a second thought was forever lusted by the fragile skin and bones of humanity.