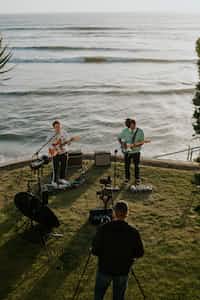 alishakhatoon life is a beautiful mess
Autoplay OFF   •   24 days ago
Transcript Use Images
How do we make friends? Online!!!
feelings friendsonline collegefeelingsemotionslifestoryblog

How do you start texting someone? Someone who was just a stranger yesterday and got the tag of a friend recently? Hi, Yo, Sup?

Well, that's how I try to start a conversation. I texted my new friend, "YO". After five minutes, I checked, she didn't read. After twenty minutes, she didn't. After two hours, she didn't.

The next day, it was left at seen. The day next to that, she texts, "Sorry! I forgot." Being the kind soul that I am, I replied, "Don't sweat it, it's normal".

The conversation ended right there and then. I tried asking a few questions about her every now and then, but it was always the same, I was left at seen.

Sometimes, she replied, but the conversation couldn't go longer.

I don't ask objective answers like, "what's your favorite color?" I try to dig a little and find a topic of common interest so that we can keep the conversation going.

But, it didn't really work out. "Should I try calling her?", I asked myself. "But, we are not that close yet", I stepped back. Days went by with very few awkward texts.

I had another friend who was from my city. She reached out to me first and we immediately wanted to talk overcall. It felt so good.

After talking to people from all over the country, finally talking to someone from the same city, with the same dialect, talking speed, humor; it felt so good.

I thought, why am I not this close to Maria? Maybe, because she is from the other side of the country? With Ashi, it felt as if we had known each other for years.

Is this called a regional divide?

After a reasonable amount of texts and an awful lot of schedule clashes, I just called her out of nowhere. We've had been dragging this forever. So, I called. She picked up.

We weren't using our mother tounges, as that would be a disaster. We just used English, the common language.

We started by talking about how this online semester is becoming the death of us and the conversation slowly transitioned into north-south differences.

She kept asking me about people of the north.

What are they like? What's the weather here? How do we talk? What do we eat? What do we wear? What are good places to be? What is the condition of corona?

I tried to reciprocate and was clearly failing at it. Her curiosity exceeded mine.

After talking to her heart's content about north-south differences, we started talking about hobbies and family.

I was happy to see that she is finally opening up and we are having a normal conversation for once. We talked about siblings.

She doesn't have any, so she has no idea what is it like? "Having siblings is fun, but they can be a real pain sometimes", I told her. She was fascinated by the idea of having one.

When we started talking about hobbies, I was internally screaming. It is one of the hardest questions one can ask me. I am a hobbyist, but more like a player. I have multiple hobbies.

I enjoy every single one of them but don't entirely dedicate myself to one. So, I just blurted out one of them, "I recently started listening to music and love to sing along.

Then she started talking about her hobbies which are movies and literature. Okay, mostly movies. But she has a lot of knowledge of southern literature as well.

Maybe, I am too dumb, but that's what I felt. I was awestruck.

How can a person know so much? When I read a poem, all I can do is appreciate the message and the beauty in which the words are woven.

While she literally knows all the technicalities behind a poem. Had I known this sooner, I'd never have started with poems.

We kept on talking and it just didn't seem to stop. We didn't want it to. But, it was getting very late and we had classes tomorrow early in the morning, so we said our goodbyes.

After this, it wasn't so awkward. We had several group calls as well; Ashi, Maria, and me. We grew close within a few weeks.

Now, we are close enough to share diaries, rant about our days, and talk for hours.

We were brought together as squadmates by an organization we don't like much but ended up joining over something else: NCC(National Cadet Corps). But, now, I think we are besties.