Commaful
I Think I Need a Little Change 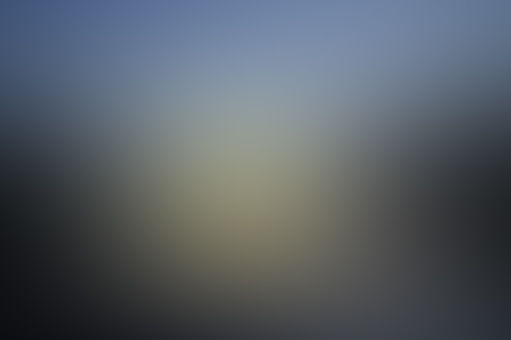 alisasapphire2 Writer, Artist, Animator, Fandomer
Autoplay OFF   •   3 years ago
Transcript
Rocker Danny Au.
I may make art later.
Do you guys want more? cause there is more and i can post it here if you want. But only if i have enough people.
fanfiction rockerrocker augame grumpsarin hansonalternate universedan avidan alternate universe fanfiction

I Think I Need a Little Change

“I own you!” he said. I looked at him straight in the eyes and said. “then find me in the obituary section tomorrow.” “You don't have the guts to take your own life!” “I don't if I don't have an extremely good way to justify it.” I said, walking for the door. “You'll be back here tomorrow without that rocker attitude.” my manager called out to me.

I looked over my shoulder at him, “have fun down there.” I said and walked out. I heard him talk into his radio before the door closed, “Guards, don’t let Daniel leave until I tell you.” suddenly guards of all shapes gathered around me. “We are told to-” “I know I heard.” I sighed, cutting of the guard. “But can I?” I pleaded.

“Orders are order.” said a guard. Maybe sympathy will work? “But he is abusive and demanding. Please,” I begged again. “Please just let me go.” “None of that works on us.” said the guard. “You’re going to have to try a lot better then that.” of course they have heard that before. I am probably just like the other people who perform here.

“What if-?” I started, “What if I let you guys eat at the snack table?” a couple of the guards looked like they would absolutely love that. I bet they haven’t really eaten all day. My manager lets only me and himself eat there, and I am even a stretch. “You drive a hard bargain there boy!” said the guard.

“And maybe I’ll let you all go home after you eat.” I told the guards. The gig was over, they were not really needed anymore. I got my own bodyguard just in case and he lets me do really anything. “What are you thinking boys?” he said to the other guards while they all looked at him. “Is it worth it?” all the guards nodded. “Okay, have a nice day then.”

It is easy to manipulate people through food and time off. All the guards walked away as I ran off to the stage door. I threw open the door to be met with a little crowd of people outside, and, like usual, they started screaming. Asking me to sign things and take picture with them. I always love doing that stuff. It was nice to meet fans and get a reality check.

This is the moment I would normally find two of the hottest girls in the crowd and when I was finished with the crowd, escort them to where I was staying at the time. But I am a free man, I can do whatever the hell I want. There was a tall man who seemed like he was a boyfriend dragged to come, but his eyes just seemed too excited for that.

His eyes had the same look that every girl who was falling over me right now. He didn’t seem to be with anyone, and I made sure, I don't ever want to make anyone mad at me. So when the time came when I normal grabbed the chicks, I wrapped my arm around his while he was looking at his phone. He looked up at me, puzzled.

“Don’t worry,” I said “the drinks are with me.” he looked even more confused, but he wasn’t objecting. We walked back to my hotel which was quite far, but we didn't talk the whole time, which normally isn't as awkward with women. We eventually unlinked arms, but the silence was still a little but weird.

When we got to my motel, I opened the door and let him in, like a proper gentleman. He walked inside and looked like incredibly awkward. “So, uhm.” he stared. “What's going on?” “What do you mean?” I said flopping down on the king bed. “You normally grab a couple of chicks, and then leave with them.” “Yeah?”

“Then why am I here?” “I’m a free man! I can do whatever I want now.” he looked at me a little scared and confused. “But I don’t do anything without consent.” “What if one of the girls says no?” he asked. I looked at him through my mess of hair, “Does it look like anyone could say no to me?” his face got reder then it already was.

“So-so” he stumbled, which was amusing. “So- what was your plan?” his voice got a little bit higher. “We could just chill you know.” I said as he let out a breath of relief. “Or I could try something new?” I said as I immediately heard his breath stop. “But I won’t do anything you don't want to, you know.” he started to breath again. This was starting to become fun.

“If you want, you can sit on the bed, I promise if there is any move making, you have to do it first. ” I never really had to make the first move with girls besides taking them to where I was staying, they mostly did all the work. “You promise?” he said, hesitant.

“Yeah dude. I am not a douche.” I said and he promptly sat on the edge of the bed. “Tell me about yourself. What’s your name?” “My name is Arin and I am married.” “Oh shit!” I said, sitting up. “If you want I can take you back.” “No, my wife is back in California.” “Then what brings you to Jersey.”

“Work,” he said, “But mostly for fun.” “What do you do for work?” “Animation.” “Would I have seen any of your work?” “You may have seen some the television shows that I have worked on.” “I actually don’t have time to even watch anything.” “Really? What do you do all day then?”

“My manager likes me to be at the stage all day.” I said. Suddenly there was a pound at my door. “AVIDAN!” I heard my manager’s muffled voice yell from outside. I looked over at Arin, “Kill me.” and he started to laugh. then he must have seen how serious I was, cause he stopped.

“I know you are in there!” my manager screamed again. It sounded like he was trying to knock down the door. Arin looked at me then smirked and then winked. He shoed me off to the closet. And before I shut the door fully I saw him go to the door with my screaming manager. “Hello?” Arin said really groggily. “Where is Daniel?” my manager said.

“Who? I have never hear of a Daniel.” Arin said. He was covering for me. “The man who is staying here? In this very room? Looks like he needs a shower and to brush his hair?” “Never seen ‘im.” Arin responded. “He looks like a member of Kiss but without the makeup?” “Doesn’t seem familiar.” Arin said again. “But he is staying in this room!”

“No, I was just able to check into this room today. They said a couple of minutes ago it opened up.” wow, he was making an elaborate lie for me. “They must have been desperate cause it was still a mess when i came it. Total motel behavior.” “Did he skip town?” “It seems so.” Arin seemed really convincing. If I didn't know any better, I would believe him.

“Do you know where that fucking rocker could be?” “People don’t normally leave clues in motel rooms to where they are going. He could be dead for all we know.” he laughed “Fine!” I heard my manager say and the door shut angril. I waited a couple of second to peek out. “Is he gone?” I said, looking around the room.

“That gullible dude?” Arin said. “He is fucking gone.” “Really?” “Pretty damn sure.” He said. I ran up to him and gave him a hug. “You have no idea how much that means to me.” I said into his shoulder. I realized how awkward this must be and I let go. “I will probably have hell to pay the next time I see him.”

“Well, if you want-” Arin started. “You can come back to California with me.” “Wait, what do you mean?” I knew what he said, but I wanted to make sure. “He knows you skipped town or something.” Arin commented. “Might as well go with it.” “Why are you treating me like a normal person?” I asked. He looked at me, but with a face that was one I had never seen given to me, sympathy.