Commaful
In Her Bones 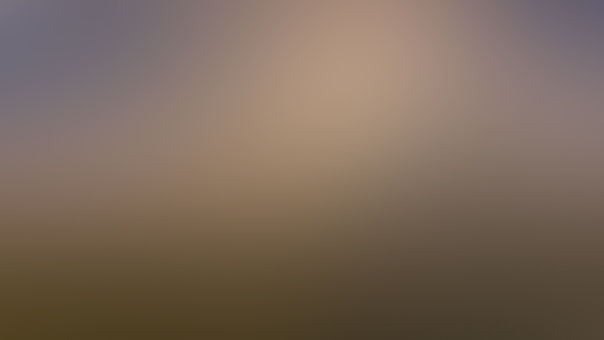 alicemoonstone Community member
Autoplay OFF   •   9 days ago
Transcript Use Images
After years of hope, of ignored red flags and social services, Faye accepts no one is coming to save her. At least, she thinks guiltily, she is not alone.
fiction child abusechild+abuselgbtabuselesbianptsdshort storyshortstorytraumachildhood trauma

As a child, Faye doesn't understand. She doesn't know why it's happening. She just wants it to stop.

With every raised hand, with every cower, with every bruise, she is chipped away at like fragile china.

She is a teacup smashed against the floor time and time again without any regard to the consequences.

She doesn't say a word when she starts reception, thin and tiny, and the other children laugh at her. She's scared that if she speaks up it will become so much worse.

The worst times are when everyone else is quiet, and Faye tries to control her breathing as it rattles in her ears, impossibly loud,

knowing deep in her bones if she doesn't shut up then 'they'll give her something to cry about'. It's all such work. Often, she thinks it would be so much easier if she didn't exist.

Most of her classmates are loud, excitable, normal. However, she is not completely alone.

There is one other girl who always chooses a seat at the back, who stares resolutely and refuses to speak to anyone.

Yet though Faye's voice dies from fear, this girl seems to stay quiet to avoid wasting her breath. Disdain fills her dark, cold eyes whenever she is called upon.

Teachers dote on her cleverness and berate her rude silence, but she doesn't seem to care either way.

Faye wishes she didn't care too.

Strangely, as the years pass by, she notices that she seems to be the only exception to the other girl's general world hatred.

Lena often sits by her unannounced, dropping her bag and pulling out her equipment like her place by Faye is her birth right,

glaring daggers at a class full of kids that never wanted the spot anyway. When Faye stumbles over her maths, she is there to help, explaining the methods in a way Faye can actually understand.

And when Faye's eyes start to go and her parents bicker about getting her glasses, she even tilts her exercise book towards Faye during spelling tests, to her eternal gratitude.

To say thank you, Faye spends a week drawing Lena in one of her old diary pages, huddled under her small bed with an old flash light and a shaky hand.

She shyly passes it to her one afternoon, and that cold, reserved face lights up, like sun breaking through clouds on a winter's day. Lena says its the most beautiful gift she's ever received.

Faye thinks she's the most beautiful thing she has ever seen.

Her mother catches her up late one night returning the flash light to the kitchen cupboard, and bangs her head against the refrigerator.

It hurts, like everything does, but Faye knows it is worth it.

The lump on her forehead will last a few weeks, but the memory of Lena's bewildered, besotted smile directed at her will last forever,

if she thinks on it hard enough; wishing on stars for it to never fade.

When she grows old enough to stop wishing on stars for a secret letter, some miraculous saviour to whisk them away, she becomes angry. She becomes righteous.

Knows deep in her bones that she will never treat another the way she has been treated. She talks back, and gets it ten times worse.

Purpling bruises are well known to her body, but its the screaming and shouting that she never quite grows used to, that lives in her head like a vengeful ghost.

She shuffles through constant states of hiding and screaming out, rotted with a bottomless rage but repressed with fear.

A few attempts at running, finding help, being saved, are made, but the policemen tut judgementally and look right through her.

Resolving to hold tight, knowing deep in her bones that no one cares, she says nothing more. It becomes a waiting game. Six more years. Five more years. Four. Three. She stops counting.

The impact of the violence is unbearable now. It poisons everything else in her life.

Lena tries to take care of her, to pick her up from the ground when she's crying on the kerb, but Faye swats her hand away. Screams at her that she doesn't understand. Leaves.

But Faye knows Lena does understand. All too well.

She feels the crushing weight of guilt settle in her bones that night, as she lays shivering in her thin blanket. From then on she's not sure it ever leaves her.

As an adult, Faye's anger dissolves along with every other feeling. Falls through her fingers like sand.

Sometimes she cries when she tries to get up and wash, brush her hair, look after herself, make herself food.

The ugly feeling of unworthiness claws up her throat and burns, has her retching on the bathroom floor or holding a blade to a pale forearm.

No matter where she is, whether she's stretched by a grin with friends or sobbing in a corner on her own, she feels the pain like a lead weight pressed on her chest,

weighing her down forevermore.

The other wouldn't understand. Lena is tough, hardened. She didn't hold the same conviction Faye did as a teenager.

Her conviction was to make them all hurt, because if she had to hurt, then so did they. She doesn't struggle to get up every day. She is cold and perfect. She doesn't allow herself to feel pain.

Faye is jealous beyond words.

Although the other is cold, and perfect, and unfeeling, she still makes an exception when it comes to Faye. Faye has never known what she did to deserve such a highly priced kindness.

She doesn't feel worthy. When Lena presses kisses to her forehead and calls her beautiful, she squirms away, brow furrowing automatically, blue eyes staring to the floor.

It doesn't stop the woman; instead it seems to make her more insistent with her efforts and her care. Needs that Faye has never thought to vocalise are appeased by Lena automatically.

The woman takes her out, when Faye has the energy, and treats her to dinner and dessert, watching her swallow everything down with a strange insistence in that dark gaze.

Flowers sometimes appear at her doorstep; fragrant bouquets of roses and lilies and freesias, always met with Faye's eternally confused but polite gratitude.

It almost makes her think, what does she want? What is she trying to get from me?

But she knows that Lena's public persona, her charming but soulless mask, is never utilised with her. She has always been unfailingly blunt and honest, even in her kindness.

Faye knows Lena isn't trying to get anything from her, but the idea of someone simply trying to make her happy for happiness sake has her roiling in an ugly confusion of why me why me why me?

She has never had a framework for care like this. She doesn't know how to trust it.

But Lena is nothing if not insistent on getting her own way, even if her own way is just the sight of Faye's world weary smile after a long day.

After a long while, Faye learns the art of the mask.

Her mask isn't quite as refined as Lena's, but she is no longer a constant open wound, sore and snapping and resentful, which makes day to day life a little easier.

She has no problem smiling winningly as she takes an order at work, making coffees and chatting away with her colleagues, no longer quite as afraid of saying the wrong thing, the wrong word,

looking at someone wrong, breathing wrong.

It takes nothing but the sight of a haggard old face from the past for Faye's carefully crafted mask to crumble to pieces.

Her mother looks her straight in the eyes, and Faye cant breathe. She thinks she asks for her order, but she doesn't remember; isn't really present though her feet are on the ground.

She ends up sliding an espresso across the counter, refusing to pass it for fear of touching, almost knocking it over with the shake in her fingers.

She thinks she looks at her once more, forces herself to, her eyes timid and skittering.

She can't recall much of what she says or does, but that woman's face is imprinted on her brain, flat and dead and sharklike.

That afternoon she signs off work early, walks to Lena's unannounced and cries into the woman's arms, unable to articulate a response to any of her frantic questions.

She wants to burrow into Lena's chest so deeply that she never has to leave and face the world again.

She picks herself back up, after many hours, and reconstructs the mask Lena taught her so lovingly to build, but she is newly embittered by that sixty second moment.

The once buried truth, the unspoken knowledge that justice will never happen for her, now rises again.

It clags and suffocates in her chest; becomes a vile taste in her throat she is never truly rid of.

Her lover sweetens it however she can, showering that strange, alien adoration on her until she is light and smiling once more.

On Faye's twenty fourth birthday, she wakes up to the news of a fire on nearby Rubble Street.

The news calls it a tragedy. Neighbours are interviewed, faces pallid with shock, as others crane their necks in the background, wanting a piece of the action like vultures on a carcass.

They say it couldn't have happened to a nicer, more normal woman.

Lena is smiling that day when she delivers the largest bouquet Faye has ever seen.