Commaful
The Most Dangerous Game 2 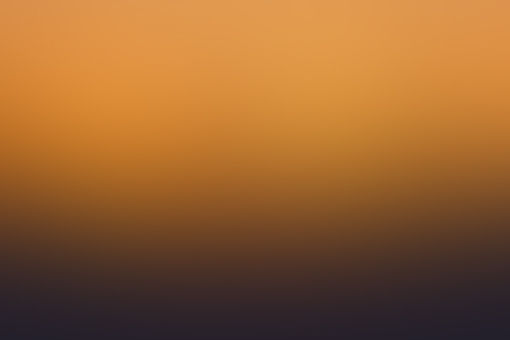 So what the book is about is a hunter who gets trapped on a island and meets a guy named General Zaroff. At first (like all villains) Zaroff was welcoming, but then Rainsford (the hunter) notices something off. Zaroff was studying him to see if he would be able to beat him. He then tells Rainsford he hunts a animal with reason. No animal other than a human can reason like that. So Rainsford finds out he is hunting humans and asks him to join him in the game. Rainsford refuses his request and is forced to do the game to leave the place.

Rainsford wins and "I never slept in a more comfortable bed" was were we start from.
Enjoy.

The Most Dangerous Game 2

by Richard Connell (A fanfic)

“I have never slept in a more comfortable bed,” Said Rainsford, when he woke it was mid-afternoon, Rainford put on a robe and walked downstairs to the dining room.

People gave him weird looks as he walked by them but he just ignored them. Rainsford pulled the wooden chair out and sat, when he sat down someone came rushing into the room.

“Me, Oh I’m Rainsford your new master,” Rainsford said as a smirk grew across his lips.

“Can we be freed, Mr. Rainsford”

“No” Rainsford hissed “You are my new servants don’t fail me eh” the young boy who looked about 21 nodded with slight fear.

He must find a way to escape but how the place was guarded and the dogs of there old General still stayed, it was unbearable he knew there had to be some way out but where?

The questions have yet to be answered as the young boy trailed off.

Rainsford sat silently in his chair while he ate his meal. When he was done he walked outside to smoke a pipe.

will obey every command, that seemed impossible. He looked over to the gate that guarded the place, it was opening.

“Oh yes a wonderful visitor” Rainsford smirked “Perfect timing too” he hopped over the rail and walked up to the gate.

When the gate had finally opened Rainsford’s jaw dropped. The person that had entered the place was no other than Whitney himself. Whitney turned to face Rainsford and was in shock as well.

He ran to Rainsford and gave him a huge hug, little did Whitney know the darkness had taken over the Rainsford he once knew.

Rainsford had no intentions on befriending with Whitney but he had to lure him just as Zaroff did.

“Ah, Whitney welcome to my palace” Rainsford grinned. Whitney looked as if he was about to say something but nothing escaped his lips. Whitney followed after Rainsford.

“Food, clothes anything I shall supply, my dear friend.” Rainford turned to look at him. Whitney nodded his head in agreement.

Whitney was speechless he had thought Rainsford died but no he was still alive though why does this come as a shock Rainsford could survive anything, how come this is such a shock?

Rainsford brought Whitney to his room.

“There are your clothes on the bed and when you are out of that filthy outfit please meet me in the dining room,” Rainsford said walking off.

Whitney observed the room, it was huge. The first thing Whitney recognized was the bed. It was the largest bed he had ever seen.

The bed could fit at least 6 people and everyone would still have plenty of room. Whitney put the clothes on that looked kind of old but ignored it.

When Whitney put the clothes on he did as Rainsford said and walked to the dining room. Rainsford sat at the far end and Whitney sat on the opposite side.

“Oh dear Whitney, come closer we need to have a nice good old talk eh?” Rainsford said while pulling out of a chair that was next to him.

Whitney nodded his head and pushed the chair he was in back and got up. Endless thoughts raced his mind as he sat in the chair Rainsford had pulled out for him.

“So my dear friend we don’t need to bicker, now do we?”

“Ah I thought you had lost your voice or something,” Rainsford said with a chuckle. Whitney rolled his eyes.

“What has gotten into you Rainsford” Whitney snapped

“What? What do you however mean? I am still Rainsford you know, nothing hasn’t changed”

“Yeah right, you seem off the edge and give me the creeps”

“Or Maybe you just aren’t used to my child play eh?” Rainford leaned back in his chair

“Rainsford, who’s place is this?”

Rainsford didn’t respond. A sudden silence filled the room. Whitney stood up and started to walk away but was stopped by Rainsford closing the door.

“There’s no leaving allowed, Whitney” He snapped but then returned to his grin. “I said no need to bicker and you disobeyed, now you shall be disciplined for your actions.

Let’s play a game called Hunter vs Hunted eh, a little fun game I learned by the old General of this place”

“What-” Whitney spoke but was cut short by Rainsford

“I will give you three days if you live you can leave but if I win let’s just say you won’t see another day again,” Rainsford smirked. Whitney stood silent. He had no idea what to say.

He then nodded his head.

Rainsford sent someone to place Whitney outside, as soon as he was freed he ran, ran faster then he had ever run before.

The first day Whitney had fallen asleep on a tree limb just like Rainsford did when he was being hunted.

Whitney’s heart beat faster when he heard the sound of the bushes rumbling and the birds chirping stopped. Whitney dropped down from the tree and met Rainsford.

“Oh hi there did you already lose?” He pointed the gun to his heart. Whitney gulped and regretted his decision.

“Well, dear old friend I wish it didn’t have to-” Rainsford was cut short, a knife that pierced through his side as blood came from his mouth.

Rainsford fell to the ground revealing the young boy from before. Whitney looked surprised but also relieved.

“Anyone call for a rescue” The young boy smiled at him, Whitney returned a smile.

“Thanks. I never caught your name, what is it?”

“Ah, that doesn’t matter” the kid smiled and grabbed Whitney’s hand to pull him off the ground.

“Let’s take you back to your ship after all a ship can’t have a crew without their captain, right?”

“Alright you ready to leave”

Whitney and the young boy walked off onto the ship. The young boy was always trailing behind Whitney for some unknown reason. Whitney observed his surroundings and nodded

“This is exactly where I came from” Whitney looked back and the young boy was missing. “Huh? Um..

this isn’t funny come out” Whitney backed up and tripped over a tree limb and felt a slight pain, when he looked down he has noticed he fell off a tree limb sticking out the ground.

The tree went through the other side of his hand completely. Soon the suspicious boy returned, he looked at Whitney and shook his head in disappointment.

“I leave for merely five minutes and you already got yourself in a situation, you are quite a handful you know that?” The young boy crouched down beside Whitney.

“By the way, my name is Zaroff” Whitney returned to his feet and looked at Zaroff with an unusual expression. Zaroff grinned “Would you allow me to treat your injuries.”

“No, we must return to my ship before sunrise,” Whitney said looking into the sky.

“Shouldn’t be an issue” Zaroff frowned “Just allow me to treat them?” He said while walking closer to Whitney. Whitney growled at him “Oh come on don’t be like that”

“Tch, just hurry up” Whitney sat on the ground crossing his legs

“Hey you don’t gotta be so rude about it”

Whitney ignored him and just sat still so Zaroff could treat his injuries. When that was done Whitney stood up and walked to the edge of a cliff to look at the view.

Zaroff followed but not to see the view of the night sky but he pushed Whitney off the steep cliff. Whitney stumbled down the rocky cliff leaving large cuts and bruises.

He could hear the low sound of Zaroff laughing each time he got farther soon the laughing stopped since the distance was much too big and soon Whitney hit the hard rocky ground.

A rock as large as a fist stabbed into his back and another one with a bigger size hit his knee. The crimson circled his body. He lay still unable to move.

He had then went into the deepest sleep ever. When he woke his body ached in much pain. He had little intentions into getting back to his feet anytime soon.

Blood poured from his knees as the little movement he made would cause the rock to go deeper into his knee. He had never been in such a tough spot.

Soon Whitney opened his eyes and saw he was in some bed and wrapped in bandages.

He looked around the room, it was a pretty small room, he observed it more closely than noticed he wasn’t in just any room he was on a ship.

Was it his ship? He must know, but what if it isn’t, what if he was kidnapped by a pirates, these questions were unknown and still are to this day.