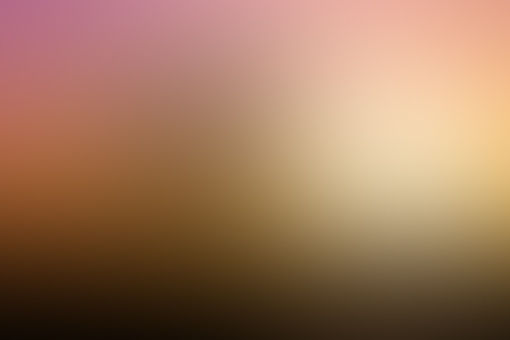 I seldom watch TV nowadays. I even more seldom watch the news. Hell, I don’t even watch cable that much. But sometimes, you’re on your couch, and the TV is on. And you’re watching such a fucking boring programme that without you notice it, your hand grabs the remote and your finger starts clicking desperately on the gadget, zapping through a hundred and fifty-seven channels.

Each, worse than the previous. And when you’re just about to puke, somehow, you stop on one that has a show with a politician as prime guest. They say TV Hosts are overpaid. No, they’re not. Nobody, absolutely nobody is overpaid to listen to the crap that comes out from a politician’s mouth.

In that hour, hour and a half that the show stands, listening to a politician talking about issues in general, is the ultimate martyrdom someone can ask from a fellow human being. Nobody is overpaid for that. No money in the world is enough to compensate you for the trauma of listening to those motherfuckers babbling about something. Regardless the matter; regardless the subject.

TV Hosts should have a licence to kill. Like that Bond chap (lucky bastard). Because be sure, if TV Hosts had that prerogative, they would use it. They would use it without the slightest hesitation. You can see it on their faces. The desire, the hunger to kill. Yes, it’s right there. Cameras don’t lie. If they could, they would shoot the sons of bitches on the spot.

Because it’s paramount irritating asking someone a question and don’t get a straight answer. Not even the simple ones. The ones to which all that’s required is a plain “yes” or “no”. Now, imagine what is to be like one of those TV Hosts. For about ninety minutes, he, or she, don’t manage to pull a single answer to their questions from those creatures they’re interviewing. And it’s not the Hosts’ fault.

They’re good. They’re professionals. They’re the top of the top on that job. They really do their best. Sometimes the questions are so easy even a retarded person would understand (and answer) it right away. But not politicians. Oh, no. Not politicians. Politicians will keep on detouring, fidgeting, contouring, sliding, sleazing on the questions like grease on a hot skillet.

So, after a while, listening to that verbal diarrhoea without a single answer, the Host or Hostess, or both, start to lose it. It’s just not easy to ask: “Minister, will you raise taxes again?” And get as an answer: “Well, I’m glad you asked that question. It’s a very important question... and an intelligent one too, by the way.

You see, the problem is not quite simple as that. Is rather complex, in fact. For instance: in ancient Greece, the...” And you got a lecture on some poor Greek motherfucker who was born around 1.000 years BC and had never intended to have anything to do with taxes. And the lecture is not even accurate.

The minutes pass. The lesson continues. The minutes go on. The Hosts start to look at their watches. The fucker keeps talking about the Greek guy. Each time he pronounces his name it sounds different. And now he moves to the architecture of the house where this fellow was supposed to have lived in.

And you, looking at the screen, blink. Your brain starts to boil. You blink again. And the guest is now disserting about the gardening that was supposed to be on the estate of the dead mate. He even says what were the favourite fruits the guy used to eat.

You blink again, and out of a sudden, you forget you are watching a political debate and you think you’re watching some rerun on Discovery Channel about a distant cousin of Tutankhamun. And you only snapped out of that trance because you heard a different voice interrupting the verbiage that was hypnotising you.

At that point, you come back from the virtual Discovery Channel to the actual debate’s reality. You blink, your brain all foggy, and listen to the Host saying: “Please, Minister, we’re running out of time.” And the motherfucker goes: “Yes, «time». That is a very interesting question. I’m really glad you asked it.”

And you think to yourself: “What the fuck is going on? What were they talking about? What was the question in the first place?” And that’s when you begin to notice the Hosts are about to lose it. Yes, they can’t hide it. Cameras don’t lie, remember?

And you start to see them sweating, and moving on their chairs, and swallowing funny, fiddling with their papers; nervous twitches on their features. Yes, it’s right there. The killing stare. And it’s directed straight to that creature who keeps talking about time, but now without a Greek bloke starring all along on the theme. Now he’s using Einstein.

And eighty-nine minutes have passed. The credits are rolling. The Hosts are standing and that son of a bitch is still sitting and talking about time, and space, and how everything is relative. Only the following day my brain was able to remember about the goddamned taxes once more.