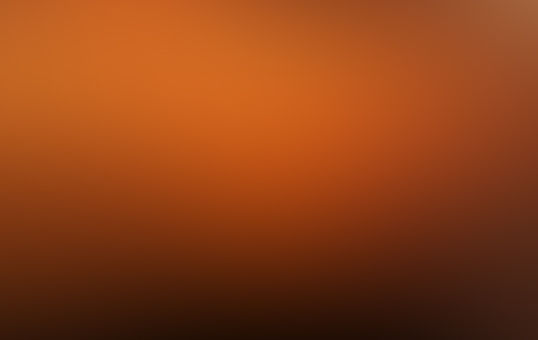 It was during a very cold, bitter September night where a white frost sheet covered everything like a natural blanket.

Branches on the trees were hanging high above the ground as icicles hung from them, swaying gently.

The wind was but a distant memory with only a small howling sound every now and then that whistled throughout the branches and across the moon soaked rooftops.

It was around 1:15am when John was awoken by a noise that he was sure he hadn't heard before.

He lay still in bed as he looked around his darkened room, his eyes and ears trying ascertain where the sound came from.

At first, his mind told himself that it was just the wind, blowing and howling down the chimney in the front room of the house or it was maybe the sound of rain crashing against the window,

but there wasn't any wind, hardly a sound. John lay there and listened intently, wondering if he'd hear the sound again as he shrugged it off and slowly drifted back off...

It must've been about an hour later when the same noise woke him again, this time it was much louder and much much closer,

he sat up in bed and pulled his quilt covers up to his chin for comfort, he once more found himself staring into the darkened abyss of what was his bedroom.

Sharp spindly shadows streaked across his ceiling like cracks in reality, seemingly reaching towards him, their grasp clawing across the carpet towards the foot of his bed.

Blinking a few times to adjust his eyes, he summed up his courage and crawled from his bed as quietly as he could.

He crept across the room as the floorboards creaked a few inches beneath his feet. He navigated his way towards his lamp which was by his desk that overlooked his garden.

No sooner as he had reached it and flicked it on, he froze as the sharp light hurt his eyes. Parting his curtains ever so slightly, he peered out with one eye.

He scanned in a military fashion across the dark shapes and objects that made up his garden, looking for something that shouldn't be there.

John, feeling much more calm and relaxed, knowing things were alright, decided to retire back to his bed. But just as was about to, he felt a cold shivery breeze on the back of his head.

He froze. He froze like a statue, the hairs were standing to attention on the back of his neck. What should he do..

? Turn around? Stay there? A thousand thoughts crossed his mind, his imagination filling him with dread. Bravely, he spun around to face whatever it was with his eyes closed.

After a second, he squinted through his eye lids as his lamp flicked off behind him. A shadowy figure sat perched on his bed. Sitting there staring at him with dim red eyes.

It had the same human-like shape as John but the fingers on each hand were longer, at least nine inches long..

John once again froze in the spot with fear, his brow weeded perspiration as his eyes darted around the room, this was not his room. This was not his home.

In his cold sweat, his gaze fell upon an old torch that was sitting by his toy box, which he didn't remember being there before.

Ignoring the reason as to why this tool was now in his room, he dove for it, straight and true.

As he came crashing to the ground, he landed on his wrist and a hot searing pain shot through his right arm.

In the fumble, he managed to flick on the torch and shine it at the foreboding creature. As the bright white beam of light cut through the darkness, John found himself blinded by the it.

As his eyes adjusted, he found himself once again alone. Alone in his darkened room, on the floor, in front of his wardrobe mirror....

confusion, relief and happiness washed over him as the realisation kicked in.

He was staring at his own reflection! A coy smile spread across his face and a quiet but very distinctive giggle escaped under his breath.

He thought back on what had happened, the 'tendrils' he saw before, nothing more than tree branches etched onto the walls from outside the window and bangs must've been from the street.

"John!?...John, are you alright!?" cried his father as he swung open the door to his bedroom. "What happened up here? Why're you on the floor?" he enquired.

John explained to his father what had occurred up there. "Well, there's been a power cut in the local area and everything is out.

I left this torch next to your desk while you slept, just in case you needed to get up during the night".

John, feeling much more at ease than he was before this all started, now clambered back into his bed and snuggled down under the quilt, his father kissed his forehead and said goodnight.

John heard his bedroom door click to, as well as his father's as he drifted off back to sleep. To dream of nice things. Like Christmas, Easter, his birthday next week and all of his friends.

He ventured to far away lands in his dreams, places you can't even begin to comprehend.

from upstairs again. He jolted up again but this time, not as before..

He WAS downstairs. This wasn't his dream. How did he get down here? He summed it over and came to the conclusion that his father must've brought him downstairs for comfort.

John unwrapped the quilt and looked around.

He saw all of the photos of his family,

his friends and the dog they once had before she went to sleep one summer's night and never woke up He had fond warm memories of that dog from such an early age.

His eyes began to well with tears.

He rubbed his them and stared at the clock, it was 2:15am! It was so late!

He also noticed that his right arm was bandaged tightly from his fall earlier, his father had obviously helped wrap it up whilst he was sleeping.

He went through to the hallway and peered upstairs into the dark as he heard his father moving around, creaking the floorboards looking for something. Assumingly more torches.

He bravely travelled upstairs to find his father.

As he approached his bedroom, he could see rays of light coming from under his door, his father had found another torch to help them until the power came back on in the house.

As his hand rested on the door handle to his room, another bang made him jump and push the door open by mistake,

But it wasn't his father, his face looked younger and softer. His body was smaller and child-like. His father was at least thirty years younger now!!

That familiar and all too welcoming feeling of utter dread and desperation rose from the pit of his stomach again as John realised what was taking place. John was looking at...himself....

But why? How? His father had rescued him earlier from the darkness, just as John was doing now.

The two stared at each other infinitely in the grim dim inky blackness that seemed to swell up around them, engulfing them. Neither person said a word to break the silence..

the only noise that was heard was a muffled bang come from next door's bedroom and, as fear kicked in again once more...the batteries..grew more faint in the two torches...

until they were but a small shade of grey light..until..nothing.

CLICK! The machine's power was shut down. It's gears whirred to a halt. The multicoloured lights stopped flashing, the instruments showed nothing and the screens came to a freeze.

The younger man in blue overalls said to the older man in a white coat, "Don't you think the fat-cats upstairs will find out about this?"

The older man turned and said quietly, "Don't worry, no one will ever know about this" as they both left the darkened room as a metallic door slid shut behind them.