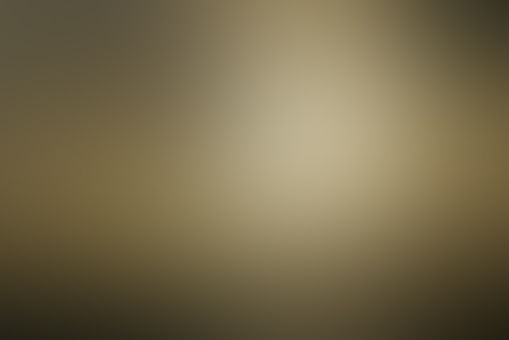 alengale My Imagination is my Best Friend.
Autoplay OFF   •   a year ago
Transcript
Chapter 2 - Too Close for Comfort Days rolled on faster than ever before; the periods were the same. I never got enough time to heal myself thanks to a certain someone nagging me all the time.
romance

Chapter 2 - Too Close for Comfort

Days rolled on faster than ever before; the periods were the same. I never got enough time to heal myself thanks to a certain someone nagging me all the time.

I woke up this morning to the exact same tone, did all the morning stuff and rushed of to school. Then a cruel thing happened. Noelle was waiting outside the boy's dormitory.

I tried walking out without looking at her. But she called from behind. "What are you doing here?" I asked her. "Isn't it obvious? Friends should accompany friends to school right?" She replied.

I sighed. Arguing with her was pointless. Until I'd reach class, she'd ask me a bazillion doubts and if I wouldn't answer them, she'd drill her finger into my back, making me dance.

And then she'd continue on to start laughing with a stupid dialogue "Your reactions are priceless!".

Even in class, there was no escaping her. I'd be like "Rachel's looking as pretty and cute as usual... Noelle get out of the way! I wanna see her!" Inside my head.

But I didn't regret my decision. I couldn't. Because she was so damn forgivable and oblivious. Her jokes were the best. I had so much fun I never had without a friend.

But still, I could agree that she was a bit too annoying.

Today Rachel looked quiet and sad today. Even so she was still pretty because she hid it. As the final bell was given, the Class dispersed.

Normally, everybody would be itching to go to their respective clubs. I always stayed behind because I wasn't in any clubs. But now it was different.

This would be the time when Noelle would go about making jokes and interpreting Mr.Axon in funny ways.

Today, as soon as the final bell was given, Noelle asked me "Hey are you in any club?" I sternly replied by shaking my head.

She smirked in a way that meant she was going to pull something crazy. I prepared myself, expecting her to tickle me or something.

But she grabbed my hand and ran out of the classroom, pulling me with her. "Hey what are you!" I tried to say, but she was too quick.

She pulled me all the way to a class, opened the door and shoved me in. I slipped and threw myself on someone accidentally, who went down with me. This was gonna be bad!

As soon as I caught up to what was happening, I felt my mouth against something. Like... Lips!!! I opened my eyes.

What I stared into was Rachel's beautiful blue eyes and completely flustered face. And then I realized what was going on. My lips were connected with Rachel's!

My body was paralyzed! Duuude! This was the end! I was going to be hated the most by whom I love the most! I couldn't recall what happened next, because I had passed out...

When I'd regained my consciousness, I was in the Nurse' room. Noelle was sitting beside me on her phone.

She finally noticed me "Oh you're awake! Finally! You've been out for the last hour!" Really? Was I out for that long? "Can you walk?" She asked. I got out of the bed. I was just fine.

It looked like I'd passed out due to the shock of... My face turned red again. "Even Rachel passed out. She hit her head on her way to the floor when you so ambitiously pushed her down.

" She said with a smirk. "It wasn't anything like that! You pushed me!" I yelled, trying to deny her accusation while still embarrassed. "Your reactions are too good!" She said laughing.

I karate chopped her head, which shut her up. "So, why did you pass out?" Noelle asked. So she was clueless as well. Wait a minute. Rachel was in the bed next to mine. No.

Why was I so excited about this? I slapped myself to stop drifting away into fantasies.

"Noelle?" A voice sweet like honey... ok I'll stop exaggerating. A voice called out. She ran over to the next bed. "Rachel! You okay?" She asked.

"What happened? I remember walking to the club room... and then..." Rachel didn't seem to remember. Maybe it was because of the impact from the table she hit.

God damn it! Why couldn’t I properly engage in a simple greeting with her?! “Meet Jack! The newest member of Voluntary Club!” Said Noelle.

“Rachel’s Eyes glowed up and she lunged out of the bed, asking “Really?”. I did not want to get involved in club stuff. ANYTHING but that.

But the look in Rachel’s eyes and the thought of spending time with her awoke my instinct and I immediately said “Yes! I’d would be an honor!

” She smiled wide like a child for a moment which made my heart skip a beat. But then, looked at me plainly. That’s when I realized that we were holding hands.

“Oh Crap! Withdraw! Withdraw!” Was what my mind was telling me. But I was paralyzed yet again. Before pulling away, I took one last glance at her face.

She was blushing as hard as I was! “MISSIN ABORT!!!!” I screamed in my hand and that’s when I really let go. Looking away to avoid eye contact was really hard too.

I had to dissolve this awkward situation. Yet I didn’t know why “I held hands with Rachel!!!” Was playing on loop in my mind.

Thankfully Noelle became useful for the first time and broke the atmosphere. “Shouldn’t we all get to our club rooms quick?” She suggested. That caught Rachel’s attention.

She led us to a room where all kinds of books were there. My eyes lit up. “Rory why’d you bring dead eyes here?” Said a guy. I knew him cuz he sat in front of me.

Suddenly, he groaned as if someone dropped weights on his legs, which Noelle actually did.

“His name is Jack, the living guy and a social loser!” I didn’t know what the purpose of a brain was in Noelle’ head.

But I watched the guy’s face in horror as Noelle sadistically drilled her shoe into his foot. “Y... yeah!” The guy looked at me in a ‘humph!’ Way. Then Rachel interrupted.

“Alvin, this is Jack, my.....” of course she was struggling to find words. “Jack is kind of a childhood friend.” After all, the first time I even talked to her was back in 5th grade.

But I was happy that she remembered me. Alvin took my and and shook it in way which would have dislocated my shoulder. I had a feeling we’d get along.

Next, a hand slapped me on my back, knocking the air right out of me. The hand then came to my shoulder and turned me. “Well... Well...

looks like our new member is the Lone wolf who’s come into the light!” The girl was taller than me. “Im Alex from Class 2-B. Nice to meet you, junior!” She said.

“I dont care if you just saved our club or not! I want you to be an active and useful member thats all. Oh and by the way, the name’s Alvin.

And then suddenly they all hugged me. Being squashed between them was not what i felt. It was the warmth and love of company and comrades i never felt before.

“Welcome Jack!” They all shouted out. I felt like my new family was right here within the clubroom. It was all Thanks to Noelle that I was brought out into the lights life.

Its not what i thought i wanted. But i subconciously had yearned for it...