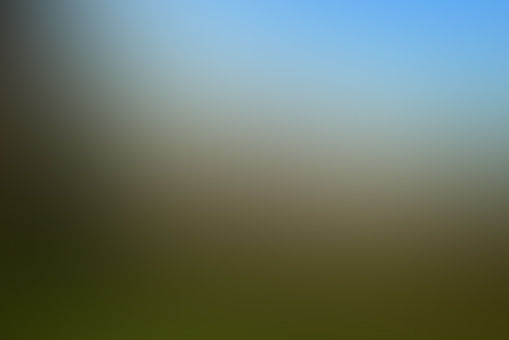 For most of my life I grew up in the slums on the southside Detroit with my little brother and my mom.

We never had much money and my father was never in the picture on account that he had gotten locked up when I was three years old.

The last memory I have of my father is him getting into the back of a police car.

To most people I’m just a statistic, just another black kid growing up in an urban area with only two options, dead or jail. Growing up in this environment you really don’t have a choice.

Being surrounded by drugs and violence constantly since a young age you become a product of your environment.

When I was seventeen years old my brother and I got sent to live with my uncle because my mom was diagnosed with cancer. My uncle was an angry, dirty, rotten man.

He wore the same stained wife beater everyday and walked around the house in his draws with a 40oz in one hand and half a cigarette in the other.

My uncle always had an excuse to why he didn't have a job. I'm pretty sure he's been living off his disability and unemployment checks his whole adult life.

The only real “job” he ever had was selling oregano to the crackheads that knock on our door trying to sell us already used dental floss or stolen pieces of electronics that don't work.

At the end of each month my uncle cashes in his checks and invites his friends over to shoot dice in the backyard.

All his friends are older than him and when they come over my uncle lets them do whatever they want whether its eating all our food or getting to drunk and punching holes in the wall.

My uncle and his friends sent me and my little brother to the corner store three blocks down..

When we step outside I saw my old friend James he's out of high school and has a car so he offered to give us a ride.

He rides around with a glock under his seat he says it's just in case he runs into “trouble”.

I usually try to avoid the gang members but James had helped me get through the toughest situations and always had my back so I would never switch up on him.

On the way to the store he lights up a blunt and passes it to me. Not one minute had gone by and we see red and blue lights from the back window I look at James and tell him to pull over.

He looks over at me and says “Im driving in a stolen car with a lethal weapon under the seat, I'm not about to risk my freedom and get caught.

And I know you've been hearing about all the cops killing kids like us man, you must be crazy!”. He shifts gears and speeds off.

I guess one of the skills you pick up on the streets is running from the cops.

We get to the store, he parks in the front and before he walks out I stop him and ask,

“do you ever get tired of being on the streets always having a reason to run from the cops and always looking over your shoulder wondering if today could be your last?

so yea I do get tired of being out here but I don't have a choice. my parents are drug addicts and I'm the only one who can provide for my family, you do what you gotta do to survive.

“Now do you wanna keep getting all deep or you wanna go in the damn store?” My little brother always asks for candy and I only had a few bucks so I told him to wait in the car.

The guy who owns the stores name is Habeeb. The store got robbed so many times that he keeps a loaded shotgun behind the counter.

In that store you could find all your basic needs from candy to bootleg DVDs and everything in between but I was just there to get my uncles things and get back home.

Coming out of the store I had a funny feeling in my gut. As soon as the car starts another car pulls up on the side of us, the car was all black with tinted windows.

The other car rolls the windows down and out comes a face with a mask and gun pointed at us,

I grabbed the gun out from under the seat it was at that moment time felt like it had slowed down and I did what anybody would do in that situation, I started shooting.

It was our life or theirs.

There were bullets coming from all directions my heart was thumping and the adrenalin was rushing I shot until there was no more bullets in the clip and the other car was gone.

I was shook by the fact that that was the first time I had ever shot anyone or a gun for that matter.

and police sirens coming closer. I turned my head to see if my little brother was okay and there he was dead in the backseat with two holes in his head.

I busted out into tears praying and hoping that it was all a nightmare. By the time the cops got there, I lost a lot of blood and had lost consciousness.

my fingerprints were on the gun and told me to show up to court tomorrow morning. The judge tried me as an adult even though I was only 17 I ended up getting sentenced 25 years to life.

I guess that goes to show you how life can be, I guess I am just a statistic just another black kid growing up in an urban area with only two options, dead or in jail.