Commaful
A Silhouette in Dark 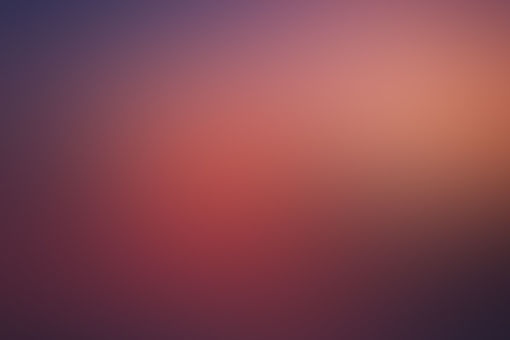 alchemist In the shadows we lie
Autoplay OFF   •   a month ago
Transcript Use Images
Detective Sundeep had been a detective for hire. 5 years of experience had brought him no recognition. But things seem to take a strange turn on one fateful day when the killing begins. This was his chance to prove himself, as he takes up the case. Not knowing what lies ahead. Only time will tell...
thriller darkmysterymurderfictiondetective

A Silhouette in Dark

It was 6:17 a.m. in a fine morning of winter. Detective Sundeep was sitting in his office, eating a sandwich and listening to the radio. A young, stout man working as a detective for hire.

The Case files on the shelves (93 in number) were all solved by him, in just five years. People of the town had begun noticing him, but Sundeep aimed for higher.

A century of successful cases was not so far, and it was a VERY important milestone for his career.

While he was thus munching on his sandwich and waiting for a new case, the news on the radio abruptly stopped. Sundeep glanced at the radio on the table, his eyebrows knit.

And suddenly a new voice came from the radio.

"TONIGHT, AT 10. COMMISSIONER AJAY WILL DIE. DO NOT TRY TO STOP ME, NO ONE CAN. I HAVE SPOKEN."

Sundeep got up on his feet, staring at the radio as the news report continued as if nothing had happened.

He took his hat and coat, sprinted out, stopped a taxi, and asked the driver to take him immediately to Commissioner Paratap's residence.

As he came out of the taxi, he saw nearly the whole of the town's police force standing at guard. Inspector Karan saw Sundeep and went to him, "Thank the Gods, you are here, Sundeep.

"First off, have you tried to know the location from where the message was broadcasted?" interrupted Sundeep.

"No, the broadcast was protected with some kind of firewall. We haven't cracked it yet, but the team's on it." Karan said.

"No need to waste time then. Guard the place securely, every nook and corner. I'll take up the case. Thinks he is smart, I'll show him his place.

One more thing, Karan check the whole place right now. He could be hiding in here." Sundeep said.

Karan nodded and went back to give orders to his squad. Sundeep looked at him for a while and then walked towards the door.

It was 9:27 in the night. No sign of anyone. Karan and Sundeep were there in the room with Commissioner Pratap. Karan was tired. He had been out there patrolling, the whole day.

Commissioner Pratap, a man in his fifties, was fidgeting on his chair. Sundeep was strolling, listening and seeing everything intently. All three of them had a revolver.

And outside, nearly 78 policemen with rifles were stationed patrolling the grounds and the house.

There was no sound. Karan asked over the radio, "Any sign, squad 1? Over."

After Karan asked every squad, Commissioner Pratap heaved a sigh of relief.

"Seems it was all a sham. No need..." He stopped, the telephone was ringing. Detective Sundeep gave a sign to stop him and picked up the receiver himself.

"Hello... hello Pratap?" came the voice of a lady.

"Hello madam, this is detective Sundeep over here. Can I know who am I talking to?" Sundeep quickly put the phone on speaker.

"I am Mrs. Pratap. Is he all right?! I just got to know that there was strange news going around. That... that someone is going to..." the lady on the phone started crying.

Sundeep stood there stunned to move. Karan shouted over the radio for medical help. Officers came flooding into the room. But Sundeep knew he had lost, the Commissioner was DEAD!

The body was sent for autopsy. A small dart was found, the tip dipped in a poison faster than cyanide, went straight through the ear.

There was an uproar in the town, Detective Sundeep had lost a case, so close to a century.

Karan and Sundeep were sitting in Sundeep's office going over the things that happened the night. It was 3:00 a.m. The telephone was kept in front of them. Sundeep was examining it.

After about an hour, he said, "I think I get now how he was killed. Too bad it won't help us to get the killer."

Karan asked, "So you know how he was... killed?! Fill me in on the whole thing then."

"The message was broadcasted today, but the plan was made a long time ago and pretty flawless at that.

You see over here, inside the receiver this small mechanism, somewhat like a slingshot or... a crossbow. Yes, someone added it there. The dart was fixed and shot from here, in the ear.

"Wait a moment! How did it shoot itself and why didn't it shoot you if you were the one to pick the phone up first!?" Karan said.

"I was coming to that. You see, this fixes the slingshot in place. You must remember the loud beep sound we heard. The beep had the same frequency as the natural frequency of this part...

the holder. By resonance, this part was moved, and the dart was shot. We already know that the killer is good at radio communications. The firewall you mentioned before.

So I think that he was on the phone at that time. The third guy. Nobody noticed him and as soon as he heard Pratap's voice, the beep sound, and we know the rest." Sundeep said.

Sundeep smiled as he got up. He wore his coat and hat and opening the door he said, "What choice do I have? I have to win my reputation back. Now come along we got a murderer to catch."