Commaful
The Earth I Walk PT1. 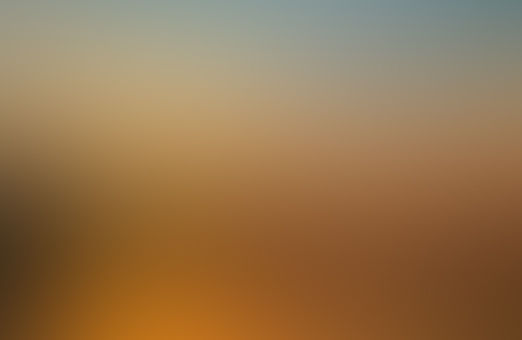 al_larsmen Odd quirky procrastinator
Autoplay OFF   •   a month ago
Transcript
My alarm goes off, I look over its 6 am " ugghhhhhh" rolls out of my mouth before I even have a chance to wake up to turn off my alarm. My hand slams on the snooze button. "Caspian if you aren't up in the next ten minutes I am coming up there and throwing you in the shower myself!" My dad yells from the kitchen downstairs.
fiction fictionromancemysterymonsters

The Earth I Walk PT1.

My alarm goes off, I look over its 6 am " ugghhhhhh" rolls out of my mouth before I even have a chance to wake up to turn off my alarm. My hand slams on the snooze button.

"Caspian if you aren't up in the next ten minutes I am coming up there and throwing you in the shower myself!" My dad yells from the kitchen downstairs.

"Make sure it's hot water this time!" I yelled back jokingly. I sit up in my queen size bed with a slow sigh "Why does school have to start today?" I ask looking at my pet ferret.

Slinks looks at me cocking his head to the side like he's trying to tell me that he can't speak. "Yeah, Yeah I know you can't talk, but you could at least try to speak ya know.

" I jump out of bed and start the shower "SHIT!!!" I scream at the top of my lungs. I can hear footsteps running up the stairs.

"What's wrong?!" my dad shouts into my room holding a 12 gauge in one hand and a mug filled with fresh coffee in the other. "I just burned the shit out of my hand.

" I say in pain holding my bright red hand. "Who touched my shower?" I look at my dad with puzzling eyes. "Oh sorry kiddo I had to give Sparks his bath." My dad chuckled while smiling.

Like being shot out of a gun I can hear Sparks running up the stairs full speed. Within moments he barrels over dad knocking him over and dumping his fresh coffee onto his face.

I couldn't help but laugh, but then it dawned on me. "Dad why were you giving Sparks a scalding hot bath?" I ask as my dad sits up covered in coffee and fur. "I didn't.

" he says getting up with a grunt "God I'm getting old, Why do you ask?" He asked while walking towards the shower.

Dad draws back the shower curtain and touches the water "Are you smoking kiddo?" he laughs softly "This water is cold as ice." He stated yanking his hand away from the cold water.

out of my shower head. "Well hurry and get ready I have a hard enough time trying to work and keep the house clean on my own, I'm just glad you can drive now.

" He snorted on his way out to get some more coffee. "Damn dog..." I hear him grumble as he leaves my room.

It's been awhile since I've seen dad smile, after my mom and my sister died we both kind of just fell apart.

Now while I take a shower I'll tell you about my life so far, yes even the gruesome details. My name is Caspian Reznov, my dad is Dante Reznov and we are monster hunters.

Now before you ask No I'm not copying Supernatural (even though I love that show). I will say however out of all of them they got the closest to it all.

Now onto the real reason you continued reading the story my pets, Sparks is my wolf hybrid,

dad bought him off and old hunting buddy story goes that a wolf came down from the mountain and mated with his husky and viola here is Sparks.

My ferret Slinks, I found him on a hunt me and my dad were in the Rockies.

Dad said I could keep him because he really wasn't supposed to be out here,

he looked to domesticated(could be the fact that he was begging for my beef jerky) so I picked him up and now here he is he's a black footed ferret and he looks like a snake and a raccoon.

Now some information about me I'm 19 with black hair and a red stripe running on the left side of my head I have blue eyes (even though I hate them).

I'm not so much as a muscular kind of guy but I can hold my own I've got my ears gauged and tattoos.

My dad on the other hand looks like your ordinary civilian other than the huge gash on his back.

When I get out of the shower I looked at my clock it read 07:03 seems right with the hot water incident this morning. I can hear scratching coming from the shower behind me.

"Geez Slinks I have to get you a ramp so you can get out alone." I said as I pick him up holding him in the light. "It's not like you care to much, do you boy?" I ask as I kiss his nose.

I set him down on the ground and got to work on taming the rats' nest that is my hair. After about ten minutes of fiddling with my hair I walked out and saw that my clock read 07:30.

"Shit!" I exclaimed. "Cas, you better be getting dressed and down here in the next 10 seconds or you aren't going to get breakfast!" Dad shouts from the kitchen.

I rush to get dressed and bolt down the stairs barley coming in contact with the last step.

With the momentum of the stairs I practically land in the chair next to the front door, dad turns around and places eggs and toast with hot sauce in front of me.

"Hey what's the occasion?" I ask as I dig into the food in front of me. "Did that Lycian job pay out finally?" I ask while using my fork like a shovel.

"If it did we would have bacon too, this was the last of what he had for breakfast." Dad says while looking bummed out, like he let me down.

"Hey don't worry pop I'll score some cash from the kids at the high school." I said as I throw him a sly grin.

"You know kiddo if you keep beating these kids they are gonna end up trying to take that car away from you." Dad says in a joking matter.

"If they can catch me they can take it, until then all they will see is tail lights." I say as I leave the house. "Love you dad, See you after I get home.

" I shout jumping down the landing to the driveway. "Hello beautiful, you ready to eat some ricers today?" I say unlocking the door. Ah 1971 Nissan Skyline 2000 gtr my pride and joy.

I turned the ignition to get the car started and turn defrost on high trying to melt the inch or two of ice on my windshield.

I reach into my jacket pocket and pull out my pack of smokes, taking my time pulling out a smoke and getting the lighter warmed up.

"I don't see why you don't just smoke in the car kiddo, you wouldn't be as cold." My dad says walking down the stairs to the driveway.

"Do you smoke in your challenger?" I asked with a grin on my face. "Okay you have a point." Dad says.

"Just make sure not to be too late kiddo we have to be extra vigilant the next couple of days." He follows up with laying a map and some notes on the hood of my car." We got another job?" I ask.

"Yeah, and this job could be just the one for you to test out how fast that rust bucket of yours runs." Dad chuckles softly.

Ignoring the rust bucket comment, "What are we after?" I ask looking at the map trying to find the best area to catch the monster off guard. "Another Lycian, but this one is a runner.

" Dad says pointing at the notes. 13 hunters killed in a freak accident. I start reading the notes close looking for obituaries.

I stop when a name pops up that's all too familiar. "So Pat was one of those hunters huh?" I ask choking back tears. "Yes and he called a little bit ago." Dad said smiling softly.

"He hopes you aren't mad at him for this and he also wants you to stop by his house for a new upgrade to the car.

" Dad said as he picked up the map and the notes folding them up and putting them in his jacket pocket. My ears perked up at the mention of new car parts. "Did he say when?" I asked.

"No but I'll call the school and tell them you will be late just make sure you get there it could be a student that's the Lycian.

" He says pulling his phone from his pocket walking to the challenger.

I got in my car as quickly as I could releasing the E-brake and slamming the gear shift into reverse into the road,

I slide the shifter up and into 1st making sure not to mess up my shifting linkage. "Turbo Upgrade here I come." I say as I dump the clutch and leave in a plume of smoke off to Pat's house.

I pull into Pats driveway making sure that he can hear me revving my car as loud as I can without hitting the rev limiter.

As I step out of the car I can see Pat coming to the front door of his house. "Hey fuck face, why weren't you at my funeral?" Pat asks in a joking way.

"Why weren't you in the coffin asswipe?" I chime back in the same tone. "Dad tells me you have a new upgrade for me." I say trying to hold back a grin hoping is the new turbo.

Pat stares at me and smile motioning me to follow him into the garage. When we get in the garage I can smell something that I can't quite put my finger on, but I know it to well.

"Got time to smoke while we talk?" Pat asks while pulling out a cigarette that has the end twisted on it and no filter. "So that's what I smelled." I say with some laughter in my voice.

Pat sparks up the cigarette and starts to talk about the new upgrade. "So I got your turbo and intercooler for the car, this upgrade should put you at 500 horses give or take a few.

" He says taking a deep pull off of his cigarette. "We can install it right now if you want but it will take a while." Pat says as he pops the hood and props it up.

"While we've got the car here we should change the oil as well." He says as he walks over to find the oil filter and oil.