Commaful
The Earth I walk Pt 2. 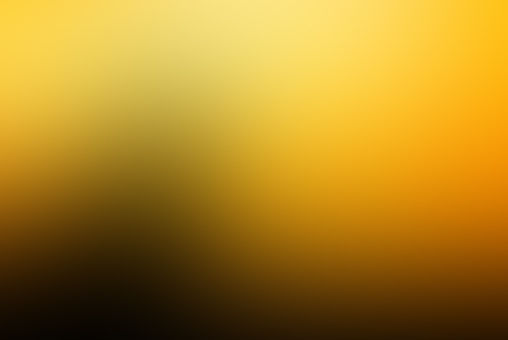 al_larsmen Odd quirky procrastinator
Autoplay OFF   •   a month ago
Transcript
After a few hours we were able to put the new turbo in and tune it to specs, everything was running perfect. Then I started to get a bad feeling. "Pat is the car ready to go, I've got a bad feeling and I need to follow it." I said opening the driver door and putting the key in the ignition. "Yeah it's good to go let me get my coat.
fiction fictionmonstersromance

After a few hours we were able to put the new turbo in and tune it to specs, everything was running perfect. Then I started to get a bad feeling.

"Pat is the car ready to go, I've got a bad feeling and I need to follow it." I said opening the driver door and putting the key in the ignition. "Yeah it's good to go let me get my coat.

" He says running in the house. He used to be a monster hunter but now he just works on cars, says it's less dangerous.

"Hey, hurry the hell up slow ass!" I shouted starting the car letting it warm up. Pat jumps down the stairs into the garage shutting my hood as he jumps in the passenger seat.

"Let's go, I'm itchin to fight something." He says panting for air. "You seem a little out of shape to fight bud." I say laughing as I start backing out into the street.

I pull on to the road and lay into the throttle leaving skid marks at Pats driveway entrance. I'm thrown into my seat when the turbo begins to spool. "Good shit Pat, that turbo spools up fast.

" I say shifting gears. As we start to speed up I can feel my bad feeling only getting worse. We turned the corner and I finally saw why.

"Lycian, Pat get the pistol out of my glove box aim for his heart!" I shout as I down shift to pick up speed. Pat reaches for the .45 that's in my glove box and cocks it.

"Slow down and get this bitch sideways or I'll shoot your window!" He shouts leaning out the window aiming at the back of the beast that's ripping into a woman's throat.

I shift down a gear and yank on my Emergency brake making sure that we don't over turn.

Bang, Bang, Bang. Three quick shots to the back, the beast falls and I park the car next to the scene of that poor gal getting her jugular chewed on.

" Good grouping Pat, 3 shots all in the same area. I start looking over the giant wolf human hybrid and notice something is different about this Lycian that I haven't seen in others before.

"Hey Pat c'mere and look at these markings on the neck close to the spine." I say looking closer at the marks. Pat walks up to the beast and takes out his phone and snaps some pictures.

"These look like this bastard had a fight not too long ago, but where are the blooding marks?" Pat asks turning the beast over to check the palms and fingertips looking for scars.

As Pat is checking the body I can hear rapid footsteps like someone is running right towards us. I grab the .45 from Pats hand and become alert of our entire surroundings.

I look over to the small tree line that runs into the woods to our north. "Pat get ready we've got company!" I shout as another Lycian jumps from the tree line baring its fangs and growling.

" I shout tossing the gun at Pat and start to charge after it. "CAS, What the fuck are you doing?!" Pat yells catching the .45 aiming it at the beast that's barreling towards me.

"Don't fire I need this one alive!" I shout connecting a heavy blow to the beast's temple. I can hear Pats heart beat and it's at this moment I know something is off about me.

Let me explain call it a break before I break kind of situation.

Lycian's have a the strength of about 5 men,

so a normal person like me (well as normal as you can get hunting monsters goes) wouldn't even be able to leave a scratch on this blood lust and rage ball of fur, sharp teeth and claws.

"Pat get the tranq gun in the trunk hurry!" I shout as I grapple the beast and slam it to the ground.

I mount the beast and start wailing on its head and snout trying to make sure it stays down long enough for Pat to get the tranquilizer gun.

Pat scrambles over with the tranquilizer and aims at the beast's neck and fires. I clamp my hands on the beast's jaws and holds it shut as Pat fires another dart right next to the last shot.

As soon as I see the beast go limp I hop off and grab my phone. "Dude what the fuck was that?" Pat asks in confusion. "I don't know but I'm gonna find out right now.

" I say pulling out my phone and press the speed dial for my dad, it rings for a while but I finally get an answer. "Hey kiddo what's up?" my dad asks.

"You need to get here now 5th and main, you better hurry we need a clean-up." I told him. "You also have some explaining to do when you get here.

" I say as I walk over to my car and pop the trunk to get some handcuffs made of silver. "I'm on my way now I'll be there in ten." My dad said.

I can hear him moving around what sounds like the house. "Better make it five we are on a residential street.

" I hang up the phone and put the handcuffs on the beast and made Pat help me drag it to my car, after a few minutes we see the handcuffs start doing their job.

Pat and I get a little red in the face when we see that the Lycian that we had caught with brute force and horse tranquilizers was a girl about the same age as me.

" Okay change of plans, she goes in the back seat." I say throwing her over my shoulder walking to the back door of my car.

As I put the girl in the back seat I cover her up with a blanket don't want her waking up anytime soon with no clothes on. Moments later I hear my dad's car screaming around the corner.

He slides right next to my car blocking the view of the bodies on the ground from the public eye.

"Jesus Christ kiddo what did you do?" Dad says looking that the girl with the torn jugular.

Pat pipes up "He took one of these down with his bare hands!" Pat exclaimed while kicking the dead Lycian. My dad's expression immediately changed with a look that I have never seen on his face.

Usually he is smiling, but this is like he saw a ghost of someone he loved. I could tell he was in pain, but I couldn't point out why.

"Pat is right, how was I able to fight that?" I ask pointing at the back seat of my car, "And why am I not dead?" I ask looking at him.

Dad looks at me with tears in his eyes and he says with a shaking voice, "I never thought this day would come but I guess now is as good time as any.

" As my dad starts to explain everything I stop him.

"Let's clean this up first and then go home and talk." I say to him going to my trunk to get the cleaning stuff. "You go kiddo I'll take care of this." He says in a shaky voice.

Pat and I walk back to my car and start driving to my house. "So what are we gonna do about her?" Pat says turning and looking back at the woman.

"When we get to my house we will take her into the garage get some kind of clothes on her and then start asking her questions." I said to Pat turning into my driveway.

We get her out of the car hoping no one would see us carry a blanket covered body into my garage.

I put a T-shirt on her and some of my shorts and took the tranquilizers out. Shortly after we made sure she was secure in a chair dad came strolling in the back door with a grin on his face.

"Hey kiddo got her all set up for questioning?" Dad asks as he walks around the girl making sure she's secured.

I couldn't help but notice dads mood has changed since he got back from cleaning up that incident. "Yeah she should be waking up soon, so we should talk after we find out what's going on.

" I said walking around to the work bench. I grab the cover and toss it to the side of the bench revealing some tools made of silver. Pliers, rasps and even a couple of hammers covered the top.

Groans start coming from the chair and I can hear her breathing pick up in pace she's going to start freaking out soon.

I feel something bubbling inside me and I turned around and clasped my hands over her mouth care full to leave her nose unplugged so she could breathe.

"Before I remove my hand I want you to know we have no intentions of killing you we just want some answers, you are in a chair and restraints that will keep you from changing again.

" I say looking her in the eyes making sure she knows I'm telling the truth. "Now are you going to scream if I move my hand?" I ask as I loosen my grip over her mouth.

She shakes her head saying no she won't she is shaking in terror, she seems like she has no idea what has been going on.

Which I find strange because usually Lycian's memory transfers during the change. "If you scream I will have to put my hand back you understand?" I asked loosening my grip a little more.

"Yes I understand." I hear her mumble under my hand. I remove my hand and walk over to Pat and dad. "This is my father Dante." I say pointing at dad, "Hello young lady.

" My dad smiles sheepishly, "And this is my best friend and mechanic Pat." I say putting my hand on Pat's shoulder "Hiya, I gotta say you are a lot cuter in this form than the other one.

" Pat says with a light chuckle. She looks at all of us takes a few short breaths to steady herself. "My name is Emilia." She says sitting up straight in the chair I put her in.