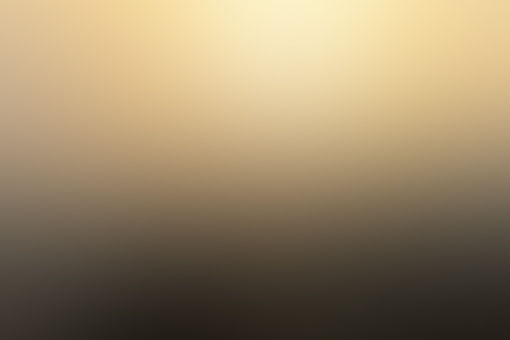 al_cholic_khunt Community member
Autoplay OFF   •   a month ago
Transcript Use Images
Warning: contains things only a drunken Australian (like my self) would find saucy. You may not want to read on. Bollocks. There had been a multitude of betrayals within the avengers tower, with more and more evidence pointing that there was a mile amongst the heroes.
romance black widow, she hulk,

Warning: contains things only a drunken Australian (like my self) would find saucy. You may not want to read on.

Bollocks. There had been a multitude of betrayals within the avengers tower, with more and more evidence pointing that there was a mile amongst the heroes.

And more and more evidence pointed a finger to She-Hulk.

"Yes" replied Mr Fury, in his usual stiff tone that often contrasted when he got the slightest bit annoyoand had to scream his next several sentences.

"We have deduced that none other than She Hulk has been leaking information to spies. We found that she hid a key in her pants, and we need to know where that key is used and what for".

"When should I look into it?" Asked a reluctant yet obedient Black Widow

"NOW GODDAMN IT, DO I HAVE TO DO EVERYTHING AROUND I HAVE HAD IT HERE IN THIS MONKEYFRIED PEOPLE IN THIS MONDAY TO FRIDAY WORKING HOUR TOWER DO I MAKE MYSELF CLEAR?!!?".

Black Widow stood looking out the massive window for a moment

It was now a couple of hours later in the day, and She Hulk was around probably beating some orphans or something equally hilarious. All that mattered was that she was out of her empty room.

Empty except for the Black Widow.

She looked around for a place to hide so when She Hulk came and went to bed, se could easily walk up to her and steal the key.

Time passed as Black Widow found a suitable hiding spot-behind the settie. She waited and waited until She Hulk walked in.

The first thing she did was rip off her clothes and slide on to the settie, butt in the air.

Black Widow could see the key in her pants, and she slowly reached a hand to grab the top of it when-

"Ew..." thought Black Widow, fanning the tainted air. "Jesus, was one of those orphanes she killed inside of her ass?"

"Put my name on that on- WHOO!" said She Hulk, fanning the air away from her steaming ass unknowingly into Black Widow's face.

The air in front of Black Widow was once again replaced by the smell of a chili cheese bean borito and salad, She Hulk's favourite foods.

"Ew Ew Ew EW," Black Widow decided it was probably better to be yelled at by Mr Fury than smell She Hulk's farts.

But just as she was thinking this, She Hulk got off the settie and slid under the covers of her bed.

"Ok," thought Black Widow. All she had to do was wait for her to sleep and then just snatch the key. Easy.

She waited until she heard She Hulk's snores before leaping into action.

Slowly, she lifted the duvet-just as she farted again. Black Widow nearly yelled on disgust, but managed to shut her mouth In time. Shame I can't shut my nostrils.

The duvet still stank off chili but Black Widow seemingly had no choice. She once again slid under the duvet and reached forward for the key.

Just as she was about to grab it, She Hulk moved over in her sleep, so her butt was right in front of Black Widow's face.

Please let that be her snoring thought Blaxk Widow as she grabbed the key, and as she did so,

She Hulk ripped her strongest and stinkiest ripper yet literally a centre metre away from Black Widow's face.

Black Widow fanned the air infront of her, desperately trying to get rid of the stinkiest fart she had ever smelled in her life.

And to make matters somehow worse, the duvet trapped in all of the foul smelling odour.

But Black Widow took her head out of the covers, still fanning the air as the force of the fart and caused it to spread quite far and the smell still lingered.

At least she had the key though. Next morning she brought it to Mr Fury.

"Ah. Thank you-" he said grabbing the key-"JESUS WHAT IN THE NAME OF OUR GRACIOUS LORD AND SAVIOUR, JESUS DID YOU DO TO THIS KEY?!?!"

"It's not as if I had a pleasant time ripping that thing out of a green woman's arse whilst inhaling her farts."

"Well, you did a fine job so no complaints I guess," replied Mr Fury. "And now, I personally shall go and find where this leads to in my new alter ego superhero-