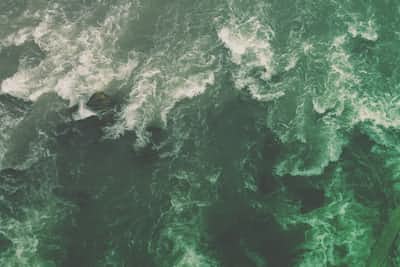 "Amber, let's play a game!" She called to me, hanging upside down from the monkey bars. "

"Okay, what do you wanna play?" I asked, trying to climb up as well. I couldn't do it very well, I was short for a 6-year-old.

I was suspicious she'd made it up, but she was my best friend, so I played along.

She started. "My favorite color is purple." She proclaimed. I didn't even have to think. "False. It's pink." I was right.

Fifth grade came and we were still playing the game.

I'd always agree. Even if the questions changed over the years, the game was always fun.

She felt deeply and strongly and had so much love to give. I didn't mind, because for one the crushes never lasted long, and for another I knew none of these boys would ever replace me.

"Hey, Amber, True or False: Brad asked me out after school." "False." I said. I was wrong.

"True or false: Brad is introducing me to his parents this weekend!" "True." I was right.

"True or false: l just told Brad I love him for the first time." "True." I was right.

"True or false: l think I might marry Brad someday." "True." I was right.

One day, at the beginning of Junior year, she called me crying.

It was the first time in a long time I was glad that I was right.

Don't get me wrong, I don't want her to be hurting. But it hurt me every day to see her with Brad.

It took a long time for me to realize why that was.

But I finally realized when they broke up.

I'm in love with her.

She was getting over Brad, slowly. "True or false," I asked her, "You're doing better now." "True." She said. I breathed a sigh of relief.

"True or false- I like someone again." She said. With a sinking feeling in my stomach, I answered. "True." I was right.

But she wouldn't tell me who.

Then one day, when we were having a sleepover, the topic of our game started to change.

"True or false, a girl dating a girl is gross." She asked. "False." I was right.

"True or false, you'd be friends with a gay person." She asked. "True." I answered, unsure why she was questioning down this path. Did she know...? She just smiled at me.

One sleepover, we were both lying on my bed. It was really late at night, maybe one or two A.M.

She whispered into the still, quiet, air.

I hugged her close, felt her tears dripping down my arm. I whispered into her hair, "True."

A couple weeks later, we were sitting at lunch. She said to me, "True of false; Katie Holms is really cute." I looked across the cafeteria. She was. "True." I was right.

I didn't know how to tell her. Yes, she knew she liked girls. Yes, she said she liked someone. But it probably wasn't me.

Could maybe be me?

I was practicing saying it in the mirror.

I decided not to tell her that night.

I arrived at her house at five 'till. Didn't bother knocking on the door, they all knew I was coming. I kicked off my shoes by the door when I came in. "Hello?" I called.

"Basement!" she called back, and I smiled. I threw my bag on the chair next to the basement stairs and trotted down them.

For some reason, there was a black curtain hung across the door at the bottom of the stairs.

I pushed it aside, and saw the entire room was dark. Looking around, I saw candles everywhere, and a glowing sign on the opposite side of the room.

Walking toward the sign, I could read what it said;

'True or false: I want to go to prom with you'

I couldn't move for a minute. Then, finally, I breathed out a word. "True."

She emerged from the bathroom she'd been hiding and threw her arms around me. I held her tight and both stood there for a while, smiling like idiots.

As we were driving home from prom, she asked me, "True or false, that was an amazing night." "True."

So she kissed me.

I kissed her back.

Another sleepover. (Her mom makes us sleep with the door open now)

We graduated from different colleges, but we both went to each other's ceremonies.

And two years after that, we were having another 'sleepover'.

Even though we had 'sleepovers' every night.

Because it was both of our apartment. (We'd lived together for a year and a half, but each night still felt like a new and special adventure)

I walked in the door, at half past five like I always did.

The house was dark, but the living room was filled with candles.

There was a sign on the wall, and a lighted table underneath it.

The sign said, "True or false; you'll marry me." The table held a beautiful diamond ring.

Tears streamed down my face as I slipped the ring on my finger. "True. Oh so true. Truer than anything." I choked out. "True."

And I was right.