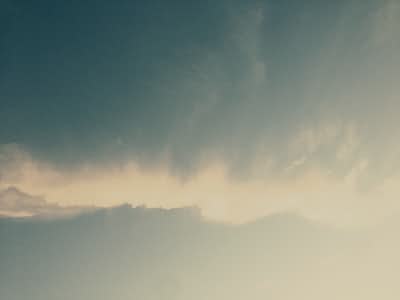 "You're too young for that." Is such a common refrain for her to hear

Especially when it comes to him

They tell her she's too young to be in love, she's only a teenager, they're not going to last anyway.

When she tells him that, they both laugh.

"I love you too much to let that happen" he tells her. She feels her heart swell, so much she fears it's going to burst. "I love you too." she breathes

and at that moment the universe seems so small.

One day, he's taken her out to lunch.

They're sitting in their favorite restaurant, just enjoying the meal and each other.

All of a sudden, they heard a bowl crash to the floor. A girl jumped up from her seat, screaming at her boyfriend. "How could you? I trusted you! I loved you! And you f---ing cheat on me?"

She can't make herself ask the question she's suddenly worried about for the rest of the meal.

They finish their meals in silence.

As he's driving her home, she finally gets the nerve to ask him what she'd been wondering about all night.

"Would you ever... have you ever thought about... cheating on me?" she whispers. He slams on the breaks, pulling off the road.

"What? Baby, I would never do that to you." He murmurs, grabbing her hand. She nods, looking away.

"Don't you believe me?" he asks, sounding hurt. "No, no I do." She answers, looking out the window.

After a minute, he starts to drive again.

She doesn't sleep well that night. She knows he's never given her a reason not to trust him, but maybe all the people that say it won't last are right. Maybe they're not gonna make it.

He's not in school the next day. She's worried, not sure if they're fighting or if she should apologize or how she should feel.

He's not in school the next day either, but this time he's not answering her texts. She said she trusted him, believed he wouldn't hurt her, but...

She doesn't sleep well that night either.

The next day is Saturday, no school. She can hardly make herself get up and shower, but she does anyway. She's about to settle in to work on homework when her phone goes off.

From: Me Message: Sure.

She drove to the park, terrified at what he'd say once she got there. Was he breaking up with her? Was he mad? Maybe they were too young to be in a serious relationship...

When she arrived at the park, she didn't see him. Just a beautiful bouquet of flowers sitting in the middle of an empty picnic table. She picked them up, and read the note attached.

It said, 'Roses are red, violets are blue, go to the place I first said 'I love you''.

She practically flew to the swing set, a smile brightening her face for the first time in a while.

On the swing was a note that read, 'Roses are red, you are the bomb. Go to the place where I asked you to prom'.

Beaming now, she ran back to the car. She pulled up outside his house, and saw another note stuck to the door.

It read, 'Roses are red, I'm not very good at this. But go to the place where we shared our first kiss."

She practically sprinted to his backyard, and flew up the stairs to the gazebo. Inside, he was sitting on a chair, holding his guitar.

And he started to sing.

"Oh baby, I'll love you forever. Forever and ever more. So take my hand, darling, never look back. Cause you are the one I adore."

As he finished the song tears started to trail down her cheeks. As soon as he finished, she threw her arms around him, nearly knocking him over.

"I'm sorry I was gone, baby, but I needed to figure out a way to show you I'm never going to give up on us. I'll love you for as long as you want me too, and probably longer than that."

She just giggled and kissed him, savoring the fact that he was hers.

Finally, she asked, "You don't think we're too young to be in love?"

"Baby," he answered, "If we're not in love I don't know what love is, 'cause I feel more for you than I ever have for anyone else."

"You're my world" she whispered into his shoulder as her hugged him close. "And you're mine, love." He said back.

And at that moment she knew, beyond all doubt, that they'd be the exception. The couple that makes it against all odds.