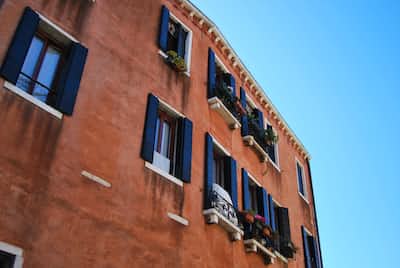 The lights on their Christmas tree shone brightly as she gazed into his eyes.

"I love pretty lights" she breathed out, her eyes dancing with the reflection of them. He kissed her hair, murmured back, "I know you do."

Suddenly, she stiffened. She grabbed at her chest, blurted his name, and collapsed to the ground.

He dialed 911 with shaking hands, still not letting go of her. As the ambulance arrived, her long black hair reflected them back, and he breathed for half a second. Pretty lights. She'd love this

They rushed her in, they were, "Doing all we can, sir." He couldn't breathe. He knew she hated hospitals. He knew she wouldn't want to be alone, not on Christmas. There weren't any lights here.

His phone buzzed. He ignored it. She didn't wake up. He didn't think the hospital lights were very pretty.

As she slept on, he saw his phone light up again. And he had an idea.

Their family brought the lights, and he hung them all over the room. As soon as he finished, he was right back by her side. He pressed a kiss into her hair. "Please wake up."

A few months later, they told him it was time to take down the decorations. He refused.

He cried. She held him close. 'Baby, what is all this?" He wiped his eyes. "You're here. That's all that matters." She looked around at his work. "You brought Christmas to me, didn't you?"

"I know you love the pretty lights." He answered, kissing her hand. "You're silly. The lights are okay. What I love is you." He cried again. She did too. "I'm here."

A few years later, they're decorating for Christmas again. "It looks like you're not the only one who likes the pretty lights, love." He says. Their daughter just keeps playing with the lights.

She scoops up her baby, and both his girls look up at him. He can see the lights reflecting in both of their eyes. And at that moment, he loves lights more than anything too.