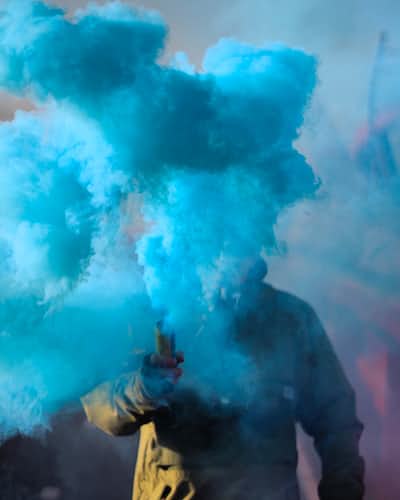 "Only 10 days until we graduate!" He beamed at me,

I forced a smile back, dropping my gaze to my shoes as soon as he looked away.

Only 10 days until we graduate.

Only 10 days until he moves across the country for his summer internship.

Only 10 days until it'll be too late to tell him how I feel.

Too bad my confession is 10 years too late.

I've had a crush on him since I was eight years old.

He ran over my foot with his bike

He immediately turned back to apologize, I could tell he felt terrible

The next day he brought a candy bar to my house. He'd bought it with his allowance.

I fell in love.

Not really, of course.

You can't fall in love with someone that quickly

But that's when I started to fall for him

And I've been falling ever since.

He and I were sitting at a park, eating sub sandwiches.

He leaned his head against my shoulder.

"I can't believe you're going to be gone all summer." I told him

He smiled up at me. "Only through July, silly. I'll be back for a week before you head off to college."

The next day, we had graduation rehearsal. He was at the front, his last name started with a "B". I'm a "W". I was at the back.

When I finally got out, he was there waiting for me.

Slinging an arm around my shoulders, he guided me toward his car, babbling on about some pizza get-together Amy wanted to have in a few days. I nodded, enjoying his voice but not listening.

7 days until graduation and we were at Amy's house. Someone had a great idea to play spin the bottle.

"I'll sit this round out" I called, heading to the fridge to grab a drink. "Nope, you can't." Amy called back, patting the spot on the couch next to her.

Everyone else called back, "yeah, Alex, you've got to play!"

Caving against peer pressure, I sat on the couch.

The first couple spins went fine. A couple of boys kissed a couple of girls.

Amy got Samantha, her girlfriend. Some people have all the luck.

It was my turn. I held my breath, barely tapping the bottle.

It wouldn't be so bad if I had to kiss Amy.

"That doesn't count as a spin!" Called one of the boys I didn't know. "Do it again" said someone else

Sighing, I swatted the bottle. It turned around and around in circles until it landed on...

I couldn't believe my luck. Out of everyone there...

Out of everyone who could've been my first kiss...

I got to my feet, shaking. I walked across the circle, kneeling down in front of him.

"Hey" I breathed "Hey." He answered

"Listen," he whispered to me. "If you don't want your first kiss to be like this, I understand. We don't have to do this."

I was immediately flooded with both sadness and relief. I didn't want my first kiss to be in front of all of these people, but I did want it to be with him.

Amy saw my torn expression, and immediately chimed in.

"I know! Let's make this spin-for-seven-minutes-in-heaven instead!" Amy cheered, and immediately everyone perked up.

One of the girls threw open the door to the tiny linen closet, and we were both shoved inside.

"Timer starts now! Better make those seven minutes count!" called a voice from outside the closet.

If only they knew I only had seven days, not just seven minutes.

"Alex, what I said stands." He said. "If you don't want to kiss me I understand, we can just say we did."

I hadn't even considered he'd still want to kiss me.

"Well, I wouldn't want you to waste your first kiss on any of those losers..." He whispered, leaning closer to me.

I could barely breathe has his lips ghosted against mine, lightly, timidly.

When he pulled away he was flushed, as I'm sure I was as well.

"Yeah" he whispered back

"Well..." He murmured, a smile sliding onto his face. "I wouldn't want you to waste your second kiss on any of these losers either..."

Grinning widely, I leaned forward, pressing my lips to his again.

And then we kissed again

and again. (His kisses were like ice cream melting on my tongue; entirely addicting.

He asked me to go on a date with him that night.

At least, I was pretty sure it was a date.

We were going to dinner

I had an amazing time; we were just like we were before, but this time he kissed me right before he dropped me off at home.

I felt on top of the world

Except the little voice inside me saying, "5 days left."

He and I had spent every day together until today. He had to pack to leave, I had to work. I missed him the whole day.

We all arrived at 10 am, black robes billowing behind us.

The ceremony passed in a blur, and before I knew it we were throwing our caps in the air.

We decided to hit pause on us until he gets back this summer, but he promised to video call me every week.

I have a feeling I'm going to be living for those calls.

"I'll miss you, Alex." he said, hugging me close. "I'll miss you too." I whispered, a tear making its way down my cheek.

But I have seven days of memories to get me through it.

And if all goes well, we can pick back up in seven weeks exactly where we left off.

Because everything doesn't have to end after graduation