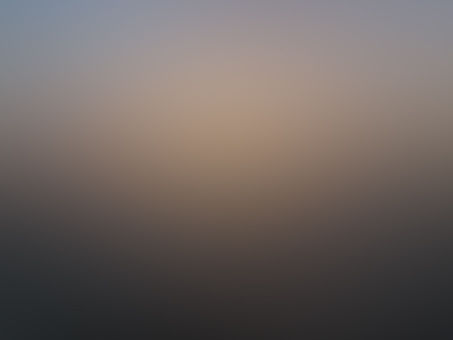 The man swiped a grease-stained hand across his brow and sat down heavily on a milk crate.

Beside him, a battered old Beetle wheezed disconsolately, dirty brown smoke billowing up from the open hood.

Rust streaked the faded blue of the shell, and one headlight had a crack spiderwebbing across its face that threw faceted shards of diamond light against the road.

With a final groan, the engine stopped wheezing. All that was left was the silence of the desert night.

The man tipped his head up to stare at the stars, sprinkled like salt across an indigo tablecloth.

His eyes searched the sky, looking far beyond the galaxies and nebulae and tiny shining planets, to something deeper that he couldn't find within himself.

At long last, he let out a heavy sigh and turned back to the earth. He patted the mason jar beside him with a gnarled old hand. It was filled with ash.

"Sorry, love," he said hoarsely. "Don't look like I'm going to get much further. Was an adventure, but."

He lifted a bottle of beer, warmed flat by the past heat of the day, and toasted the jar before taking a long gulp. When he set it down, there was a thoughtful expression on his ancient face.

"I always thought I'd go first, Molly. Me, with m'crosswords, and m'trick knee, and m'blood cancer." He chuckled.

"And – and you, sitting in that old rocking chair every evening as the sun were going down, blasting Metallic and pissing off the neighbours.

Didn't matter that you couldn't walk no more, you was always getting into trouble. Taking me out on road trips and hiking and horse riding – near as you could, least ways. Always the wild one."

He went quiet. "I loved that about you, y'know."

It was a long, silent moment before he sighed and got to his feet with a wince and a creaking of joints. He took the jar in gentle hands and placed it atop the roof.

He dragged the milk crate over to the car, shut the hood firmly, and braced his hands against it.

He took a steadying breath, and, grimacing, clambered gingerly up to sit on the roof beside the jar. He rested there for a moment, breathing heavily.

Then he eased himself to his feet, and picked up the jar, cradling it in both hands.

"Well, Molly, guess this it," he said to the jar of ash. "And who knows? Maybe as I'll see you on the other side. Maybe soon."

He pressed his cracked lips to the lid one last time. "G'night, love," he whispered.

He unscrewed the jar with quaking fingers, and dropped the lid. It hit the roof and rolled into the dark of the roadside scrub. He stuck one finger in his mouth and held it up to feel the wind.

He turned half a step to the left, so that he faced the tabletop mountains to the west, their stark edges softened grey by starlight.

And as a gust of wind blew comforting against his back, he tipped the jar and let his Molly dance out over her wild old plains.