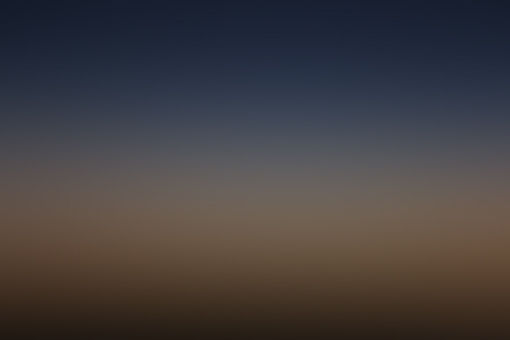 agami_shukagri I'm 23 and gay. I write fanfiction.
Autoplay OFF   •   a year ago
Transcript
We are one and the same bound by fate. Under this crimson moon our union is forged through the clash of silver and gold. However, unlikely that we're polar opposites we find love within our state of being kept hostage behind steel bars. No matter what happens during the tides of the hourglass has put a great pain on our lives to achieve everlasting peace. (SasuNaru)
fanfiction supernaturalkakaobiitakisasasunaruromancematingauother shipsorojiraangst most romantic au storiesmost romantic au fanfictionmost romantic yaoi storiesyaoi fanfictionau fanfiction

(I'm copying and pasting my chappies from my wattpad page just to let y'all know).

A/N: Hey y'all! it's Agami-kun here. It's time for some epicness and doom known as SasuNaru. Obviously y'all know it's one of my favorite ships, but my OTP is KakaNaru.

So, this randomly came to mind while talking and working on a collab with Capricorn. I thought this would be fun. Hopefully the summary I gave will suffice.

Indeed I know it's not the best, but meh it might be changed later on. We'll see what happens I suppose. Hehes

I hope you all enjoy the first chappie of this. Please be kind and leave some nice reviews.

Those can include what you want to see more of, what you may want to be included and/or think will happen, etc. as the skies are the limits.

As you can tell I'm still a newbie when it comes to AF, but not to fanfiction. On my page I have a link to my Archive of Our Own page if y'all want to check it out.

Anyways, enough of me blathering on. I'm sure y'al want to get straight to the story. I hope you all like it. Please R&R!

Disclaimer: I don't own Naruto or any of its characters.

Within the Five Nations there's a lot of hubbub during the autum festival. It's when various events unfold including a particular season.

In other lands this happens more so in the spring or summer, but for this world mating season happens in the time between autum and winter just before the first frost falls.

Activies are set in place where people are getting their stalls and such prepared. People from far and wide come to Konoha in particular because it's rumored where the Golden Kitsune dwells.

It's said in legends that he will awaken from his slumber when his destined mate returns from his time with the Anaconda.

There would be a certain raven haired male traveling back home after his stay with his Master and sensei. Having learned much during hsi time, Sasuke felt pleased with his progress.

Fortunately, he had reached a complete tatus on his current training with Orochimaru. Heading back home felt relieving to him, hoping not too much transpired during his leave of abscence.

When he arrived past the front gates, the Uchiha couldn't help feeling as if something or rather someone is missing. Frowning, he glanced around to not see someone from his past come rushing up.

Going to where he recalled Naruto lived, he knocked lightly on the door. Waiting outside for quite some time, he grew impatient. Going inside, Sasuke blinked in surprise.

Heading straight for the jinchurriki's bedroom he saw those eyelids of Naruto's flutter open to reveal deep cerulean pools staring back into his onyx.

A swirl of varying emotions flickered inside of them. Unsure of how to proceed, Sasuke took a seat at the edge of the bed.

"It's been a while," noted the leech, having been turned thanks to his Elder in ordr to save him from dying when he was young.

"Yep," grinned Naruto, pulling himself up into a sitting position. "What took you so long, teme?"

"Hn, what took you so long to wake up, dobe?" Countered the other male, feeling his lips twitch ever so slightly in a faint ghost of a smile. "You look like death by the way."

"Aw, thanks," replied the blonde sheepishly, unsure of how to accept the compliment, knowing they would have much to catch up on for lost time.

"No problem," Sasuke offered a hand to his counterpart, helping him to get up, knowing it's probably been a while from last they've been together,

having oddly missed the knucklehead that spurred emotions to rise that he thought buried deep down ages ago.

"Well, first off, people are saying you're a rumor or legend of sorts. Then we'll see about re-training you. Obviously you should recall the pecking order this world has for its system.

So, let's not waste more time than necessary, pet."

A/N: Yays! Done with chappie one!

I know it's short, but this is something new I'm trying out and taking a chance on even though it's something I've wanted to write for what seems like almost ages now.

Hopefully y'all enjoyed this.

The next chappie will be out shortly whenever I have it finished being written up. Until then please remember to review loves!