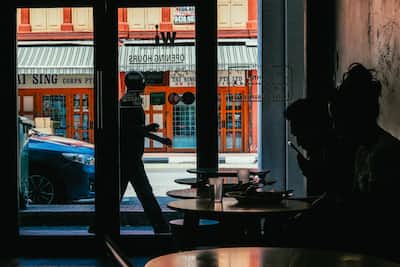 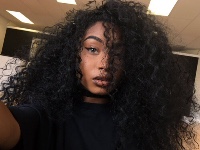 afterbeau A wattpad and novice writer.
Autoplay OFF   •   4 years ago
Transcript
A story about a journalist and an encounter in a cafe.
thriller romancethrillershortstory

She was late again, running against time was May's tradition in a way, a ritual. She is so clumsy and always late. Her mum was and so is she. But since her mother passed.

It felt as though she was even more clumsy then before. That she had no control over her adult life, she barely made it to work this week and she couldn't even use 'my mother died' excuse anymore

Because it was 3 months ago, she had paid off but she had to go on the work field, be a journalist and write as much as possible, her fans were waiting for her. So she decided to work to forget

about everything bad in her life, of course it was good for a short time but as weeks went she felt like there was this void in her heart, that was making her sick. She was going to die of

heartbreak like those little couples do when one dies before them. Cancer is a bitch, May thought biting the inside of her cheek. And with a trust of the door and shocked faces she walked in.

She ignored the stares as she travelled to the end of the room by the window to see the fourth person today. She was happy that he was still here, peaceful drinking his coffee.

"Sorry, that I'm late" She sighed, dropping her folders on the floor and pushing a chunk of her blonde hair behind her ear. "Don't worry, I would of waited until closing time." The man mumbled.

She closed her eyes briefly sighing, stuffing her hand into her back pocket, she knew that she only had £10 on her bank account, her pay day would be next week and she has no food in her cabinets

She would have to wing it and sacrifice her tenner for her job. She needed a quality story and this man is suppose to give it to her. She practically begged her boss for him.

"Would you like another drink?" She asked the man quickly, glancing at the empty front where a woman was staring into space in her work uniform. "Yes I would." He uttered and she sighed.

"I'll handle it, what would you like?" She muttered standing up, the man didn't hesitate but continued to read his book, wind in the willow. "Black coffee." He muttered back and she nodded her

head, smiling quickly and walking away. She ordered and came back with their orders a few moments after. But all she could think of is why the man allowed her to pay. He must know that journalism

well her field doesn't get a lot of money. Not only that, he's a man, he should pay for her. But she was late. And with that, May sat down, placing the coffee in front of him and rubbed her

temple. She took out her notebook and smiled. "Could I ask you a few questions, about the murder of Christopher Matthews, you was a witness right?" "Yes I was. It's good to finally tell my side.

"What do you mean your side? The court ruled it manslaughter, a accident of childish behaviour said the judge." "It wasn't." "Then what is it." The man stopped talking and May began to be

annoyed, there was always people claiming that they saw and giving secret tips here and there but she wanted the truth. Her articles were always about truth. "If you don't talk I'll have to

leave." She whispered disappointed, she would have to write about a petty crime yet again. "May." He whispered and her hands froze. The voice sounds so familiar. It just can't be. "Xaiver?"

Xavier took off his baseball cap and his luscious locs came rolling down to his shoulders, its darker than before and the highlights of gold is gone. "What are you doing here..." She shuttered,

Her hands shaking and her mouth wobbling. "I give you this story and I won't have to live in fear anymore. I got to do this for Matthews. He deserves Justice." He said, his blue eyes piercing

my brown ones and I swallowed my saliva, staring at him. "But we made a promise." She croaks and Xavier stares at her, gently stroking her hand. "I had to protect you, I had to protect us."

"Then keep quiet." She mutters, getting up and grabbing her folders franticly, if anyone saw them together she would be in so much trouble. The group would expose her, she would loose her job.

Xaiver grabbed her arm but she ripped it out of his grasps. "I don't know how you did it, after years of hiding and then contacting my boss, then choosing me!" "It was suppose to be Lizzie but

they just messaged me, telling it was you!" "It wasn't my fault!" She screeched and everyone looked at her, she lifts her hand to say sorry then bends down to whisper to Xavier.

"You're coming to my apartment, now." And he gets up quickly, putting up his hoody as they stalk out of the cafe quickly.