Commaful
The End Has Coffee 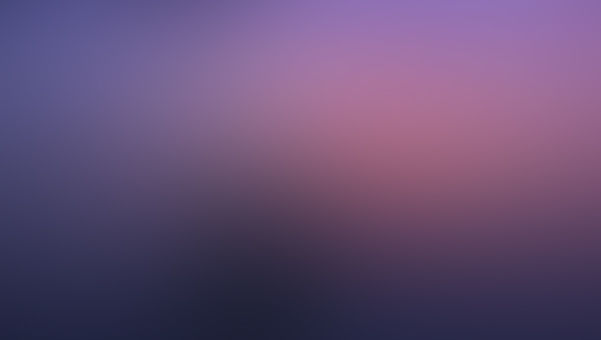 adriannevictori Community member
Autoplay OFF   •   2 years ago
Transcript Use Images
Zach works in a coffee shop that doesn't quite fit the norm...
fiction coffeevampireshort storyshortstoryscifisci-fifantasy

The End Has Coffee

"Thanks, here's your five percent."

"See you next time!"

Voices sailed in through the storage room door, acting as Zach's alarm clock. He rolled over in his sleeping bag, feeling gravity tugging pleasantly on him.

When he blinked his eyes open, he found he was looking down at a pile of boxes heaped in the no-loading zone.

The patch of floor had been marked as no loading simply because it was directly under his sleeping bag.

Steps. Banging. The door opened and Zach growled at the excess light.

"Whoops." Trent looked up and waved. "Must have been the new girl. How'd you sleep?"

"Good." Zach stretched and yawned as Trent shifted the boxes. Zach unzipped the sleeping bag a little and slid out, flipping once in the air and landing lightly on the cleared floor.

"Must be the cold; everyone's out for five percent this morning." Trent shivered. "Good thing the cold brings in more donors too."

"Mm." Zach's mouth watered at the thought of donors and coffee. "Five sounds good. You need me today?"

"There's a new girl on. 'Course I need you. I think she's squeamish."

He followed Trent out of the storage room and into the staff room.

He hurried to freshen up in the staff shower and changed into his uniform, mostly because it was that or the hoodie and tracks he'd slept in.

The cafe floor was crowded, not just with a line-up but with seated patrons, unusual for the early hour. A watch-check told him it was only just on seven.

"Wha-?" Zach spun at the mention of his name. A young girl in cafe uniform stood behind the collection bench, holding a large take away cup.

Steam sifted through the sipping gap in the lid and the tang of nickel jolted Zach to full wakefulness.

"Thanks. New?" he took the cup, sipped, sighed.

"Yeah. I'm Rose." Her name matched the slightly pink hue on the tips of her gold horns.

"Ask anything; I'll help." Zach offered, though he felt she would not last long. Her horns meant she was from an herbivore race. Must have needed the job.

Zach strolled through the cafe, making sure all was in order. The donor lounge was full, homeless humans filling up on soup, rolls, chocolate and coffee.

Three of them were already hooked up to the coffee machine, watched closely by the cafe's pathologists.

A few of the regulars waved at Zach and Zach smiled and waved back, lifting his coffee as a salute to the three in use. They all laughed.

The door jingled open and cold rushed with it. The hairs on the back of Zach's neck stood tall and he shuddered, not from cold, but from instinct.

His shoulders were still hunched when he turned around to face the new customer.

"Brother." His voice was brittle.

"Here's free," Zach motioned to a table right up the back of the cafe, right by the staff door. Away from the patrons. He waved at Trent and pointed to Brutus. Trent went pale, but nodded.

"This place is vulgar." Brutus drawled.

"You're a massive tight ass." Zach shrugged. "What do you need?"

"Mother and father send for you." Brutus' black hair was damp from the snow outside. He slicked it back with his gloved hand, acting too casual.

"Whyyyy?" Zach pressed cautiously. A silver mug of coffee appeared on the table and Zach slid it over to his brother, noticing that the colour looked more like eight percent than five.

Good call. Brutus paused to sip the coffee. One eyebrow rose, noticing the breach of law and appreciating it.

"They...declined to say. But I think they want you to present as a son of the family."

"That's a bit late," Zach groused. It had been eighty years. He could wait another eighty. Or forever. "I like this place."

"You live in a sleeping bag bolted to a storage room ceiling." Brutus pointed out harshly. Zach flushed.

"So is the villa." Brutus sipped again. "Mother has been retracting everyone. Her whims are worth heeding, as we learned last time."

"Right." Zach shuddered at the memory and his heart clenched. Poor Hailey. "I'll um...I have to tell Trent."

"Do so. The car's outside." Brutus sipped again. "Compliment him on the coffee."

"Yes." Zach mumbled. He crossed from table to coffee machine. "Trent. I need to go."

"Okay," Trent nodded. "You know when you're back?"

"Um." Zach rubbed his forehead. "Brute says thanks for the coffee,"

"Oh." Trent's body stiffened. "Right. Thanks." Zach turned to go and Trent added, "Any time, right Zach? Whenever you want."

"Yeah." Zach hurried to meet Brutus by the cafe door, edging past everyone in line. Brutus opened the door and once out on the curb, linked arms with Zach.

He steered him a little way down the snowy street to a silently running Bentley. The pearl white paint and blue lights made it look like a wraith.

Zach whipped his head around, taking in everything. The coffee shop, jewelers, retailers, the music chiming through the streets, the yule decorations.

"Just one more look. Please." Zach did not mean to, but he tugged on Brutus' arm. An instant later, Brutus had forced him into marching again.

The chauffeur climbed out of the car and opened the rear door.

"In." Brutus shoved Zach into the car and Zach just managed not to hit the opposite door's arm rest. Brutus slid into the back seat with him and the door shut.

"How different will it be when we wake next?"

"This will all be gone. Beyond that, I couldn't say."