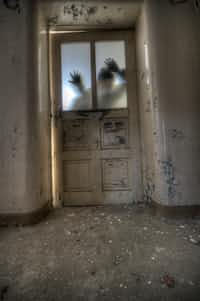 aditisingh3 All my thoughts.
Autoplay OFF   •   2 months ago
Transcript Use Images
Date the unexisted.
thriller dating-horror-stories

Being a 23 year old woman and being single isn't accepted to everyone so wasn't to Annam. She surfed many dating websites but couldn't find his man.

But as it is said if you want something from your heart the world will find it for you so does happened with her. She got her perfect match in an ice cream shop.

Both being single decided to sit together and had a good time together. It was their first unofficial date. Her date was a tall , lean and a chiseled man named Sandharsha.

Annam was too excited and was seeing her soulmate in him. She freely asked him..

"Shall we date?" He peeped into her soul , smirked and said, " I work part time at the north-Saemani pizza shop, you can find me there at 5:30 pm..

done?" Annam was lost in him and agreed in seconds.

She took the address of the shop and left for home. Annam was so impatient to meet him again.

Next day she dressed herself the best and went for the date. She reached the address. Shop was closed. She slightly walked towards the main gate.

Suddenly the gate opened and a romantic song started playing. Doesn't matter how did the gate was self automatic in such an old shop , the romantic music melted her heart.

She was thinking of a surprise. She entered in. The door closed. She quietly sit on a chair and said "Hey"..As soon as she said it , the heavy footsteps could be heard from the rooftop..

She was a bit scared and shouted "San are you here?" The foot steps became more louder and were approaching her. She was not moving even a bit ..she was in absolute trauma.

She got up from the chair and decided to leave but as she tried to move to the gate. A slow music was heard from the second floor.

She tried to ignore it and made another step toward the gate , the music became louder and louder per step. She took it as a warning and sat back on the chair. The music didn't stop yet.

She could assume that she is been called there. She climbed up the stairs and saw that there were two rooms. One was pretty lighted up , she ran into the room. She was locked in the room.

As she was confined there she heard screaming noises from the other room. She took out her phone and tried to contact her friend.she didn't pickup so she texted.

"I have been kidnapped in the north-saemani pizza shop, help me!" in an hour she got a reply from her " There is no pizza shop like it in the whole city..

how you went there?" All after this now the network were gone.

The noises from the next room became louder and louder. Suddenly all silence and again the footsteps were heard walking to her room. Someone opened the door. No one was outside.

The door was banged against the wall hardly. The footsteps were with her now. An invisible thing walked to the mirror. It was him!! Sandharsha , she could see her reflection in the mirror.

She was shook and somehow asked " So you are a ghost?" He smirked again looked at her. Within a second he was now an old man in his 200s , he had no eyeballs, no eyebrows.and no nose.

He came closer to her and said "Date me."