Commaful
A Reason for Divinity to Descend 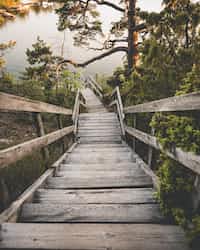 adiasreino "To define is to limit" - Oscar Wilde
Autoplay OFF   •   a month ago
Transcript Use Images
Is God good? Is the Devil bad? Maybe they're the same. Live life and make them jealous of our human status, that is how Divinity will descend to live with us.
thoughts poetrythoughtsgodheavendevilnaturedivinitydivineprose

A Reason for Divinity to Descend

Trigger Warning: I talk very liberally about Christianity, God and the Devil in this text. It does not necessarily represent my views on Divinity and Higher Power, but it certainly is a way to look at things. Take this text in a more poetic and romantic sense than a literal one. I advise paying attention to the feeling rather than the sheer logic. Thank you and enjoy.

Christianity rules the Western world. It’s in our calendars, in our holidays, in our collective consciousness.

Knowing when it actually started is a tricky business. Having its origins apparently in the beginning of time, nobody can really argue against it. But then again, nobody can argue for it either.

It built churches, killed children and raped women. It even made man a deadly virus to God’s nature.

The term God is loosely translated to a white bearded man that lives in the clouds in his paradise of heaven. He judges people based on traits he gave them and attaches different worth to his own creations. One man apparently worth more than the other. One incarnation, less valuable than the next.

Christianity has also turned man into a number. Not directly of course, but through the passage of ideas such as “man has no value unless he can produce”,”time, life and nature are finite, so take what you please”. Eternal Doom justifies the Hell we live in.

Hell has not become more distant, but closer as we advance in time. Climate rising, people suffering, non-communication, non-understanding, all subject to praise. The word of God is an excuse for war. An excuse for creating Hell on Earth.

If the Devil is so powerful, and we should be afraid of the pain he causes, then why is pain the feeling most associated with God? Why do men turn to Him only in moments of despair? How does He justify being the cause of so many's suffering?

Perhaps they’re the same. Perhaps they’ve always been. And maybe, just maybe, God and Devil have been dancing in circles, laughing in our faces while we try to make sense of it all

We were given this Earth and now we take advantage of our gift. We throw it around and mess with its core. One day, it will turn back on us. Take AI, why would it turn on us if we had never over-used it? If we had never abused of its properties?

But if we are all playing a game, why should they have all the fun?

We should throw it back at them. Laugh in their faces for a change. Dance naked with the stars, inebriate ourselves on life.

Stop thinking so much of what will happen and focus on what is. Look up, explore, laugh, love, enjoy, dance, sing, embrace and make the most of what you have.

Live in abundance with the littlest of things. Prosper from the tiniest of profits, and finally, love so intensely that they will have to call it quits.

Because if our suffering is not entertaining anymore, they might as well just come down here and dance with us.