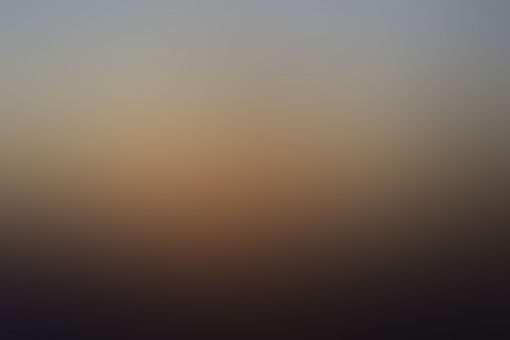 adam99jt Community member
Autoplay OFF   •   a year ago
Transcript Use Images
Arya sets sail to find out whats west of Westeros. After a storm she finally discovers something but its something she never expected. "The winter is coming"
fiction gameofthronesgame of thronesarya starkjourneynew landunexpected find

AN: This tell the story of Arya after she leaves Westeros in season 8. Feel free to leave your review.

Arya set at a table writing in a small book, each time the ship was hit by a strong wave her hand moved abruptly.

Weeks have passed since she left Westeros to go seek whats in the west, for weeks she saw nothing but the ocean.

The last contact she and her crew had with civilization was on the Lonely light since then nothing, not a single island nor a single ship.

Arya closed her book and decided to exit her cabin, maybe today she would be lucky and spot land.

As she exited she noticed that nothing was unusual, the crew were on their normal posts and the captain was at the front of the ship looking ahead. She approached the man.

"I'm sorry lady Stark but still nothing." She was disappointed by the answer but not dismayed, there had to be something out there, some island, anything.

"I was hopping to avoid that storm but it looks like she is coming for us, this day is going to be a rough one." said the captain while pointing at the black clouds in the distance.

"Not really, my crew is used to things like that. However it would be better is she avoided us."Te captain turned and started going towards the back of the ship, after few steps he stopped.

"Lady Stark I would suggest abandoning this adventure of yours and going back home,

" the man paused while Arya gave him a dismissive stare "but I learned that you are not the one to give up easily so we continue.

" The captain went on his way while murmuring "Lets just hope we don't get killed."

Several hours passed and Arya lay in her bed when out of nowhere ship was hit a large wave, it was so strong that she almost fell out of the bed.

The ship turned from side to side, the storm must have caught us she thought.

She came out onto the deck of the ship to see the sailors trying to keep the ship steady,

rain was poring down from the sky and the waves hit the ship hard enough for their water to come in contact with Arya.

She felt as her clothes started to get wet but she didn't to care, she asked the first mate what she should do to which he replied by saying that she should just stay below deck.

Arya refused to leave, she was never a coward and she is not going to start being one now. The waved only grew stronger as the time went on and the storm above them intensified.

Thunder and lighting played in the clouds and the wind blew like nothing she had felt before.

The first mate noted that was like no storm he saw before, it was like it was specifically targeting the ship. They thought that it could not get worse but it did.

Arya could taste the salt one lips now, then she looked in front of them and what she saw terrified her. An enormous wave was coming for them.

"Gods save us!" screamed one of the sailors.

All they could to is watch as the wave came for them. Arya refused to believe that this is it, that she will die like this, in a middle of ocean.

The wave hit them and shattered the ship, the crew went in all directions. Arya was underwater, she felt the currents carrying her down. She tried to fight them but they were to strong.

Is this how she is going to die, is this her end she thought.

She escaped Kingslading, survived Harenhall, the Riverlands, she trained with the faceless men, she killed the Freys and she is going to die like this. No, not like this.

I refuse to die like this. With new strength she started swimming up, managing to reach it just in time. She pulled the air in, her lungs filling once again.

She tried to look around to see if any one was there with her but a wave brougth her beneath once again, then all went dark.

She was in a large hall, it was familiar. A large figure was standing next to her talking but she could not understand anything. Then she saw more figures, a women, two men, a girl and two boys.

She looked at them with confusion, they all looked so familiar. Then she remembered, it was them, her family.

Her father Eddard Stark, mother Catelyn Stark, brothers Robb, Jon, Bran, Rickon and her sister Sansa. They all stood around her saying something but she could not hear.

Then a new figure appeared, a man, tall and strong, he also felt familiar. She approached him, she gazed at his face and saw Gendry. He put his hands on her chicks and spoke "Wake up.

You must wake up." Arya opened her eyes to see the first mate with his lips on hers, she turned to the side and puked out some sea water.

Arya coughed while she started bringing air back into her lungs. After few seconds she was well enough to speak again. "What were you doing?"

"Reviving you. You weren't breathing, so I had to do something, for a moment I thought you were dead."

"On some beach. Looks like you were right, there really is land west of Westeros. Shame we had to discover it like this."

"Are there any other survivors?"

"I found few still alive but not more. It appears that they drowned during the storm." Arya could clearly notice the sadness in the mans voice. Those men were his friend, family.

She felt guilt because they died because of her.

"The good captain went down with the ship, my lady." She looked if anything was broken but she was fine and her sword was still there.

Arya managed to get up, her legs were shaking but she could walk.

"I will be fine. Lets find the others." said the Stark in a commanding voice.

"As you wish." The two walked for several minutes before reaching the other three survivers, the navigator, the cook and the cabin boy.

The cabin boy was pleased to see us but not then other two. They gave her angry looks while she approached.

"This is all your fault," said the cook "If we never went on this journey of yours the others would still be alive and we wouldn't be stuck here."

"We don't even know where we are." said the navigator.

"We aren't stuck, we will find a way of this place." Said Arya.

"Yeah right, like anyone will come to rescue us. We. Don't. Know. Where. We. Are." said the cook. The group continued to argue before the first mate finally had enough.

"Enough! As the first mate I order you all to stop fighting. We need to assess the situation. Yes we don't know where we are but there might be someone here who could help us."

"Just because no one sailed here before does not mean that there aren't people here. The best thing we can do now is to get off this beach. Agree?"

"Yes" all said in unison.

"Good. Now lets get going." The group followed the first mate. They walked for some time with nothing in sight.

The three men behind Arya and the first mate kept to themselves while the mate started talking with her.

"I know who you are but you don't know who I'm. The names Rodrick, Rodrick Flowers." said the first mate.

"Flowers, you are a bastard?"

"How did a bastard become a first mate on a ship?"

"On a ship it does not mater who you are as long as you do a good job. I did an excellent job and quickly became the first mate.

But that should not surprise you, what I hear your bastard brother became king." Arya smiled at the thought of Jon, she wondered what would he do it this situation.

"Well, at least I'm the first bastard to sail here."

Arya then remembered something her father once told her "We aren't the first to sail here, my ancestor once tried to sail here with a whole fleet."

"They never came back. His son burned all the remaining ship our house had after that."

Arya looked at the ground with a sad expression on her face. "Maybe it should have."

"Wait, what is that?" said Rodrick. "It that a road?" He quickly ran in front of everyone "Its a road!" the other same after him.

"A road means that someone lives here." said Arya.

"Which means we can find someone to help us." said the navigator.

"Well its better then standing here waiting for death, come on then." said Arya. Someone lives here, someone actually lives here she thought.

For hours they walked following the road, the three men were in front of her and the cabin boy when they reached a hill.

Then out of nowhere Rodrick shouted "There look! A castle!

"A castle?" said Arya. The three men ran up the hill, once they saw it they felt relieved. Arya and the boy looked at each other and quickly ran after them.

Once they reached the top both were surprised what they saw but in a different way. Arya was filled with a filing of dread and disbelief.

"No, how could this be?" There in front of them stood a castle with black walls with an all too familiar banner on it, the flayed man of House Bolton.

AN: "A naked man has few secrets, but a flayed man has none."