Commaful
The lion and the wolf 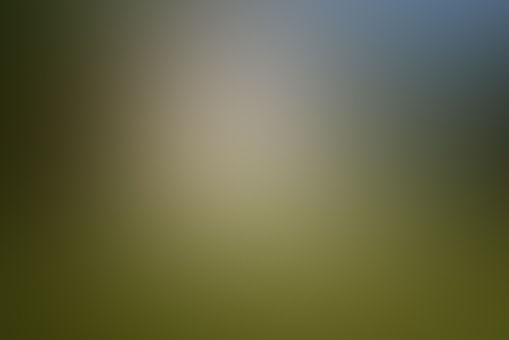 adam99jt Community member
Autoplay OFF   •   a year ago
Transcript Use Images
We all know Eddard Starks fate but what would have happened if someone came to his rescue. Someone who no one in Westeros would ever expect, not even Varys or Littlefinger.
fanfiction gameofthronesgame of thronesactionfunreturn homehouse lannisterrescue nsfw action fanfiction

The lion and the wolf

AN: This is a short story I came up with mostly because I really like Eddards character and I really wished he survived at least a bit more.

I wont spoil anything here, just read it and you will see what happens. Read the books they are great mostly because there are a lot more details then there are in the show, at least for me.

Leave your opinion on this story and i hope you like it.

The lion and the wolf

Ser Ilyn Payne climbed the steps of the pulpit.

Both Stark girls watched in horror as the mute knight was preparing to kill their lord father while the entire time the crowd roared in anticipation.

This entire spectacle was being watched by a man in the crowd, he saw the little girl behind the statue and the girl on her knees next to the king and queen.

The king watched with satisfaction as ser Ilyn pulled out the great sword from its scabbard. The man started moving his way through the mas of people who were waiting for the execution.

He made his way to the front of the crowd and went towards the pulpit. He started climbing the steps but was quickly stopped by two kingsguard, Joffrey looked at the man.

"And what do you think you are doing?"

"Me, your grace, I come to ask for you to spare lord Eddards life."

Joffrey laughed at the mans words "I already made my decision! The traitor dies!"

"In that case I demand a trial by combat for lord Eddards life."

"I made my decision he dies, that is the kings word."

The man turned to the crowd "Good people, your king those not seem to care about the traditions and way of our land.

A man is given the right for the trial by combat and yet your king denies it to this man here.

" The hooded man pointed in lord Eddards direction "What is a king who does not follow the laws of his land!" The crowd started agreeing with the mysterious man.

"Give him a chance!"

"Let him fight for his life!"

The young king gritted his teeth and clenched his fists in frustration. He was the king, how could anyone speak to him like this.

He noticed that the people were getting restless and so he granted the request believing his kingsguard were more that a mach for anyone who challenged him.

"I will grant this request, but who will fight for this traitor?"

The cloaked man took another step forward "I will fight for him!" Joffrey laughed at the man.

During this time queen Cersei was wondering who the man was, his voice was familiar to her so she had to have met him somewhere. The may he moved and the way he spoke was eerily familiar.

Maybe he was a lord or a knight she wasn't sure, but there was something familiar about him.

"Alright then, Ser Preston Greenfield you will be my champion."

"Its is an honor to serve my king." Eddard watched the whole thing enfold, he did not believe that someone was trying to save him from his terrible fate.

Who ever he was he was brave, to say the least. Two guards removed the northern lord from his spot and held him to the side.

The man walked up the steps, as he was passing by the queen he gave her an odd smile, she was surprised by this but shuck it off.

He took a stand in the middle of the pulpit and looked at his opponent. Ser Preston could not see a sword in the mans hands.

The man smiled "There is no need for that, I have one of my own." With those words the man moved a part of his cloak to the side to reveal a sword.

The sword immediately attracted the attention of all present there.

Its hilt was red and gold in collar and on its top stud a lions head, the man pulled it out to revile that the sword was made out of Valyrian steel.

The people around him stared in disbelief, especially the queen who knew the sword well, she saw the drawings of the sword in the library of the Rock.

The sword that was lost with her ancestor ages ago in Valyria. Her father tried to buy a similar sword from the other lesser noble houses but never succeeded.

And now here it was in the hands of this man, there was only one man this could possibly be, he had finally returned and had picked the worse time for it.

The man removed his hood and cloak and tossed them a side, there now stud a blond man in red ornate armor wielding the great ancestral sword of his family Brightroar.

"Uncle Gerion?" said Cersei with pure shock and disbelief. How could this be possible, everyone thought that he died years ago.

He disappeared while looking for the valyrian steel sword of their house.

Gerion looked at his niece who was still in shock "What is it Cersei, you look like you seen a ghost.

" Joffrey gave her a confused look wanting to know what was going on but she did not say a word.

Then the kingsguard attacked the smiling Lannister, swords clashed into each other making a clinging sound, that crowd roared in excitement.

The two knights fought valiantly each matching the others blows.

To those few that realized who the man was in was obvious from who Jaime inherited his fighting skills, the man here was as good as the golden lion.

Both Varys and Petyr Baelish watched everything enfold, both wondering how the return of the lost son of house Lannister had not come to their attention.

After a while Gerion decided that the people had a good show a wanted to end it spectacularly.

He used his full force to swing his sword towards ser Preston, the kingsguard tried to block it but his blade shattered when it came to contact with the valyrian steel sword.

Brightroar went through the kingsguard sword and logged itself into the mans neck. The rest of the royal guard watched in shock as one of their own was just killed.

Gerion pulled his sword out of the mans neck and looked at lord Eddard as ser Preston's body fell to the ground. The people around watched in disbelief and wonder, especially the young king.

The king refused to acknowledge that he was beaten, he was not just going to let a traitor go, he and this man will die together for defying him. "Kill them both!" he shouted to the kingsguard.

The men pulled out their swords ready to fight, but none had the courage to attack first, they just surrounded him and waited.

"So this is how you treat me, I have won fairly and now by the law I should be released with lord Eddard and his daughter. But instead you order my death, I true king would honor his word."

"I'm the king! If I want someone dead, they will die!"

"Any man who must say I'm the king, is no true king!" Gerion smiled at the boys frustration.

Then finally Cersei came out of her state of shock and reacted "Don't, he is your uncle!"

The young king turned his gaze to his mother "What?"