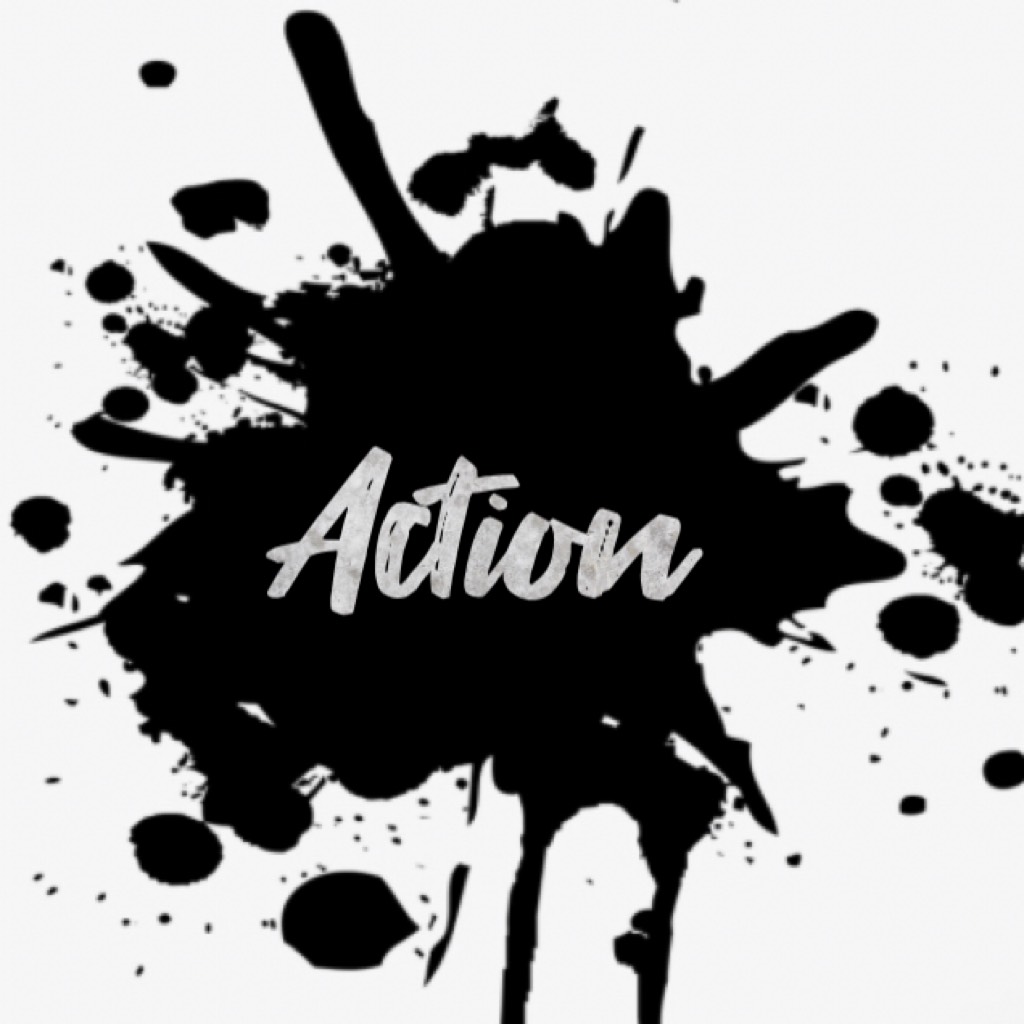 action_stories We write action comedy narratives
Autoplay OFF   •   a year ago
Transcript Use Images
Her heart was pumping as she entered the arena. Several eyes looked her way. Many kids were surprised, some were serious, and most were expressionless.
fiction adventureactionfightmissiontrainingsuspectioncomedy

"What's wrong with you?" Finn got up, dusting himself off, clearly mad.

"I thought...you were...the...," She stammered, making sure she didn't meet his eyes, "sorry" she whispered, and ran away. Far away from the academy.

She knew Jaxon was at her heels. He was one of the fastest runners she'd ever met, but she didn't feel like talking to him. To anyone, actually. She wouldn't know what to say.

Her heart raced, sweat dripped down her forehead. She had been running for quite a while. Surprised that Jaxon was still behind her, yelling her name. She wanted to stop.

She wanted to let him catch up. She wanted him to understand, but she knew her problems were hers to face on her own. She kept running. Exhausted, she quickly collapsed.

Jaxon caught up, gasping for breath. It was just heavy breathing for the next five minutes. When they recovered, Jaxon looked at her with sympathy, "You don't have to" he coughed "run, you know,"

"You never do, but you have to sometimes,"

"No." It was her final answer.

"Alright then..." He seemed a little disappointed, she couldn't help but feel bad. Her whole life, she had always locked others out, especially Jaxon, who tried so hard to help her.

Stop, she thought to herself, you're making yourself feel too bad.

He had given her no choice, "fine".

The walk was definitely longer than the run. Zaya's feet were cramping up. Getting sore. Eventually, they reached the entrance of the mountain.

She didn't know who, or what, was waiting inside, but she didn't want to find out.

"Come on Z," Jaxon said, "We're too vulnerable out here,"

Zaya hesitated, she knew Aidan would bring her to his office to talk. Everything was so mixed up in her mind. Nothing made sense, yet it all made exact sense at the same time.

There was no turning back when she walked up to the scanner. It identified Jaxon, then Zaya. It was the best security system there was. How could a Shade have passed it? It was impossible.

Zaya held her breath as the elevator doors opened, revealing Aidan, standing there, waiting. Expected, but not what she wanted.

She was aware that he might be an imposter, yet she couldn't believe it.

They walked through the elevator doors. Zaya noticed Jaxon looking at her. She stood a little taller. She didn't want him to suspect anyone just yet.

"Zaya," Aidan's voice startled her. A shiver went up her spine, "I would like to talk to you. alone,"

If she hadn't been shaking before, she definitely was now. Did he know, she knew? Did he want information? From her?

She could only manage a whimper.

"What's wrong Z?" Jaxon put his hand on her shoulder.

"N-nothing," Maybe it wasn't him. She had to relax.

"I'll leave you two alone," he pointed at a dark brown haired girl, "I'm gonna hang out with my sister. Maybe bother her for a while," he left.

"I would like to have a word with you," his smile faded. For an 18 year old, he was terrifyingly serious, at times, "I believe you suspect something,"

"You don't need to say it, I already know what you're thinking"

After this evening, she wasn't ready to talk. Of course, she never was, but this was different. Her training had never prepared her for dealing with anything mental.

She had only learned how to charge into battle and all the fighting tactics along with it.

What Aidan had said to her was too much of a concern. Turns out, he didn't think she had suspicions of him. He had ideas of his own. Ravana? The imposter? Possibly.

Zaya slowly looked up. Three of the best Xenos were preparing to infiltrate the Shades' base. She had always wanted to take a dangerous mission, though no one trusted her enough to.

The Xenos shapeshifted into hawks and flew off.

There were levels of energy within types of animals. Hawks were very hard. She'd dreamt of transforming into one. Flying freely.

Succeeding in missions required stealth. Hawks brought that stealth quite well. But she knew she wasn't ready.

"You good, Z?" She realized she had fallen so deeply into her daydreams, she didn't notice Ravana and Damon standing right in front of her.

"I see you had a talk with the suspect." Ravana started.

"You know, I can detect you lying, right?"

"What did he really say?" Ravana gave her a cold glare. As if forcing her soul to leave her body if she did not speak.

"It was business stuff," Technically, that was the truth.

"Ok..." She still looked suspicious "Don't listen to him. Whatever he says. You know he isn't right,"

Zaya only managed a groan. Her heart was going crazy. She couldn't keep up with the beat.

For a second, Zaya thought she saw a figure behind Ravana, but when she glanced over, there was no sign of anything.

"It's best if you get some sleep..." Ravana said, gesturing her arm towards Zaya's room.

She tossed and turned. Her dreams were not going to be better than they were before. So many things were zooming through her mind.

Who is the Shade? What do I have to do? I don't want to mess things up.

Before she knew it, she drifted off.

All she could hear was a heartbeat. Slow and intense. Growing faster by the second. The suspense grew, as the beat got louder. Hesitating, before every thump.

She hadn't noticed until then, but she was standing out in the middle of a street. The one she was in a few days ago while fighting that Shade with Jaxon, but it was foggy.

She could barely see a foot ahead of her.

She saw a figure. Maybe two...three? First, it was Aidan. He emerged from the mist.

"It's me you suspect" he spoke calmly.

Suddenly, Jaxon and Ravana, both came out. Their steps were heavy. Unsteady.

"Don't act scared," They all said in unison, "We won't hurt you. We aren't Shades"

They took a step towards her, every time they said a word. Zaya backed up, bumping into the wall behind her. It's just a dream, she thought. Yet it felt so real.

Ring! The alarm snapped Zaya awake. Today was it. The day of her Xeno training. The academy had gotten a new set of obstacles and training utilities.

They were top-notch and built to test your abilities to the max.

Her heart was pumping as she entered the arena. Several eyes looked her way. Many kids were surprised, some were serious, and most were expressionless.

Zaya could tell which expression fit which category. The surprised were usually Xenos. They had a knack for staying alert, being the ones who fought in the field and all.

The serious were most likely SoothSayers. They knew too much to feel anything besides anger and depression.

That left the expressionless ones as TeleCanios, who were powerful enough to keep their emotions in control. They made good spies. They'd never give anything away.

Zaya blinked. She had forgotten she was in training, "Uh, yeah,"

"Alright, let's start with a simple bunny. Clear your head, concentrate on your center. Imagine a bunny. Every little detail counts if you want to fool a Shade," he advised.

Zaya did as she was told. An image of a little furry bunny popped in her head. It was white, cute, and innocent. Its eyes were gray, just like hers.

She opened her eyes. Was Aidan taller than usual? Indeed he was. She had succeeded in performing her first shapeshifting.

She concentrated, just as she did with the bunny. Her mind empty, with only an image of a Siberian Husky. Zaya opened her eyes. Nothing had changed.

"Ugh," she rolled her eyes. This was going to be a lot harder than she thought it could ever be.

"Patience," Jaxon said. She hadn't noticed he had come in to watch her.

His support gave her some confidence. She tried again... and again, and again. No luck.

"This is hopeless!" She kicked a chair in frustration.

Aidan hadn't said anything to her. He stared off as if he were thinking.

Suddenly, the most unthinkable thing happened. It was all a blur to Zaya. First, the flashing red lights, then the loud roars up above the academy. Darkness set over her and Jax.

She wasn't sure, but she couldn't find anybody in the darkness. A chill went up her spine as she heard the desperate yells of Ivors, and the evil laughing of Shades.