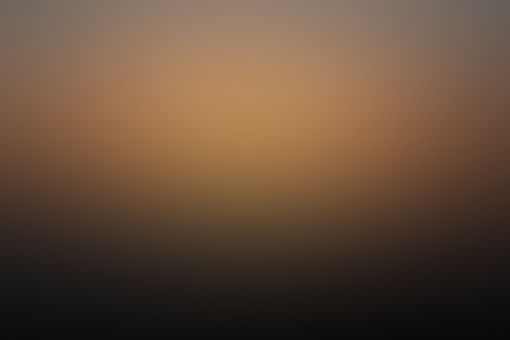 "The results have shown that you do not have HIV."

Chris sighed a breath of relief. It had been his biggest fear - having the disease was practically a death sentence.

He stood up, shook the doctor's hand and followed the doctor out of the office to the secretary.

She smiled at him as she scribbled down his details on a piece of paper, meanwhile his eyes passed by the surveillance camera on the desk beside her.

Mike walked over from where he was sitting and grabbed Chris' hand, giving him a reassuring smile. They left the Practice, and walked towards to car.

As they sat down, they had a quick celebration, before driving off.

"CHRISTOPHER PERKINS, GET YOUR ARSE DOWN TO THE TABLE THIS INSTANT!" Richard Perkins, father of Chris Perkins, roared as he slammed the morning newspaper on the kitchen bench.

Chris jumped out of bed in alarm and ran down the stairs, wondering what he had done this time.

As he entered the kitchen, today's copy of The Morning Gazette was shoved in his face, headlining "HOMOSEXUALS PANICKED BY DEADLY GAY DISEASE!

" He hurriedly skimmed the article, catching phrases about being "punished for their sin" and gay men being "irresponsible" and "guilty of the unholy act.

" His heart dropped when he read the last paragraph:

"Michael Williams and Christopher Perkins, a young, allegedly homosexual couple, shown in the picture above, were found recently at the West Wilmington Heath Clinic, testing for this disease."

" Her condescending tone that emphasised the 'them' was a tell-tale sign for Chris that this was not going to go well.

Chris remained silent, not daring to look his parents in the eye.

His father's face had turned a shade close to purple. Chris could see the anger welling up inside of him. He tried to talk, to come up with an excuse, but his throat locked.

His voice escaped him. His mouth opened and closed a few times before his voice came back and he was able to break the silence.

"I DID NOT RAISE YOU TO BE A FAIRY, BOY! NO SON OF MINE WILL BE A SHIRT LIFTER," Richard bellowed.

"Chris, honey, are you sure? Maybe its just a phase? What about that lovely girl, Cindy, that lives down the road? What would Jesus say?" Linda, his mum said, her normally olive skin pale.

Richard was not impressed. "So you're a bloody poofta now? And what about this disease all you homos have? You're trying to spread it to us?"

"Dad, its not like that. We, I mean I, just wanted to be safe," Chris explained. "I didn't mean for this to happen."

"Well I would bloody hope not!"

His father interrupted. "I don't think I want to hear any more from you. Be normal, like the rest of us, or leave."

Before he could listen to any more of his parent's ramblings, he ran upstairs, tears running down his eyes.

He knew that if they found out his sexuality it wouldn't turn out well, he reasoned, but like this? From a newspaper article?

That someone had no right to publish about him, and that could ruin his life forever? How did a journalist even find out?

Double-knotting the laces of his Converse, Chris creeped down the staircase, as silent as possible. He couldn't bear seeing his parents after that adverse confrontation.

As soon as he made it to the bottom, he dashed to the front door and left, letting it slam behind him. He didn't stop running until he made it to his safe spot, otherwise known as the library.

As he walked into the library, Chris was received with a considerable number of stares. Unpleasant stares. Even outside his house, Chris realised, he wasn't safe.

His old safe space, where he could hide away from the world, was gone. He passed by his usual spot, and walked into an aisle, grabbing a random book off the shelf.

'1984' by George Orwell, the cover read. Chris snorted at the irony of the title.

He walked over to the furtherest desk, hidden away from everyone, with his book in tow.

After reading a few chapters, he had become so invested in the novel that it took him hearing his name being called multiple times to break him out of this trance.

He looked up and he blushed when he saw who the perpetrator was.

"Mike," he breathed in surprise.

Without missing a beat, Mike pulled him up from his chair and hugged him.

"How are you?" Mike looked at him, his eyes wide with dark shadows resting underneath them.

Chris pulled back. "Not good. Mum and dad aren't happy."

"Shit. Well, I mean, thats to be expected." He smiled dejectedly.

"Yeah. Dad called me a fairy and shirt-lifter in one sentence, and mum tried to convince me that I liked Cindy."

"What a Dick." He paused, then they burst out laughing.

"In all seriousness though, what about you?"

"Eh, my flatmates couldn't really care less. Thank God I moved out when I did. I think I would've had it worse than you." Mike said, grimacing at the thought.

"I might have to move in. My dad said that I have to 'be normal' or leave."

"I wonder what they would say about us sharing a bed," Mike pondered in mock- thought for a moment, before breaking out into a smile. "Hmm..."

"Maybe we can fix it! I heard that some churches are doing this program to help young people to stop suffering from homosexual thoughts!

" Chris caught his mother's desperate voice as he walked past the living room.

"Its too late, Linda," He heard his father respond, "Everyone knows. You should've heard the whispers and stares I got when I picked up the paper this morning."

Chris couldn't endure listening any longer. He went upstairs and belly-flopped onto his bed. The guilt he felt was insufferable. His life, he could deal with.

But the fact that he ruined his families' lives too?

He thought back to the photo of him and Mike at the doctor's office. How would have that been taken? The only people in the room at the time was the doctor and the secretary.

Doctors are signed to confidentiality, and the secretary was a woman. The article was written by a man.

He was interrupted in his thoughts when his parents barged into his bedroom.

His mothers eyes were swollen and red, and the expression his dad was wearing suggested that he hadn't seemed to calm down much either.

His father snorted. "You can say that again."

"Richard, please." She looked pointedly at her husband. "Anyway, we decided that. Well, that."

Chris wiped his sweaty palms agains his jeans, and looked up, hopeful. "Yes?"

"It's as we said before. You're one of us, or your not." Richard's rough voice left no room for question.

"Its not that we don't love you, but we can't accept that sort of lifestyle in our Christian home. Imagine what the neighbours would say," His mum rationalised with him.

"But mum, dad. It's not something I can change," Chris said, eyes trailing the floor.

"You can and you will if you want to continue living here. Otherwise, find a new home."

He looked at his father and saw in his face that this was not up for debate. Chris stared at the floor and swallowed slowly.

His head was racing, what was he meant to do? Leave his family or repress his true self?