Commaful
TOP influencers from the crypto industry 2021: Who are they? 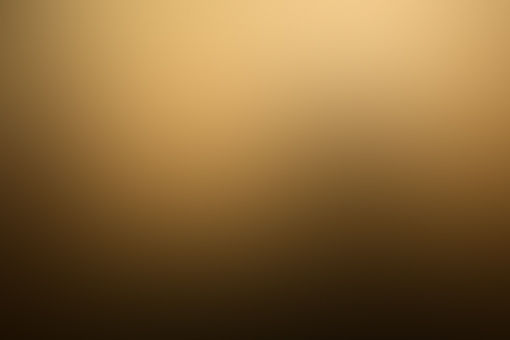 abbyb Community member
Autoplay OFF   •   a month ago
Transcript Use Images
Influencers can cause a big impact on society, especially within their audiences. Therefore, it's not surprising to know that we also have influencers in the crypto space. They can create huge price movements with a single video or tweet - and we are going to talk about them so you can follow them and be up to date with what they have to say.
thoughts cryptoinfluencers

TOP influencers from the crypto industry 2021: Who are they?

Influencers can cause a big impact on society, especially within their audiences. Therefore, it's not surprising to know that we also have influencers in the crypto space.

They can create huge price movements with a single video or tweet - and we are going to talk about them so you can follow them and be up to date with what they have to say.

This is especially important for newcomers because you need to learn that not all that influencers say is right. They can be wrong big time, too.

So, before you go and purchase Bitcoin on paybis.com because an influencer said so, stay with us and learn.

Elon Musk has become the most important crypto influencer in 2021.

Thanks to his tweets, DOGE managed to go above the 40c mark - and even more important, it has fueled it with so much strength and momentum that shorting it is a lost battle.

Even though it lacks fundamentals and the proper technology, it still keeps pumping, and Elon Musk is the sole reason behind it.

It's a bit similar to the GameStop case, but the difference here is that the cryptocurrency space is not regulated, and hence, it's possible to pump DOGE without restrictions.

This is what happened thanks to Musk.

Also, he managed to boost the Bitcoin price by simply adding "Bitcoin" to his Twitter bio. This is the power that he holds, and that is what makes him the king of crypto influencers.

He might not be involved beyond purchasing BTC with Tesla or tweeting about DOGE, but what he has to say can create huge waves in the market.

Therefore, it's a good idea to follow him on Twitter, to stay up to date with his latest tweets, as they could prove to be incredible investment opportunities.

It's interesting to see how Elon Musk has evolved. He passed from being a Bitcoin skeptic to fully supporting it and even investing $1.5B in it.

This only speaks about how much his word will weigh in the crypto space for years to come.

Michael Saylor might not be as famous as Musk, but he's one of the most important influencers in the industry. It's rumored that he helped Musk to purchase $1.

As you can see, his word and advice hold a lot of power, and hence, he also can influence the market wildly.

He's not very popular amongst the general population or new traders/investors, but he's an important reference amongst seasoned investors and traders.

Michael Saylor was one of the most important reasons why institutional investors ventured into buying BTC and other important cryptocurrencies such as ETH and LINK.

Therefore, it's a wise idea to follow him because his tweets and mentions could end up making you a lot of money, especially if you monitor his replies and conversations.

As you have seen, Twitter is the most popular social network amongst crypto investors, traders, and enthusiasts, and it's not surprising to see that its founder, Jack Dorsey,

is also a big Bitcoin supporter. He has even gone to the extent of putting a small Twitter logo in BTC hashtags.

He also helped to boost the current bullish season because he commented that he was running a Bitcoin node.

Mentions like these are enough to boost the BTC price, especially with all the institutional money flowing in the market.

What to do with this info?

We advise you to stay away from TikTok influencers that shill coins like NotDog, Moonsafe, Moonratz, etc.

They are only doing it to pump their own bags, and leave you holding a very heavy bag of worthless coins.

It's important to choose who you listen to, and hence, stay tuned with these influencers.

In addition, you could explore other worthy mentions such as Dirk Diggy, who has proven to be an honest, transparent, and thoughtful influencer.

His calls and recommendations include ICX at $0.33, which has risen above $2.00 as of now, and its in continuation to its ATH.

Always follow influencers that speak about the fundamentals rather than plain shilling because that's the easiest way to lose money in the long run as an investor.

What other influencers do you follow? Have their calls made you money? Let us know in the comments because it's always good to explore new sources of information, especially if they're proven.

Also, if you have questions you can also let us know, we will be happy to get back to you!