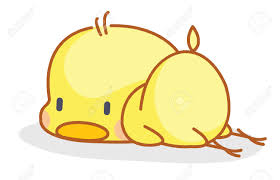 abbie Community member
Autoplay OFF   •   2 years ago
Transcript Use Images
Buzz was frustrated. He was now a retired toy movie star. And life as a retired toy movie star was not fun. After the success of Toy Story 3, he was asked if he wanted to do Toy Story 4 as well. The writers were very kind. They offered to write him off if needed.
fanfiction toy storyfanfictionbuzz lightyear buzz lightyear fanfiction

After the success of Toy Story 3, he was asked if he wanted to do Toy Story 4 as well. The writers were very kind. They offered to write him off if needed.

Woody and the others had signed on already. Even Bo Peep was going to come back for another sequel.

But Buzz....oh Buzz was tired. He had been doing this for so many years. Andy, who was a big reason for him to keep doing the movie, was too old now and had been written out of the show.

Worst of all, Buzz was just tired of it all. The on-set drama. The crazy hours. And while Woody might fool around with some of the cast, Buzz wasn't about that life.

He wanted a family. Kids even. And working on Toy Story made it difficult.

What nobody told him, however, was how terrible being a retired toy movie star was. It's much worse than being a former child actor.

First off, he was no longer a new toy, so automatically it was much harder to find work. People only want the "hot" toys on the market or toys currently in movies.

Nobody wants to work with the retired ones.

Next, everybody just thought he was adorable because they remembered him as "the guy from Toy Story".

Finally, toys age faster when they're not on set. Buzz lost paint, had scratches on his armor. When acting, the studios would take care of everything.

He got new paint covers and replacement parts on the daily. Nobody cared about Buzz in retirement.

So after all of that consideration, that was why Buzz decided to return for Toy Story 4. He reached out to the producers just in time.

Welcome Buzz, back to the limelight.